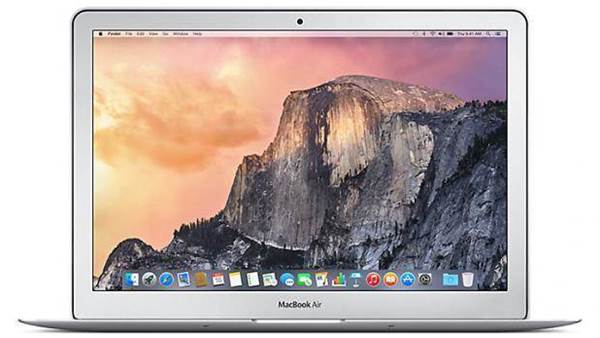 Apple's entry-level laptop has had a long-overdue upgrade, but is it enough to remain competitive?

The first MacBook Air was released a decade ago and it’s fair to say it hasn’t changed a lot of over the years, particularly its styling. However, starting at $1,499, it’s the cheapest in Apple’s MacBook range and it still looks pretty sleek, making it one of the more popular laptops on the market.

Apple has recently updated the MacBook Air – its first since 2015 – although the upgrades are fairly minor. Are they enough to keep the entry-level laptop competitive, particularly with the 12in MacBook now thinner and lighter, and featuring the latest specs?

It's hard not to like the familiar MacBook Air design, despite its age. Unlike the other MacBooks, there are no colour options available – it's silver aluminium or nothing – but that should be fine for most people. The Air is still impressively sleek and light, measuring 17mm at its thickest point and weighing 1.35kg, although it’s been trumped by the 12in MacBook’s 13mm and 0.92g.

The backlit keyboard, which hasn't been received the ‘butterfly’ switches treatment given to the new 12in MacBook, has excellent tactile feedback although is perhaps just a little rattly, but the key press action is nonetheless pleasing and there's enough travel to make it comfortable to type on for long periods.

The touchpad works exceptionally well, with no Windows-based laptop able to match the precise feel of Apple's design. Taps and clicks are effortless while gestures such as two-fingered scrolling, back and forward browser commands and two-fingered ‘right-clicks’ are reliable, accurate and instantaneous.

There are two USB3 ports – one on the left and one on the right – as well as a 3.5mm headset jack, an SDXC card reader and a Thunderbolt 2 port. That arguably gives the Air more flexibility than the 12in MacBook, which has only one port – although it is the newer, multi-purpose USB-C port. On the other hand, the higher-end MacBook Pro models are better again, offering four Thunderbolt 3 (USB-C) ports.

The other key upgrade is to the operating system, of course, with the MacBook Air now coming with the latest macOS High Sierra.

We were disappointed to see that Apple hasn't boosted the resolution of the Air's 13.3in screen. The 1,440 x 900-pixel resolution is still perfectly usable and reasonably sharp. But it lacks the detail and crispness you get on higher quality displays such as those in use on the 12in MacBook, MacBook Pro and Dell XPS 13.

Colour coverage remains an issue, with just 70% of the sRGB gamut served by the TFT panel. This lack of colour performance is offset slightly by a very bright backlight and matt screen that makes this laptop suitable for use outside and in bright office conditions.

Viewing angles are sub-par, though, particularly when adjusting the screen vertically. It would have been nice to have a higher quality or higher resolution panel in the Air, and at this price it's starting to look a little bit lacklustre.

As you might expect from the entry-level device for the MacBook range, the Air doesn't have the top-of-the-line specifications. Even so, the Air’s fifth-generation ‘Broadwell’ Intel processors are getting pretty old compared to the seventh-generation chips in the MacBook Pro and 12in MacBook families.

The 2017 upgrades to the MacBook Air are minor, so if you're looking for Apple to completely overhaul this device you may be disappointed. In particular, we’re underwhelmed by the screen and Apple’s choice of aging processors.

This is concerning since the other MacBook models continue to improve. For $400 more than the $1,499 Air, you can pick up an entry-level 12in MacBook or 13in MacBook Pro with much superior screen, seventh-generation Intel processor and other advantages. You can also find similarly priced Windows laptops that are thinner, lighter and more powerful.

That said, apart from the screen and processor, the Air holds up pretty well and it will still appeal to Mac lovers on a budget.