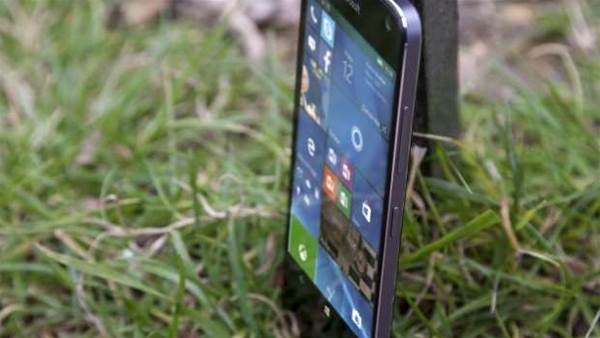 Microsoft's Lumia 650 has a great design, display and price – so what's the catch?

No sooner had Microsoft announced the Australian release of its Lumia 650 last week than the big news hit: the company was making further big cuts to its smartphone division.

But while the future of Microsoft smartphones was unclear, the company said it would continue to develop the Windows 10 platform and support its Lumia handsets.

That’s good news because based on looks and pricing, the Lumia 650 looks promising. Whereas Microsoft's first Windows 10 Mobile phone, the Lumia 950, is pitched at the premium end of the market, the 5-inch Lumia 650 is priced at a very reasonable $299.

Not that you’d know the 650 is a budget device by looking at it, because Microsoft has done a stand-up job on the design. In fact, you could argue the Lumia 650 is a better-looking device than the 950.

The Lumia 650’s gunmetal grey aluminium frame and exposed chamfered edges (machined at an angle of 38.5 degrees to maximise the gleam) cut a business-class dash, and its slim lines and understated detailing break with budget phone conventions.

If you don’t get on with the bright colours and plastic feel of the third-generation Motorola Moto G, this phone is the perfect antidote. Even though the back is made from thin, matte-black plastic, there’s a bonus: it can be removed to give access to a removable battery and microSD card slot beneath.

A close look around the edges of the Lumia 650 reveals more than just pretty machining. Along the bottom edge, you’ll find not a next-generation USB Type-C socket like on the first two Windows 10 Mobile handsets, but a bog-standard micro-USB socket.

Why is this important? Because it means the Microsoft Lumia 650 does not support Windows 10’s marquee feature, Continuum. You can’t plug it into the Microsoft DisplayDock and use it as a desktop PC as you can with the 950.

There’s also no iris recognition or fingerprint reader, either, but these aren’t the biggest of the disappointments. The major let-down is that the Lumia 650 is powered by a lowly Qualcomm Snapdragon 210 – a quad-core chip running at 1.3GHz – and it has a meagre 1GB of RAM. Those are the sorts of specs we’d expect to see on an ultra-budget smartphone costing under $200, not a phone expecting to compete with the likes of the Moto G.

At first, you probably won't notice. Menus scroll up and down smoothly enough, even moderately data-heavy web pages do the same, but as soon as you load up something more demanding – a game or the Maps app, for example – the Lumia 650 starts to stutter and slow down. In the benchmarks, its scores lag significantly behind the majority of rival phones at a similar price.

And it isn’t helped by Windows 10 Mobile’s bugs. Zooming into a photo in the Photos app revealed irritating glitching, the Maps app disappeared from the multitasking menu seemingly at random, and the voice memo app wouldn’t run in the background, so we couldn’t take notes while recording audio. We can only hope Microsoft is addressing these and other bugs.

Battery life is better, outlasting the Moto G third generation in our video rundown test by a handful of minutes. It lasted 11hrs 36mins to the Motorola’s 11hrs 12mins, which translates to around a day of moderate use.

This is all a bit of a shame, because otherwise, we quite like Windows 10 Mobile. The idea of having the same code base and app offering across laptops, tablets and phones is a sound one, and we like the unified look and feel.

And aside from Continuum, the Lumia 650 offers all the same software features as premium Windows 10 phones, although its low power processor means it doesn't show the OS in its best light. 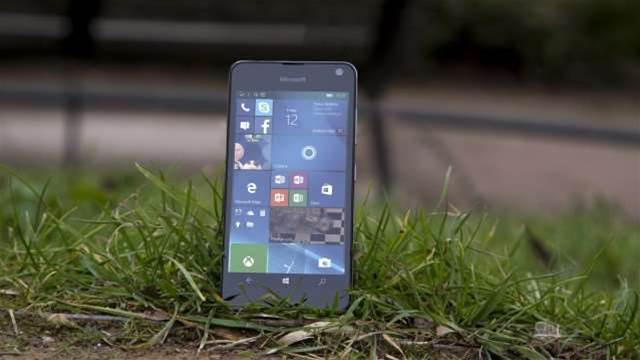 Usually, if the rest of a phone is disappointing, you can be pretty certain the camera will be equally rubbish. Fortunately, that’s not the case with the Lumia 650.

You’re not getting cutting-edge camera tech here: the camera is an 8-megapixel offering, with a single LED flash and a 5-megapixel shooter at the front and there’s no fancy phase detect autofocus or optical image stabilisation, either

However, the quality is pretty decent. Photos were crisp rather than smeary and, as long as you hold the phone steady, you can get acceptable snaps out of it. I like the Windows camera app, too, which lets you switch quickly between auto and ‘pro’ modes at the flick of a finger, although the lack of any kind of HDR mode is a bit irritating.

Video quality is limited by the speed of the processor, topping out at 720p and 30fps, when even budget phones are capable of capturing 1080p, but largely we were pleased with results the camera produced.

The display is another positive feature. It’s hardly cutting edge, with a resolution of 720 x 1,280 pixels, but contrast is perfect, thanks to the use of AMOLED technology. In our testing it also achieved maximum scores in brightness and sRGB colour range.

To the eye, it’s more than respectable. White and light grey tones have a slightly yellowish tinge to them, but unless you squint hard you’ll not be able to spot the pixels, and the deep black and super-saturated colours typical of AMOLED screens mean images and video look great. It’s certainly a lot nicer than the dull screen fitted to the third generation Moto G.

It's also fitted with Microsoft's Clear Black polarising layer, so it’s readable in bright sunlight and you also get a Gorilla Glass 3 topping so it's less vulnerable to cracking, scratching or shattering than phones that use no-brand toughened glass. 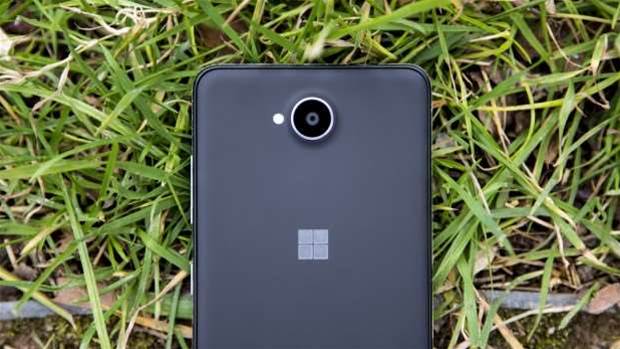 After first setting eyes on its slim form and understated design, we wanted to like the Lumia 650. Its screen is great, the camera isn’t bad and there are plenty of elements of Windows 10 Mobile that we like.

But it's completely spoiled by Microsoft's decision to hobble the performance of the phone by shoehorning in a processor so low on power that not even Windows Phone can make it look good.

That, ultimately, is what turns the Lumia 650 smartphone from a potentially great phone into a disappointing one – and that's a shame because Windows 10 Mobile needs every bit of help it can get.