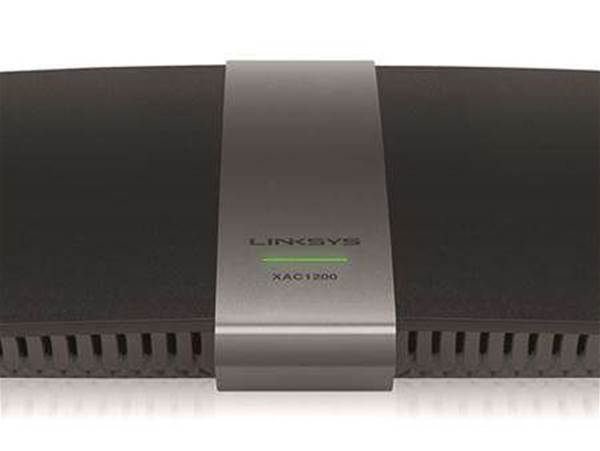 It would be simple to write off the Linksys XAC1200 due to the lack of antennae and its very simple and clean build. Unlike a lot of the current AC routers (like Netgear’s stealth fighter themes...), this elegant option definitely tones down the style and size, using only one light on the front and no buttons at all. The XAC1200 immediately wins points for its design.

The box’s low profile nature means that it’s good for users who like something that fades into the background of their decor. The odd trade off for its sleekness and size however is its hefty power supply/modem in which Linksys have moved one half of its operation out of the router and into this cumbersome power box. Though it is far from a design flaw, the box does struggle to fit into a conventional powerboard meaning the unit can be a struggle to plug in if space around the powerpoint is limited.

Looking past this quirky issue, the XAC1200 has all the expected features of a router in its class, its interface is a little simple but it functions well for what it does. WPS can be found at the back for quick device connecting and there is a USB 3.0 port for HDD connection complete with a DLNA server system to share your files throughout your home. The back end interface is straightforward, yet it lacks the simplicity of some of its competitors. With a bit of flicking through menus most users will find most of the settings they desire.

Speed tests were strong with this unit, the high end 5GHz AC network averaging out at around 68.4 MB/s when connected to a AC1200 adapter, which is not the fastest in its range but still powerful and reliable for any task you can throw at it. Its 2.4GHz frequency was a similar experience, running at an average of 31.63 MB/s, a great score for the money.

With good speed, up to date features, and strong and steady connection performance, the Linksys XAC1200 is a great router for those looking for the functionality and performance with strong 802.11ac capability, but who also may want a device that bucks the emerging trend for outrageous styling, and will simply blend seamlessly into the background of their home, office or apartment.

Verdict
Linksys aim for the upper mid-range with their new router, but does it have enough difference to make a splash? Read the review.
Performance
Value for Money
Features & Design
Overall
Specs
$249.95 AUD
(pricing info)
Newsletter Signup

I have read and accept the privacy policy and terms and conditions and by submitting my email address I agree to receive the Business IT newsletter and receive special offers on behalf of Business IT, nextmedia and its valued partners. We will not share your details with third parties.
Copyright © PC Pro, Dennis Publishing
Copyright © PC Authority, nextmedia
Tags:
hardware linksys xac1200 review
By Staff Writers
Jan 2 2015
11:13AM