Linksys Velop review: the easy way to improve your Wi-Fi 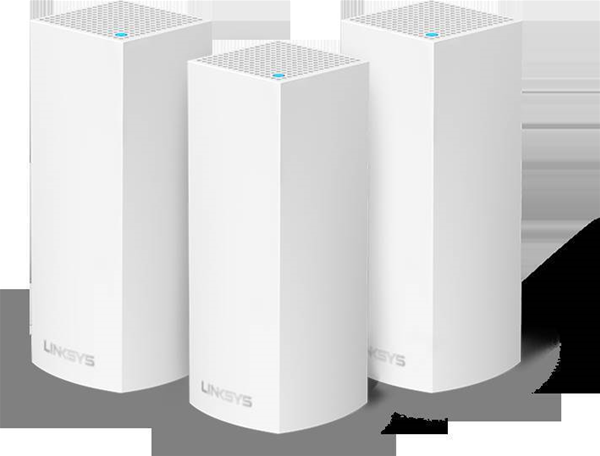 Setting up wireless networks can sometimes be a pain. On top of clunky configuration interfaces, you've often got to contend with signal dropoffs and black spots, particularly if your building has thick walls. Mesh Wi-Fi products are designed to eliminate this problem, by using multiple interconnected nodes to create a single, seamless network.

The Linksys Velop is one such product, and is intended to take the fuss out of the often-complicated process of wireless networking. While it's primarily designed for a consumer rather than enterprise use-case, the Velop has some interesting applications for small businesses who want to invest in a mesh Wi-Fi network without the associated hassle of setting up business-grade IT solutions.

Routers are rarely attractive, but this product definitely emphasises form as well as function. Linksys says the Velop is “designed to disappear”, with the aim being for it to blend into your home decor. It has a sleek, minimalist shell rather than the squat, boxy chassis usually seen on networking products.

Comprised of a tall, square column of high-quality white plastic, the Velop has a footprint that the company claims is 88% smaller than traditional routers. We'd be willing to agree with this – this petite router will fit very well into even the most tightly-packed offices – or kitchen or living room if you’re using it at home. It looks good, too; it's simple, elegant, and much more visually appealing than most other wireless equipment, which tends to either be bland and unprepossessing or over-designed to within an inch of its life. 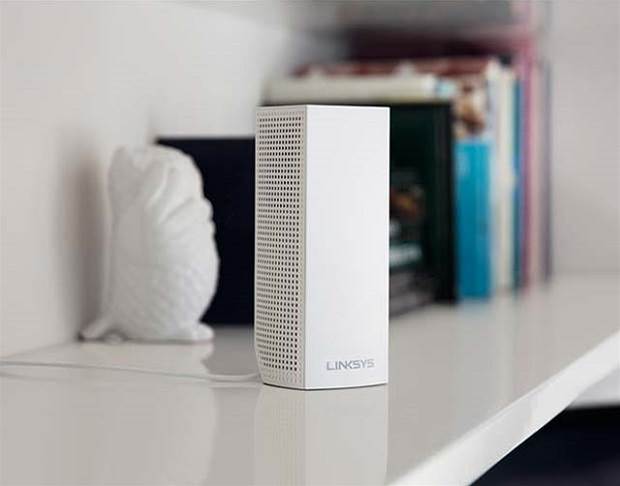 We also like the cabling setup, which involves plugging everything into a recess in the base and then neatly feeding it back out through a slot in the corner. It's a pleasing way of minimising cable clutter, which is always a good thing.

The setup process is easy. Done entirely through the Linksys app, the step-by-step process takes care of most of the configuration for you, and we got our network set up in no time. Adding new nodes to an existing network is simple too, meaning expansion shouldn't be a problem.

The management console (offered solely through the app) is good, too. It provides key settings and information such as connected devices and network status in a simple, easy-to-understand layout. It highlights more commonly-used configuration options like guest access and parental controls rather than in-depth networking protocol settings, but options like port forwarding, MAC filtering and IP settings are all still available through sub-menus. Of course, it can't rival the granularity offered by more high-end enterprise products, but for basic configuration it should more than suffice.

One setting that's notable by its absence, though, is channel and band switching. Although the Velop is a tri-band router, there's no way to specify which band you want to use – instead, the software takes care of all that, and will intelligently switch bands and channels on the fly in order to provide the best coverage.

We didn't notice any problems with interference while testing the Velop, but if manual channel control is a must-have, then you're out of luck.

One area where the Velop is limited is physical connectivity. Each node has two gigabit ethernet ports, instead of the usual three or four with most comparable routers. Two won’t be enough for many networks, and while you could always augment this with an ethernet switch, but this would seem to defeat the purpose of such as simple, elegant networking device.

The Velop uses three internal radios – one on the 2.4GHz band and 2 on the 5GHz band – with MU-MIMO technology and beamforming for better speed, range and performance. The theoretical ceiling for wireless speeds is 50MB per second on the 2.4GHz spectrum, rising to 108MB/sec with 5GHz. Sadly, as there's no way to specify which band your device uses, you'll have to leave this up to the router.

Performance was very capable when we tested it with iperf. We clocked a maximum throughput speed to the modem-connected node of over 50MB/sec at close range, with around 35MB/sec for the ones upstairs. The signal dropped off rather substantially at range, however, and we measured a throughput of around 10MB/sec over a distance of 25 feet. 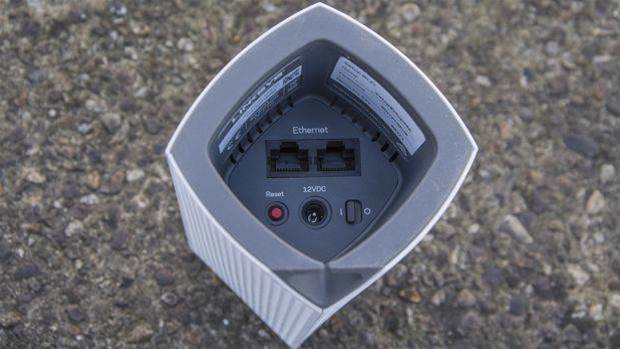 Coverage is good, too. Despite thick walls usually leading to numerous black spots in our testing environment, three well-positioned Velop nodes meant we had excellent coverage across the whole area, although throughput speeds can drop if you're between nodes.

While that is indeed excellent, it's not quite as impressive as other rivals - BT's Whole Home Wi-Fi solution in particular outperformed it in terms of throughput.

We had some issues with reliability too - nodes occasionally dropped out and had to be re-added to the network. Thankfully, given that setup is so easy, it's a doddle to get them back up and running again.

The Linksys Velop is due for release in Australia on 15 June 2017 and is available for pre-order now from the likes of JB Fi-Hi and Harvey Norman. Priced from $649, it doesn’t come cheap, but that does include two nodes. A three-pack costs $799.

The Velop works best as a 'set it and forget it' system. If you want blanket Wi-Fi coverage without having to worry too much about setup, configuration or maintenance, it works pretty well. Coverage is generally good, and speeds were very respectable.

For advanced use cases, however, it's less ideal – particularly if your IT setup involves physical networking over ethernet. In this context, the Velop is best considered primarily a wireless network device – and if an extensive wired network is needed, this is best done with a separate router/switch, with properly installed ethernet cabling and outlets.

On the other hand, there's a lot here to like. If you're looking for a more reliable wireless networking setup for a small office (even with multiple levels), the Linksys Velop could be just the ticket, offering a hassle-free mesh Wi-Fi network.