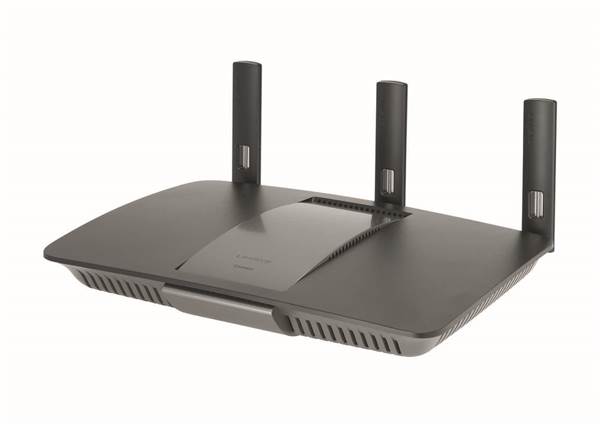 Now that 802.11ac is making its way into more phones, tablets and laptops, choosing an AC router such as Linksys’ EA6900, is becoming an increasingly tempting option. The new wireless networking standard has been somewhat slow to catch on – certainly slower than the 802.11n standard, which many manufacturers were keen to roll out before the final details of that standard were actually ratified.

Increasingly, consumer electronic devices – at least at the high end, or with premium models – are including 802.11ac as a standard. We’re starting to see it in premium TV sets, too, which makes good sense as media streaming (across multiple sources) is becoming popular and ac offers far superior performance to 802.11n for that. And if you’re going to opt for 802.11ac, you might as well go for broke and choose a top-end model. The Linksys EA6900 is the firm’s new flagship router – the first under new owner Belkin – and it’s packed full of appealing features.

As with the Asus RT-AC68U, the EA6900 is an “AC1900” device. That doesn’t mean its top speed is 1900Mbits/sec. Instead, the 1900 figure is a totting up of the router’s maximum possible link speed across each of its wireless frequency bands: over 2.4GHz the EA6900 can connect at up to 600Mbits/sec, while over 5GHz it can connect at up to 1300Mbits/sec. That 600Mbits/sec speed – 150Mbits/sec faster than standard 2.4GHz connections – is enabled by using a proprietary Broadcom technology, TurboQAM, so not every device will get the benefit. Like most top-specification routers, the EA6900 also lacks an integrated modem, so you’ll need a separate modem (cable or ADSL) to feed it an internet signal.

There’s plenty of features to get your teeth into, however. The router uses its three external antennae as a beamforming array, to help strengthen the wireless signal, and there are four Gigabit Ethernet ports at the rear. In addition, there’s a pair of USB ports (one USB 2, one USB 3) for sharing storage devices and USB printers.

Linksys’ Smart Wi-Fi admin interface is one of the best when it comes to installation and setup, and once it’s up and running, the widget-based UI makes accessing the router’s various settings a doddle. Parental controls make it possible to block and allow internet access based on the time and day of the week, and there are Android and iOS apps that allow you to take control remotely, set up guest access, and monitor your network from a smartphone or tablet. A selection of in-app extensions allow you to expand what you can do with these apps, and although there’s decidedly more choice for iOS devices than Android at this stage, we expect that to even-out.

Testing with a 3x3-stream Asus PCE-AC68 PCI Express x1 card, and using iPerf to measure maximum bandwidth, the router hit 72.4MB/sec over 5GHz at close range – faster than the Asus RT-AC68U – but 23.8MB/sec in our long-range test, which is slightly down on the Asus’ performance. Over 2.4GHz, we measured close-range speed at 19.2MB/sec and long range at 6.3MB/sec. On balance, we prefer the Asus’ results – it’s a better all-rounder.

We also tested the speed of shared storage over Gigabit Ethernet and found performance to be rapid, but again slower than the Asus. Still, there isn’t much wrong with sequential read and write speeds of 28.6MB/sec and 19MB/sec – they’re not far behind – and such results make it possible to employ the EA6900 as an occasional NAS drive.

The EA6900 is an excellent 802.11ac router. It’s speedy, easy to set up and manage, flexible and, most importantly, reasonably priced for everything you get. We prefer the Asus RT-AC68U, which delivers more balanced all-round performance, but this Linksys isn’t far behind and is still a top choice.