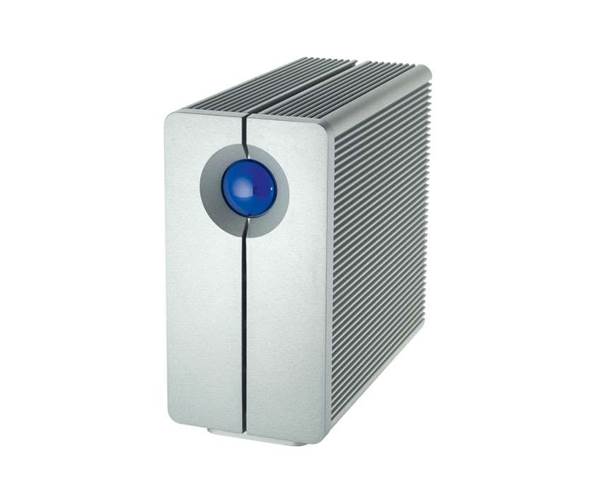 As with most LaCie products, the 2big NAS isn’t so much a piece of storage hardware as a design statement – it’s more comfortable sitting on a designer’s desk than loitering in a dark corner of the office. It’s a little noisier than your average external hard disk, but not hugely so.
LaCie gets a lot right with this two-bay NAS. Ours came with two 3TB drives fitted, but you can buy it without and slide your own drives into the bays provided, which lock with a coin-screw at the back.
It’s easy to set up, and has a clean and stylish browser-based control panel for configuring drives, users and more advanced features, such as iTunes and DLNA media streaming. By default, the drives are configured in a RAID0 setup, prioritising speed and capacity over data protection.
Newsletter Signup

I have read and accept the privacy policy and terms and conditions and by submitting my email address I agree to receive the Business IT newsletter and receive special offers on behalf of Business IT, nextmedia and its valued partners. We will not share your details with third parties.
It even makes light work of its cloud features, since the 2big NAS ties into the LaCie-owned Wuala cloud storage service. Folders on the NAS can be synchronised with folders on Wuala, and accessed remotely via the excellent apps for Windows, OS X, Linux, iOS and Android, or a browser-based interface. It’s simple to set up, and runs seamlessly.
The first downside to this approach is that you’ll end up paying for Wuala once the three-month 100GB trial is over. The second is that your data will be stored on Wuala. While it’s one of the more security-conscious online services (it doesn’t even store your password), storing data on a third-party service defeats the point of having a personal cloud.
Features and speed are even bigger concerns. The 2big NAS has USB 2 and eSATA ports, but it could do with USB 3, and it forgoes extra functions to do a few jobs well. Meanwhile, performance is average. Read speeds aren’t bad – 88MB/sec in our large-file test – but write speeds top out at an unimpressive 52MB/sec.
Given the solid build quality, the ease of use and the 6TB capacity, the LaCie 2big NAS is a decent option as a home NAS with cloud features, not to mention its attractive design, but there are better alternatives.
Verdict
Solid, attractive to look at and easy to use, but the LaCie 2big NAS 6TB lacks the speed and features to make it to the top
Performance
Features & Design
Value for Money
Overall
Specs
$549 AUD
(pricing info)
Copyright © PC Pro, Dennis Publishing
Copyright © PC Authority, nextmedia
Tags:
2big 6tb hardware lacie nas review
By Staff Writers
May 16 2014
5:56PM