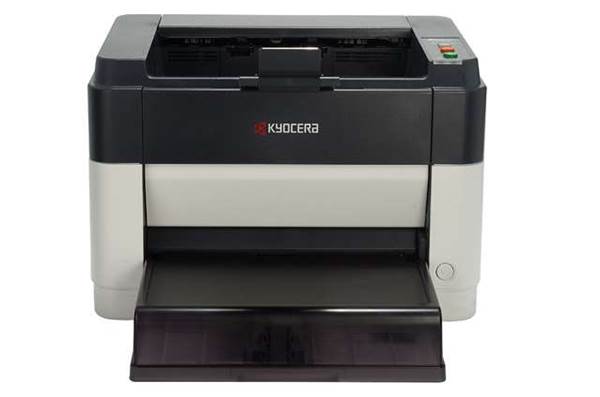 Compared with the sleeker, more attractive printers in the latest group test of which this review is a part of, the square, blue-and-cream body of the Kyocera FS-1041 looks old-fashioned.
Its frumpy looks are matched with a basic set of features. The input tray provides room for 250 sheets of paper, but its paper guides are stiff, and have a tendency to stick rather than slide smoothly to and fro – we were concerned they’d snap under the pressure needed to release them. There’s also no automatic duplex printing, Ethernet or Wi-Fi.
Newsletter Signup

I have read and accept the privacy policy and terms and conditions and by submitting my email address I agree to receive the Business IT newsletter and receive special offers on behalf of Business IT, nextmedia and its valued partners. We will not share your details with third parties.
Kyocera claims the FS-1041 is capable of printing at 20ppm; it achieved precisely that in our business document and standard letter tests. However, our PDF torture test knocked speeds down to a sluggish 12.8ppm. It’s also a noisy printer, and although it has a “quiet” mode, activating it doesn’t help a jot.
Kyocera’s pricey toner cartridges ($80) make matters worse. At 4.7c per page, the FS-1041’s running costs are almost $30 higher than its nearest rival after 5000 pages, and it is still the third most expensive in this test after 10,000 pages.
Print quality sees the Kyocera drop further down the rankings. Text isn’t as crisply defined as its rivals, with excess toner causing slight fringing around the edges of characters. Photos and solid blocks of grey are marred by coarse, ugly dithering; detail in highlights is blown out, leaving images looking bleached and overexposed; and dark areas are crushed into black.
Despite costing a reasonable $110, the Kyocera simply isn’t worth considering. With long-term running costs on the higher end of those on test, a lack of native networking ability and, most importantly, average print quality, it ends up being outstripped in almost every department by other printers in the printer group test of which this review is a part of.
Verdict
With a dearth of features, high long-term running costs and poor print quality, the Kyocera FS-1041 laser printer is best avoided.
Quality
Speed
Features & Design
Value for Money
Overall
Specs
$110 AUD
(pricing info)