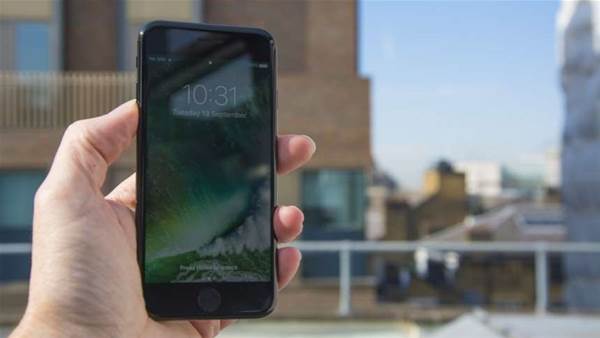 It's the best iPhone ever, and Apple has improved just about every part of it. So why doesn't it feel like a major upgrade?

Can we skip over the part of the about the iPhone 7 Plus lacking of a standard 3.5mm headphone jack? If you don’t know the score on that, we’ve covered it in some detail in our iPhone 7 review.

Now that’s out of the way, we can move on to more interesting things. First, the iPhone 7 Plus’s design.

Put an iPhone 7 Plus down face-up next to an iPhone 6S Plus (or even 6 Plus) and you'll be pushed to tell the difference without looking at the ports on the bottom. Only when you turn it over can you immediately see the difference. Space Grey is out, and replaced with a genuinely lovely anodised black. There's also gold, rose gold and silver, along with “jet black” which is a sort of glossy black which reminds me of the very first iPhone's plastic cover. This one is metal, but Apple has made such a good job of disguising it as plastic you'll barely know it.

The antenna bands are barely there, and as we'll see later, the camera has changed. There is, though, one obvious change at the bottom of the phone, where a second speaker grill lurks. Yes, finally the iPhone has two speakers and it sounds quite a bit better. Not "forget about buying that Sonos system" better, but still better.

Internally there's quite a few changes. Finally, the 16Gb iPhone is dead, and in its place the range becomes 32Gb, 128Gb and 256Gb. This is a very welcome change, although it again highlights the miserly 5Gb free storage you get with iCloud.

The enclosure is also now water resistant. Note: Not waterproof. We’ve explained the IP68 rating in our iPhone 7 review, but basically you're not going to take the iPhone 7 swimming with you, and dunking it in a jar of water isn't recommended. But it's now much more likely to survive spills, splash and dust. We'd like to think this is also the end of having to fish pocket lint out of your Lightning port with a pin when it becomes dense enough to stop the connection working properly, but that may be beyond even Apple's design capabilities.

There is, of course, a faster and more powerful chip, dubbed the A10 Fusion. Apple claims it is the faster processor ever found in a phone, and as the test results in our iPhone 7 review show, we have no reason to doubt it. Certainly, in real world use it's more than fast enough. 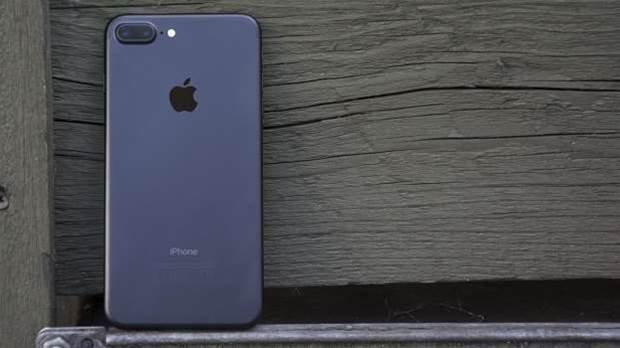 It is, though, more power efficient. The A10 Fusion has four cores, two of which are devoted to high performance, and two to low power consumption. When the phone needs more performance, it uses the “performance” cores. When it's idling, it changes to use the more power-efficient costs. This gives the phone, in theory, around an hour more. In practice, we were always getting around a day and a half use from my iPhone 6S Plus. The iPhone 7S Plus stretched this further. We're not yet at the point where you can get two days out of an iPhone, but it's getting closer.

Another big design change is the home button, which now uses a new version of the ‘taptic engine’ to give tactile feedback. Yes, it's no longer actually a physically moving part. Instead, the taptic engine's feedback simulates the feel of the button clicking down, in a way which is very similar to the latest trackpads on the MacBook series.

This is showy, but it's also practical. Anything which physically moves, especially something which gets clicked as often as a home button, is going to be a consistent failure point for the device. Moving parts break more often than solid-state ones, and that, coupled with the water resistance, is likely to mean that this is a much more reliable phone than any previous iPhone.

It's a certain bet that every time a new iPhone comes out, Apple will make great play about the quality of the camera. Photography is one of the distinguishing features of the iPhone, enough for Apple to devote huge billboards to photos “taken with iPhone”.

Previously, the larger and small iPhones shared the same camera, although the Plus had optical image stabilisation. This year the iPhone 7 Plus has stretched the differences further, adopting a dual lens system which includes a 27mm lens alongside a 57mm lens. This gives the iPhone the equivalent of 2x optical zoom, a feature which we made a lot of use of in testing.

There's also up to 10x digital zoom, and here's where the dual lens system gets interesting. Between 1x and 2x is actually a digital zoom which makes use of both camera lenses, interpolating the “best” elements from each. Beyond 2x, you're into standard digital zoom territory - which is, as you'll know if you've ever used it, not brilliant.

The 1x lens has also been improved over the previous model. It now uses a new 6-element f/1.8 lens, compared to the relatively slow f/2.2 lens on the 6S Plus. In theory this should significantly improve low light performance.

So what are pictures actually like? In some cases the images we took showed a clear improvement in detail and colour quality over the iPhone 6S Plus. Outdoor shots, in particular, were better – sometimes much better. However, low-light shots indoors didn't really show as much improvement as we'd expect given the changes in hardware, which was a surprise. And the flash was still far too harsh if you're close to the subject you're taking pictures of in low light.

Looking at the shots in detail, and after long conversations with our reviews team, we suspect this is down to the algorithm which Apple is using to process images. The good news, of course, is that this can be fixed with software, and we'll definitely be revisiting this camera if an update comes out. 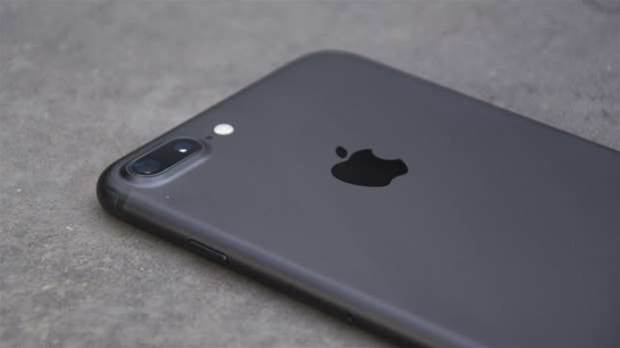 However, one thing that really stands out is the optical zoom. This is one of those features which, once used, you wonder how you lived without. Yes, you can't smoothly zoom in using the optics, as it's fixed at 2x. Go over 2x and you're into digital zoom territory, just as you were before. And as always, digital zoom gets more and more patchy the higher you go. But we absolutely adore tapping a button for an instant 2x view, and used it constantly and to great effect.

The iPhone 7 Plus hasn’t move to the AMOLED displays of some Android phones, and it retains the 1920 × 1080-pixel resolution of previous models. It’s also got the same 3D Touch system which allows you to hard-press “into” the screen, a features which is made more of in every new release of iOS.

However, what has changed is the brightness and colour gamut. Apple claims the screen is 25% brighter than the iPhone 6S Plus, and the colour gamut is wider. Side by side with an iPhone 6S Plus, the difference between the two devices is very clear. Colours are just a little bit warmer, without being over-vibrant. Blacks are a little more black. Overall, it's just a bit nicer than the previous model. It's not a major change, but it's a good one.

It is, though, disappointing that Apple hasn't made the iPhone 7 Plus with the same TrueTone technology that's used on the iPad Pro 9.7. That remains the gold standard of displays on Apple devices. Perhaps manufacturing TrueTone displays in the quantity required for iPhone is still not possible.

What to make of the iPhone 7 Plus? The camera puts clear water between the Plus and its smaller sibling which goes beyond just screen size.

We'll reserve full judgement on the camera until a software update is released but Apple has taken a good camera and made it better in most circumstances. The addition of 2x optical zoom doesn't sound like much, but it makes a big difference in day to day use. Low light performance still has some issues to iron out, and given the new hardware we'd expect better, but it's not in any way bad.

It's undoubtedly the best phone Apple has ever made, but is it flat-out the best phone? Is this the phone which will attract users from Android, and retain users who already use iOS?

That's a much tougher question to answer. Other than the 2x optical zoom, there's nothing really added which will make the owners of a recent flagship Android phone insanely jealous. If you're already using iOS, then you'll get a better experience overall with the iPhone 7 Plus than you would from switching to (say) a Galaxy S7 Edge. iOS 10 is a major upgrade, and this is the best platform to run it on. 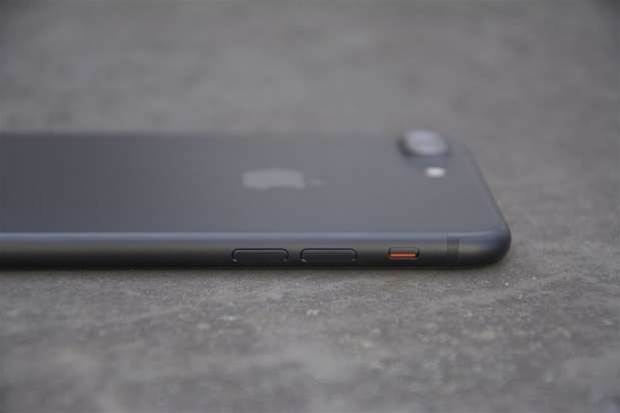 Is the iPhone 7 Plus enough to upgrade from the 6S Plus? Probably not. But most people don't upgrade their phones every year, and if you're coming from an iPhone 6 Plus or older, you'll be very happy with the iPhone 7.

Still, the iPhone 7 Plus feels like an intermediate release, a phone that's paving the way for something else. Apple often introduces new technologies which pave the way to planned features – for example, TouchID was introduced along with the secure enclave on the processor long before the release of Apple Pay, which is what it was designed to support. Many of the new features in this phone feel like that: things which we're not yet getting the most use of, but which will be important in the future.

Almost everything about the phone has changed. It's faster, the cameras are better, it's water resistant, there's more memory, it's got a dinky new home button. Yet still, despite loving it we're not left with the immediate need to run out and order one.

This could be down to the design. If all of the improvements in the iPhone 7 Plus had come with a major redesign of the case, we suspect a lot more people would be calling this the best phone on the planet. But the design is definitely getting a little tired. It's still an iconic design, but even iconic designs can become a little dated, and placed next to a Galaxy Edge the iPhone looks a little old.

Overall, Apple has packed an awful lot of great technology into a phone which cries out for a redesigned look. But it's still a great phone, and if you're a committed iPhone user you'll want it.

The iPhone 7 Plus will be released on 16 September. It's available for pre-order from Apple's online store and all major carriers.

See also our full review of the iPhone 7.

iPhone 7 Plus review: brilliant technology that cries out for a redesigned case
5 6
Verdict
It's faster than its predecessor, has a better screen and more storage, and it's water-resistant. The new dual-lens camera is very good and the 2x optical zoom works brilliantly. About the only thing that hasn't really changed is the exterior design. Still, if you can get deal with the lack of headphone jack, the iPhone 7 Plus will be well worth the upgrade from an older iPhone.
Overall
Specs
From $1269 AUD
(pricing info)
5.5in screen with 1920 x 1080-pixel resolution (401 ppi); 64-bit A10 Fusion processor; 32GB, 128GB and 256GB storage options; 12MP rear camera with wide-angle and telephoto lenses (2x optical zoom); 7MP front camera; 158.2 x 77.9 x 7.3mm, 188g.