iPhone 5 reviewed: what we love, what we don't 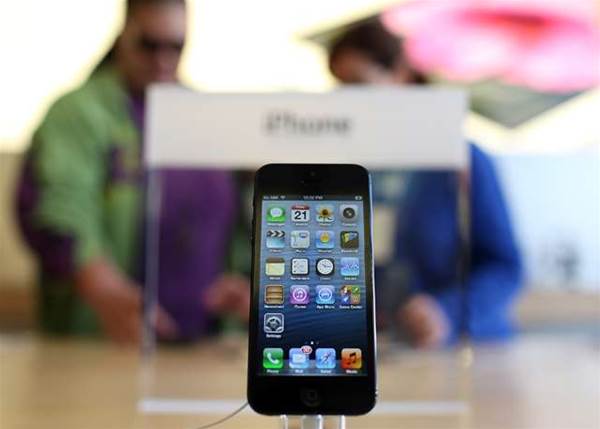 For almost two years Samsung’s and HTC’s handsets have dominated, with the iPhone 4S not doing much to further Apple’s cause.

The iPhone 5 attempts to claw back that lost ground with a bigger, higher-resolution screen, an even slimmer profile, and further improvements to performance.
That really is the big news with the iPhone 5, from a hardware perspective at least, and on the whole the changes are successful.
Newsletter Signup 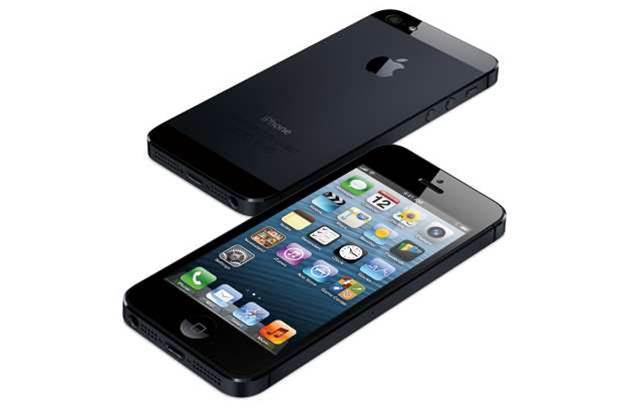 As we’ve come to expect from Apple, it’s beautifully made, and the first thing that strikes you is its light weight. It weighs only 112g – lighter than the 4S by 28g, despite the extra height necessary to accommodate the larger 4in display. It also measures an astonishing 7.6mm thick.
This is largely thanks to the loss of the rear glass panel, which is replaced by an aluminium chassis that feels cool and ever-so-slightly rough to the touch.
We have one key reservation, though, and this concerns the new, so-called Lightning connector, which reduces the old 21.3mm-wide, 30-pin connector to a more compact 8-pin design that’s 11.6mm wide.
There’s no speed benefit to this change for iPhone 5 owners – the current Lightning connector is still based on USB 2 – but it renders all your old iPhone accessories instantly obsolete. Although adapter plugs are available from Apple, they’re a steep $35 a throw.
Display 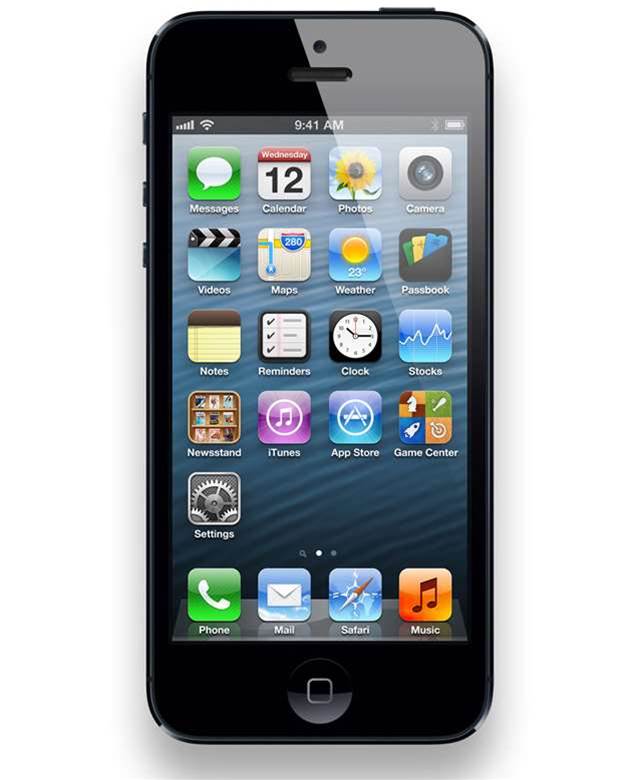 Despite this, the iPhone remains technological jewellery of the finest sort, and the quality of the iPhone 5’s 4in Retina screen is beyond reproach.
We measured the maximum brightness at a whisker in front of the iPhone 4S and deep dark blacks ensure an excellent contrast.
Although taller, the 640 x 1136 display measures the same across as the 4 and 4S, which means the pixel density remains gloriously high.
Whether the quality is better than the Samsung Galaxy S III’s is a matter of taste, with the Galaxy providing a slightly more saturated look than the iPhone 5’s more muted tones – but for our money, they’re neck and neck; it’s only the Galaxy S III’s extra size that keeps it out in front.
A key point to note here is the aspect ratio of the new display. After years of sticking doggedly to 4:3, Apple has at last gone widescreen.
The new ratio is slightly broader than 16:9, which means you get the full widescreen movie experience with no letterboxing; existing apps will need to be updated to take full advantage, however, with black bars appearing at the top and bottom of the screen in apps not optimised for the iPhone 5.
Camera and calls 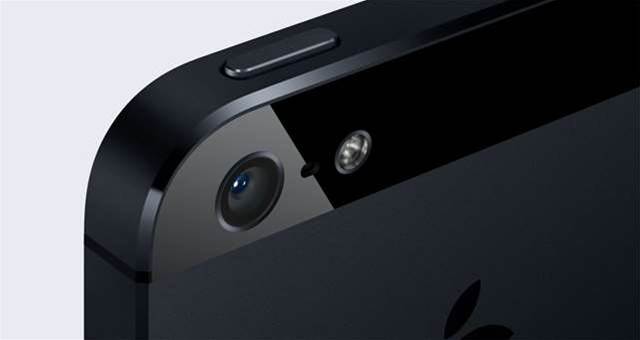 Only small improvements have been made to the iPhone 5’s rear camera.
Apple has replaced the lens cover with a more scratch-resistant “sapphire crystal” version, and you can now snap stills while recording video, but the resolution for stills remains at 8 megapixels, as does the digitally stabilised 1080p video.
The iPhone 5 (along with its predecessor the 4S) is still among the best in the business, though, and produces crisp, colourful snaps that are easily a match for those from the Samsung Galaxy S III.
Surprisingly, Apple hasn’t added a burst mode, instead plumping for the introduction of a panorama feature. This allows you to capture broad landscapes with a sweep of the arm, and it’s commendably easy to use.
The results are disappointing, though: you need a steady hand or pictures end up with distracting wobbles and kinks. The front camera receives a bigger upgrade, moving from 640 x 480 to 1280 x 960, with video capture increased to 720p at 24fps.
The iPhone is often lambasted for its call quality, but our test calls made on the iPhone 5 were loud and clear at the other end, even if they lacked depth and richness.
Performance and battery life

Much more impressive is the raw speed of the iPhone 5, which introduces the new Apple A6 mobile processor.
Once again, Apple hasn’t run with the crowd here: the processor is a dual-core model, rather than quad-core, and it clocks in at between 800MHz and 1.2GHz depending on load, with 1GB of RAM to back it up.
That may not sound very impressive, yet it was scorchingly fast throughout our testing.
Subjectively, it feels as smooth as every iPhone we’ve used, with the front-end, web pages and games all running as smoothly as expected. App launch times, already pretty snappy with the 4S, were even quicker on the iPhone 5, and the camera exhibited no shutter lag at all.
Despite this, battery life hasn’t suffered at all, with 60% remaining on the gauge after 24 hours.
This is on a par with the iPhone 5’s key rivals, and a big improvement on the 4S, which had only 30% battery power remaining after the same test. (It is worth noting that our tests don’t factor in a 4G connection, and we’d expect more battery drain when connecting to 4G.)
Yet another performance boost is provided through the phone’s 4G LTE radio, with support for both Telstra and Optus’ nascent 4G networks.
iOS 6 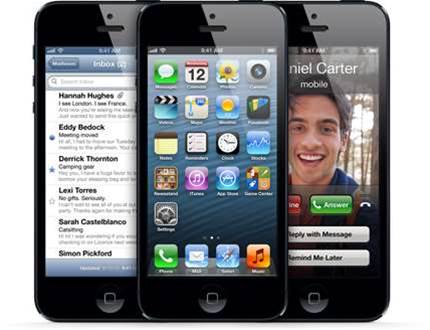 Aside from the new Lightning connector, then, the iPhone 5 represents a solid progression. The bigger screen is a major plus, and we love the new lightweight chassis.
We don’t, however, hold such affection for the software it ships with: iOS 6.
As is customary, Apple introduced its new OS the day before the iPhone 5 was made available to the general public, trumpeting hundreds of new features and enhancements.
Most of these are small changes, hardly worthy of mention – under-the-hood tweaks aimed at making the experience smoother.
But iOS 6 also contains a few significant changes, and not all of them are welcome.
A mapping calamity 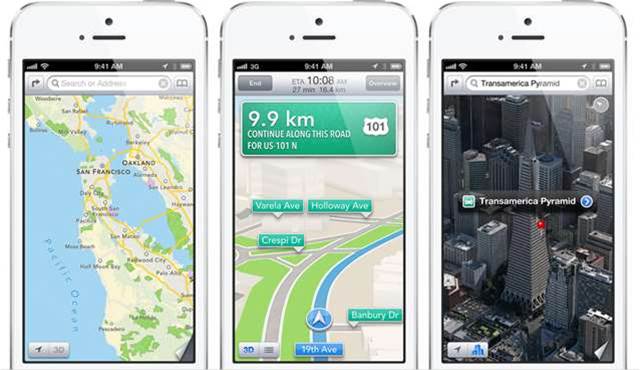 First on the blacklist is the replacement of Google Maps with Apple Maps.
On paper, this would seem to be a positive move. The maps, based on a combination of TomTom’s data and Yelp’s listings and ratings content, and developed in-house by Apple, introduce free turn-by-turn navigation with live traffic avoidance and “photo-realistic” 3D views of major towns and cities.
The turn-by-turn feature alone, we had thought, would be worth the upgrade, especially with the traffic avoidance feature.
Yet as soon as iPhone users across the globe started using it, the complaints began to flood in.
Most of these focused on mapping errors, with many landmarks and even major cities reported to be sited in entirely the wrong position. Others complained about the loss of Street View and patchy business listings.
We have to concur with the majority – a quick search reveals Maps has deftly erased the Melbourne Cricket Ground from existence, applied tens of thousands of years of erosion to the Three Sisters in the Blue Mountains and turned Canberra’s Lake Burley Griffen into a physics-defying mountain of water. Maps’ satellite imagery is less detailed and patchier in its coverage than Google’s.
This isn’t quite the disaster all the reports have made it out to be, however.
You can “reinstall” Google Maps (albeit slightly limited) by adding a link to the mobile site on your homescreen, and Google may decide to release a proper, full-blown app soon (although it doesn’t appear to be in a great hurry to do so).
Its navigation abilities aren’t bad either. As with Google Maps its facilities are basic, with no local map storage, no speed camera or speed limit indications. We’re a little disappointed to find no indication of ETA in the driving view.
But we found the 3D view easy to read, and the voice instructions via Siri delivered clearly and in as timely a fashion as any GPS device we’ve used.
We also liked the way Maps shows three alternative routes in the planning stage, with traffic plotted on top so you can quickly pick the quickest route before you start.
A couple of black marks, though: when you arrive at your destination, the screen goes back into timeout mode and turns itself off.
And once again, it’s let down by search. Apple Maps failed to find four of the locations along our six-stop test route by name, a performance that would have placed it below most other navigation options in a straight GPS test. The only reliable means of tracking down locations seems to be with postcodes.
Other upgrades
We’ve focused on Maps so far, but there are other improvements.
There’s better social networking integration for one, with Facebook included at long last. You can now post status updates directly from the pull-down Notifications menu, for instance; view Facebook events and birthdays directly in the calendar; see Facebook contacts in the contacts app; and post pictures from the photo gallery.
There are enhancements to iCloud photo sharing, which allow the creation of custom photo streams that can then be shared with other iPhone or iPad owners, and even non-Apple devotees via a shared public web link.
Finally, there’s the new Passbook app, which is essentially a location- and time-aware repository for storing e-tickets, offer vouchers and the like.
This could turn out to be brilliant, but since only a handful of companies in Australia currently have Passbook-compatible apps, it’s too early to say how useful this will eventually turn out to be.
Other stand-out new features include the ability to make FaceTime calls over 3G and – possibly our favourite feature of the lot – iCloud Tabs, which synchronises open tabs in Safari across all your iDevices.
Verdict
In many respects this latest iPhone is the most desirable yet, with its gorgeous 4in display, a lighter, slimmer chassis, decent battery life and improved iCloud and social networking integration.
And let’s not forget that Apple’s App Store still just about holds the edge over Google’s Play store in the general quality of games and software, although the gap is narrowing.
Yet, with prices higher than its rivals, we feel the iPhone doesn’t quite do enough.
Although the hardware is lovely, there’s nothing that takes your breath away, and with the problems over Apple Maps and the Lightning connector undoubtedly damaging its reputation with existing users and potential adopters alike, we can’t see it clawing back ground lost to rivals.
None of this makes the iPhone 5 a bad smartphone, of course.
It’s a glorious piece of modern technology that, two years ago, would have caused our jaws to hit the floor at the mere sight of it.
Yet, with a smaller screen and a bigger price tag than the Samsung Galaxy S III or HTC One X the iPhone isn't necessarily the only phone to consider.
Verdict
Apple has given the iPhone 5 a taller screen and a sumptuous redesign, though it's no longer the only phone to consider. Read the review.
Performance
Features & Design
Value for Money
Overall
Specs
16GB $799 AUD
32GB $899 AUD
64GB $999 AUD
(pricing info)
Copyright © Alphr, Dennis Publishing
Tags:
5 apple hardware iphone lightning maps review
By Jonathan Bray
Dec 4 2012
10:05AM