Huawei Mate 8 review: As compact as a 6in phone can get? 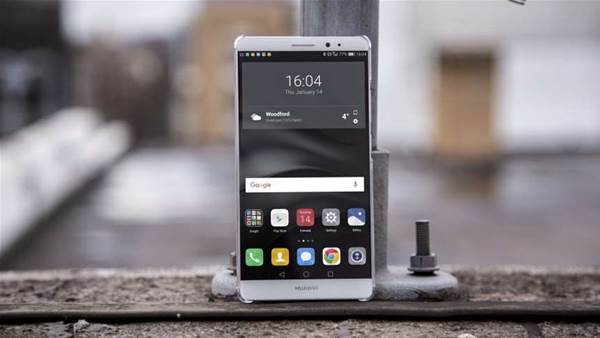 If you're looking for a big-screen Android phone with battery life to match, Huawei's stylish Mate 8 should be on your shortlist.

Can a 6-inch smartphone ever be practical? Whether you think it can or not, you’d have to admit Huawei’s design engineers have done a stunning job with its new Mate 8, keeping the dimensions as small as possible.

Given the screen size, we can’t imagine it being any smaller. But six inches is still six inches whichever way you cut it, and this is a hefty phone.

Still, if you’re determined to own a phone with as large a screen as possible, the Mate 8 is one of nicest models we’ve come across. This is mainly due to the incredibly narrow bezels surrounding that enormous screen. The front is mostly all screen. The distance from the edges of the phone to the screen is roughly 3mm from the left and right, 6mm from the top and 9mm from the bottom.

That’s an impressive feat of design engineering and, combined with a depth of just 7.9mm, the Mate 8 feels much smaller than it actually is.

It’s also a very handsome device, combining elements of its predecessor, the Mate S and the Google Nexus 6P (which is also made by Huawei).

The body of the Mate 8 comes in silver and white or gunmetal-grey and black – and both versions look great. The edges are brushed and have chamfered corners to fool the eye into thinking they’re even thinner than they are. The detailing, from the twin speaker grilles to the textured power button, is impeccable.

Even the subtle Huawei logo on the rear doesn’t detract from the overall look and feel of the device and, as we’ve come to expect from top-end Huawei handsets, it’s also replete with a goodly selection of features. 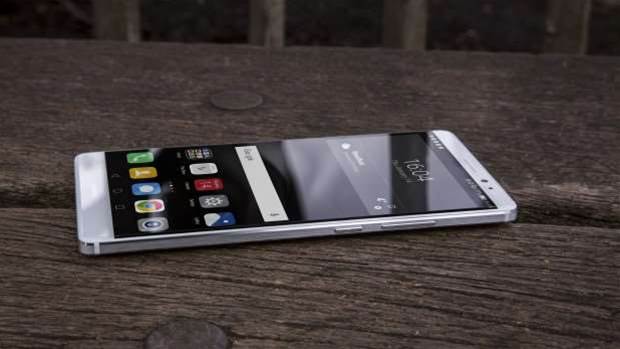 There’s a circular fingerprint reader in the centre on the rear, just like on the Nexus 6P; the screen is topped with premium Gorilla Glass 4; and the SIM card tray has space for a microSD card (to expand on the Mate 8’s 32GB of internal storage) or a second SIM card, depending on your preference.

There’s no argument that it’s a great-looking handset, but as with so many other Huawei devices, the Mate 8 is a smartphone of extremes. As soon as you switch on the phone, you’ll see why. It runs Huawei’s proprietary Android skin – EMUI 4 – so although there’s Android 6 underneath, you won’t see much evidence of its elegant lines and features.

The key point of difference between Huawei’s version and stock Android is that there’s no App Drawer. As with iOS, all of your apps are shown on the desktop which, for many Android users, adds unnecessary clutter.

Huawei has also fiddled with the appearance of icons, awkwardly squeezing them into a round-cornered box so they all have exactly the same shape.

Elsewhere, the pull-down notifications menu is inelegantly presented on two tabs, with the brightness slider and shortcut toggles on the second one. EMUI is also stuffed with preloaded apps that you may or may not want. 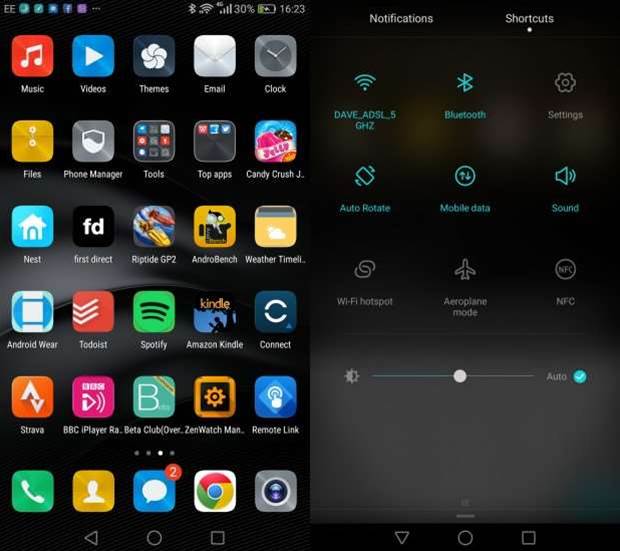 On the positive side, it has some nice features. The clock app is very neat indeed, and the power-management tools – which can be set to notify you whenever they spot an app using too much power in the background – are undeniably useful. But surely these could be implemented without EMUI’s fussy, overbearing design.

All this is a shame because the rest of the Mate 8 is tasty fare, starting with the performance of the processor and graphics. As is usual for a Huawei phone, the processor is a HiSilicon unit. It’s the very latest 16nm Kirin 950 – a step up from the Kirin 935 in the Huawei Mate S Press Touch – and backed up by 3GB of RAM.

But far from being sluggish like its predecessor, the Kirin 950 is a cracker. Perhaps this shouldn’t be a surprise because the chip is an octa-core unit comprising a pair of quad-core CPUs of ARM design. One is a 2.3GHz Cortex-A72 CPU, used for intensive tasks; the other is a 1.8GHz Cortex-A53 for low-power jobs.

In our benchmark tests, the Huawei Mate 8 couldn’t match the might of the Apple iPhone 6s, but it was on a par with the Nexus 6P (with its Qualcomm Snapdragon 810) and well ahead of the Mate S and its Kirin 935. Even graphics performance, which has in the past been a particularly weak area for Kirin chips, is pretty good.

In use, the Mate 8 feels responsive in every way. It restarts and boots in seconds, apps launch at a snap and web pages load, scroll and pan smoothly – just the level of performance you’d expect from a flagship smartphone.

As for the screen, its resolution is only 1,920 x 1,080 pixels, but we don’t see this as a problem. Despite what the manufacturers would have you believe, Quad HD and 4K displays aren’t really necessary, even on a 6in smartphone.

In fact, we found the Mate 8’s screen’s quality to be rather good. At no time did we notice any graininess or pixellation. Our display tests revealed the screen was bright, displayed a very impressive range of colours, and had good contrast, ensuring black looks inky and colours really leap out. The only weakness was that colour accuracy is somewhat out of whack, particularly in green and red tones.

But this is easy to forgive in the light of the Mate 8’s battery life. Oddly, its runtime of 11 hours 48 minutes in our video-rundown battery test was only on a par with the Nexus 6P, but in day-to-day use, we were able to regularly eke one-and-a-half day’s use out of the Mate 8’s huge 4,000mAh battery. If you use the phone sparingly, two full days’ use wouldn’t be out of the question.

Unfortunately, the Mate 8’s cameras are less impressive than its performance. There’s nothing missing in terms of raw capability. On the rear, you get a 16-megapixel shooter with an f/2 aperture, optical image stabilisation, phase-detect autofocus and a dual-LED flash. The front camera is an almost-as-impressive eight megapixels. 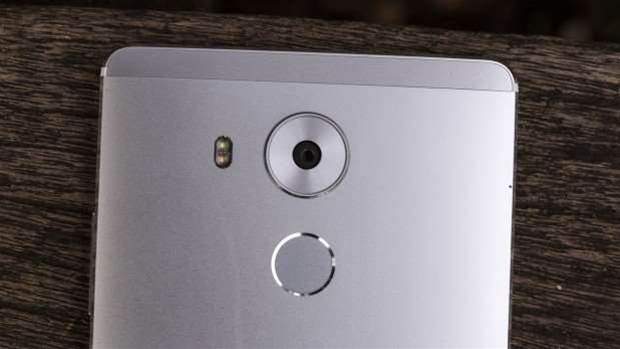 Despite the specifications, however, the resulting photographs and videos aren’t the best we’ve seen, with still images looking soft and lacking in detail compared with the best mobile phone cameras on the market.

This is one area where the Nexus 6P stands above the Mate 8, producing shots that are crammed with far more detail, in both good light and poor, with richer colours and generally better all-around exposure.

In all, we like the Huawei Mate 8. It’s beautifully designed and, for a phone this size, a pleasure to use. The sluggish performance of past Huawei flagships has been banished, and the Mate 8's battery life is very good too.

Couple that with a competitive outright price of $899 and you have a big-screen smartphone that holds a good deal of appeal.

Unfortunately, it’s let down in a couple of areas. So if you want a great camera and native Android experience – and you don’t mind a slightly smaller screen – the 5.7-inch Google Nexus 6P could be a better option.

But if you must have a 6-inch phone, the Mate 8 should be on your shortlist. It’s available from Huawei Experience Zones, JB HiFi, Harvey Norman and All Phones – so you can try it first to ensure you can live with the Huawei EMUI software.