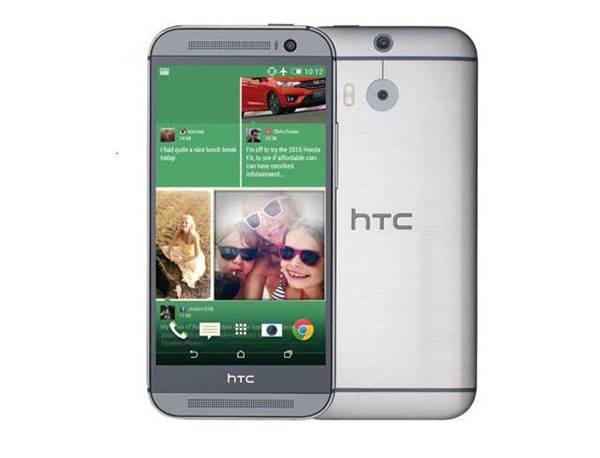 The new handset has faster internals and a larger screen, but its all-metal finish means you could easily mistake the new handset for the original – until you turn it over and spot the unique dual camera; more on that below.
As one of the few Android phones to truly compete with the iPhone in terms of design, the HTC One (m8) is a beautiful handset. It’s almost 90 per cent metal, with the few slivers of plastic being used only to ensure the best possible reception for the internal antennas. The curved back fits your hand comfortably and the brushed metal finish on our grey review unit glints in the light, so there’s no mistaking that the phone is made from metal.
Newsletter Signup

I have read and accept the privacy policy and terms and conditions and by submitting my email address I agree to receive the Business IT newsletter and receive special offers on behalf of Business IT, nextmedia and its valued partners. We will not share your details with third parties.
The HTC One (m8) is slightly larger than the original HTC One, to make room for the bigger 5in LCD display. Both phones have the same 1,920x,1,080 resolution, which means pixel density has dropped from 469ppi on the 4.7in original to 441ppi here, but in practice it’s still impossible to see individual pixels.
The m8’s screen looks incredibly sharp; even the tiniest of fonts are legible and images are incredibly detailed. Image quality is superb, with natural colours and pure bright whites, along with impressively deep blacks for an LCD panel. With a peak brightness of 491cd/m2 and an sRGB colour spectrum coverage of 93.7 per cent, the m8 is among the best LCD screens we’ve seen in a smartphone, rivalling the iPhone 5s for brightness and contrast.
It’s at the back where you’ll find the biggest change. The Duo Camera is such an important feature that it almost deserves a review in itself. It uses the same 4-megapixel Ultrapixel main sensor as the original HTC One, which has an oversized 1/3in sensor with larger pixels than most smartphones to help capture more light. However, this time it’s paired with a second, depth-sensing camera. Used together, they let you choose the point of focus in an image even after you’ve pressed the shutter button, or add stylish shallow depth of field effects to your images. Sadly, optical image stabilisation has been cut to make room for this feature.
Because the phone uses physical lenses rather than software calculations to assign depth values to your images, the m8 is much faster to capture dynamic-focus images than competing smartphones. Samsung’s Galaxy S5 takes five shots at once then stitches them together, giving you five possible points of focus but taking several seconds to take the photo. With the HTC we could take three or four different shots in the same amount of time. In practice, the effects make portraits and macro shots stand out, but sometimes refocusing an image would blur areas we wanted to keep in focus; there’s no way to select the strength of the effect, so you’re stuck with what the phone chooses for you.
In terms of picture quality, we were worried that by sticking with the same sensor as last year’s model the m8 would suffer from the same issues – namely a lack of detail when taking wider landscapes. In our outdoor shots, the m8 captured plenty of detail in the foreground and middle distance, but objects in the far distance weren’t as well defined. Zooming in revealed smudgy details and a fair amount of pixellation. We also noticed a tendency for the sensor to overexpose scenes, with light sources bleeding into an image leaving unwanted bright spots.
If you’re more of a night person, however, you’ll love the m8’s low-light abilities. Moving inside, it captured plenty of facial detail when shooting portraits; it was also quick to focus and quick to save each shot, which could make it the perfect companion on a night out.
The m8 is powered by Qualcomm’s latest Snapdragon 801 processor, which seems to have made its way into almost every flagship smartphone in 2014 so far. The quad-core chip runs at 2.3GHz and is paired with 2GB of RAM, which translates to incredibly fast performance. Even with HTC’s custom Sense 6 interface running on top of Android 4.4 KitKat, the phone felt incredibly responsive, loading apps quickly and drawing image-heavy websites with no noticeable lag or slowdown.
This translates to impressive benchmark scores too; the m8 managed 662ms in the SunSpider JavaScript benchmark, making it one of the fastest Android-powered smartphones we’ve ever tested for web browsing.
All this power doesn’t come at the expense of battery life. The HTC One (m8) has a 2,600mAh battery, slightly larger than the original One’s pack, and managed 13 hours, 28 minutes in our video rundown test. That’s a significant improvement over the original One, which lasted a poor eight hours, 32 minutes.
HTC has played it safe with the HTC One (m8); it isn’t a radical departure from the HTC One, but makes all the necessary upgrades to compete with other flagship handsets in 2014.
Verdict
The original HTC One was such a design statement that the company has opted not to mess with the formula for its successor.
Overall
Specs
$750 AUD
(pricing info)
Copyright © PC Pro, Dennis Publishing
Copyright © PC Authority, nextmedia
Tags:
hardware htc m8 one review
By Staff Writers
Jul 16 2014
6:33PM