HTC One V reviewed: a great first step into the smartphone world 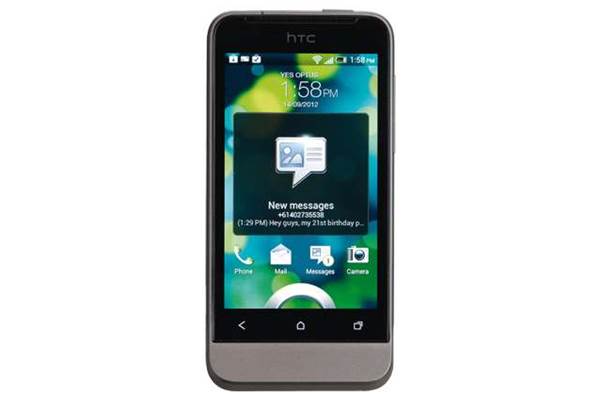 Over recent months we’ve seen the high-end members of HTC’s One family of smartphones, and now it is the turn of the budget One V.
Features and design
Newsletter Signup

I have read and accept the privacy policy and terms and conditions and by submitting my email address I agree to receive the Business IT newsletter and receive special offers on behalf of Business IT, nextmedia and its valued partners. We will not share your details with third parties.
Designed as a cheap entry into the family, the One V is noticeably smaller than the other One models, and uses both a 3.7in 480 x 800 screen and single core Qualcomm processor to keep costs down.
These specs may be on the low side, but the design of the One V belies this.
Made from a unibody Aluminium design highly reminiscent of the HTC Wildfire, it feels reassuringly sturdy in the hand and conveys a premium feel.
Add to this the fact that it is running Android 4.03 (along with HTC Sense) and you have a great entry-level smartphone that isn’t stuck on some dead end variant of Android.
It is important to remember that the HTC One V just doesn’t cut it against the high end of the smartphone market. But, importantly, it also never feels cheap in the hand.
Performance
The 1GHz CPU does struggle with some tasks, but for light usage we had no issues, and it even managed to run basic games quite adequately. Benchmark results were well ahead of Nokia’s Lumia 610 and faster than Sony’s mid-range Xperia P.
Battery life
The other side effect of the lower hardware specs of the HTC One V is that it lasted wonderfully in our battery tests, barely making it halfway through a charge after our 24 hour testing cycle.
For those making the transition from dumphones to smartphones this is a boon, as the daily charging cycle needed for high-end phones takes some getting used to.
Conclusion
While HTC isn’t going to break any speed records with the One V, it has delivered a very well-rounded budget phone.
Performance is a little slow, but the build and design of the handset are impeccable and, as long as the now small 3.7in screen is enough to satisfy, this isn’t just a competitive budget handset, it is a great first step into the smartphone world.
Verdict
The HTC One V is a budget smartphone with looks and design that belies its status.
Performance
Features & Design
Value for Money
Overall
Specs
$250 AUD
(pricing info)
Copyright © PC & Tech Authority. All rights reserved.
Tags:
cheap good battery hardware htc htc one v one review smartphone v
By John Gillooly
Nov 8 2012
5:01PM