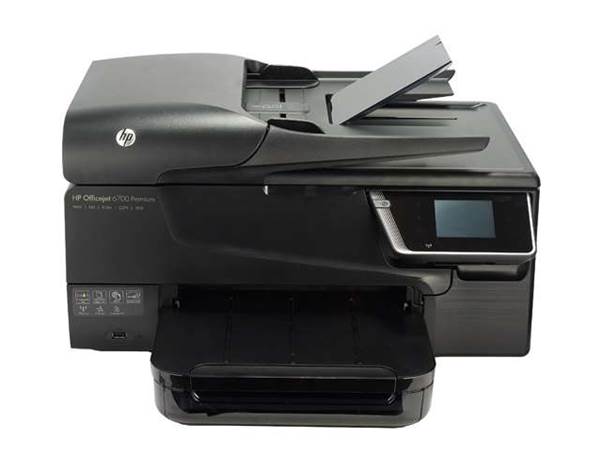 HP’s Officejet 6700 Premium can’t match the Epson for king-sized ruggedness, but this office-friendly all-in-one still has plenty to offer.
There’s a 30-sheet ADF up top, a 250-sheet input tray, automatic duplexing, fax support and a choice of USB 2, Ethernet and Wi-Fi connections. A 6.7cm touchscreen gives quick access to the option screens and scanning and copying functions, too.
Newsletter Signup

I have read and accept the privacy policy and terms and conditions and by submitting my email address I agree to receive the Business IT newsletter and receive special offers on behalf of Business IT, nextmedia and its valued partners. We will not share your details with third parties.
For printing tasks, the Officejet 6700 Premium sped into first place in the inkjet group. Draft output emerged at a laser-like 21.4ppm, and while text was pale and spidery, it was slightly cleaner than the other office-focused models here. It didn’t manage to keep hold of its lead for long, however: when we bumped up the quality to standard, speeds slumped to 10.9ppm (mono) and 5.4ppm (colour).
Scan quality was just behind that of the Canons, with the HP sacrificing clarity for a subtly superior colour balance. Although colour A4 scans appeared only seconds behind those of its rivals, we had to wait 1min 20secs for our 6 x 4in photo to appear in Photoshop. Mono A4 copies took their time, too, arriving 10 seconds behind the Epson. Again, though, the quality was superb.
The HP raced through our photo tests, printing out a 6 x 4in image in only 1min 9secs, and an A4 photo in 2mins 42secs. Sadly, quality was average. Despite vivid colours, the HP’s output was much grainier than its rivals’.
Running costs are this printer’s biggest strength. Although Epson’s all-in-one produces cheaper A4 mono prints, they are so similarly priced that you can almost ignore the difference the HP is one of the cheapest for both colour A4 and photo prints, which cost only 11.2c and 26c each.
Which model you end with is a question of priorities. The Epson’s dual paper trays and more consistent speeds make it the superior office workhorse, but, with the HP’s low running costs and better all-round quality, it ends up a close-run thing.
Verdict
HP’s smart, fully featured all-in-one Officejet 6700 Premium is a competent all-rounder with low running costs. Read the review.
Quality
Speed
Features & Design
Value for Money
Overall
Specs
$220 AUD
(pricing info)