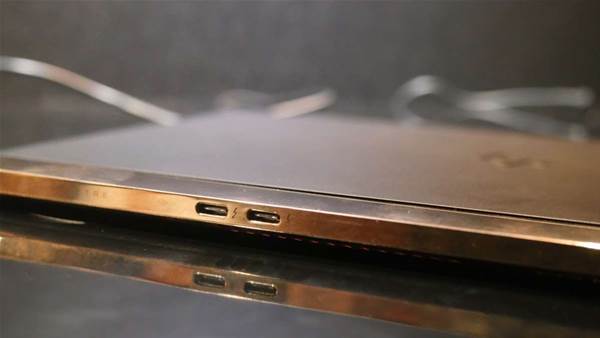 HP's new Spectre shows that you don't have to sacrifice processing power in an ultra-thin laptop.

Laptop manufacturers seem to be set on convincing us that undernourished appearance doesn't lead to underpowered performance – and HP has taken that to a new level with its latest laptop, the Spectre, which it's billing as the thinnest in the world.

It’s certainly thin, as the images here will testify. To put a tape-measure figure to it, the Spectre is a mere 10.4mm with the lid closed. By comparison, Apple's svelte new 12in MacBook is 13.1mm thin. The Spectre is a little heavier, weighing 1.1kg compared to the MacBook’s 0.9kg – although the HP has a larger 13.3-inch screen.

With pricing starting at $2,299 – and a design and specifications to match – the Spectre is clearly a premium laptop.

Not to be confused with HP’s other models – the Spectre X2 and x360, which are different types of 2-in-1 laptops – the Spectre is a conventional clamshell notebook. However, it’s a laptop with a difference, due to its new-fangled "piston hinge".

While laptop convention tells us that the screen and keyboard segment should be the same length, the Spectre's screen is actually a little shorter, hinging around the point of the escape key. While it's nice to see a company adding a new twist to the tried and tested design, not everyone will like its aesthetics. 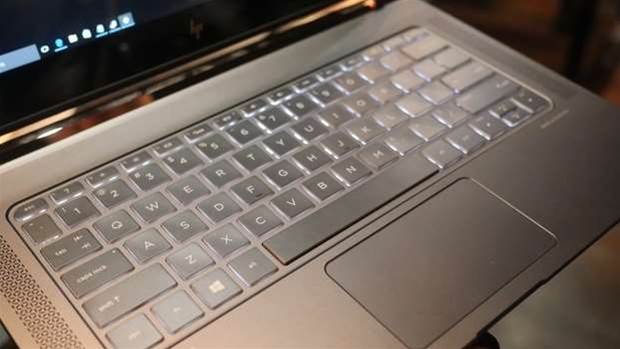 However, the new hinge does seem to have a practical use – it allows HP to offer plenty of connectivity. While Apple's 12in MacBook now offers a single USB Type-C port for all of your charging and connectivity needs, the Spectre has three USB Type-C ports, one of them chiefly for charging and the other two allowing you to use multiple peripherals without the need for awkward adapter cables.

While we able to give the Spectre a hands-on evaluation, we didn’t have a chance to run our benchmarks. However, given its specs, it’s likely to be pretty quick and more than capable of running high-end business applications.

Ultra-thin laptops typically use low-power processors that run cooler than regular chips – the MacBook has an Intel Core M, for example. But HP has squeezed the more powerful Intel Core i5 and i7 chips into the Spectre’s tiny frame.  They’re the latest generation (Skylake) processors too. 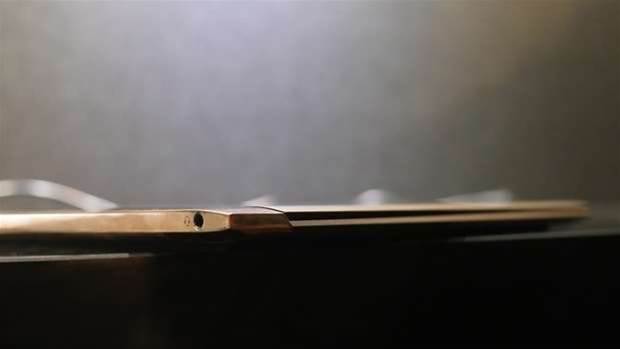 There’s little compromise to battery life either. HP claims the Spectre will last 9 hours and 45 minutes without a change.  Given our experience with other HP laptops, that means the Spectre should be able to get you through a day of light work.

The 13.3-inch screen is clad in scratch- and shatter-resistant Gorilla Glass 4. But whereas other premium notebooks tend to have ‘Retina’ or Quad HD displays, the Spectre only has Full HD. Some might therefore argue that a resolution of 1,920 x 1,080 pixels isn’t sharp enough at this price point.

However, the Spectre’s display seemed perfectly fine to us – vibrant, bright and crisp. And if that lower resolution has helped HP to deliver decent battery life, that’s more than fine by us. However, it’s not a touchscreen display, which is a letdown – particularly at this price point and considering it’s running Windows 10. 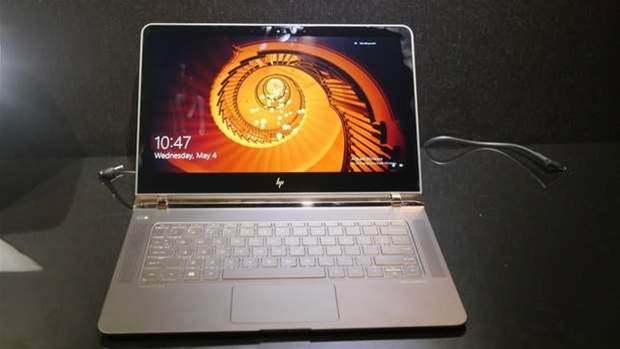 As for ergonomics, the HP Spectre does surprisingly well for a laptop this thin. The glass-topped trackpad takes some getting used to, but the keyboard is quite good.

Where the keys on the 12in MacBook's keyboard have virtually no travel at all, and tend to divide opinion even among the most feverish of Apple fans, the Spectre's keys have much more depth to them. There isn’t quite as much travel as there is on the MacBook Pro we’re used to using, but it feels perfectly pleasant to type on.

The HP Spectre isn’t for everyone. Some won’t like its piston hinge or its non-touchscreen, Full HD display, while its price will put it out of the reach of others. Those looking for something similar but more affordable could consider HP’s Envy 13, which starts at $1,246.

What you’re paying for with the Spectre is HP’s engineering feat of getting high-end components and a good keyboard in the world’s thinnest laptop. By comparison, a Microsoft Surface Book costs $2,648 with similar specs to the entry-level Spectre.

And there's no denying the Spectre is a pleasure to carry around and to use.