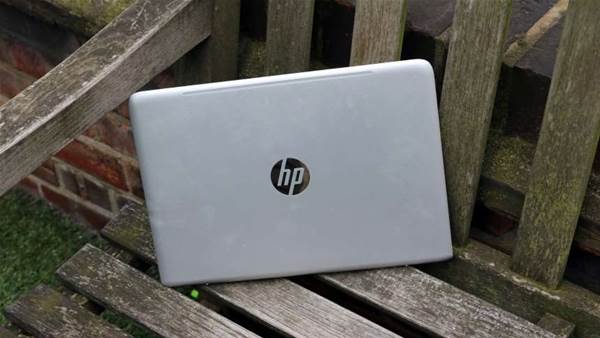 HP's ultra-light laptop undermines the competition on price if not outright quality.

HP has billed the Envy 13 as its “thinnest laptop yet”, which is apt given it has the Envy name to live up to. Measuring 12.9mm at its thinnest point and weighing just 1.27kg, it's very easy to carry around.

Its design is classy and understated, combining a silver aluminium chassis with a matte-black bezel around the screen. Along the left edge, you'll find an SD card reader, a USB 3 port that supports sleep and charge and a 3.5mm headset jack, while the right side has two further USB 3 ports and a full-sized HDMI port for connecting a display.

HP offers the Envy 13 in three models, with all featuring latest-generation Intel Core processors, 13.3-inch IPS screens and, on the face of it, good value for money: 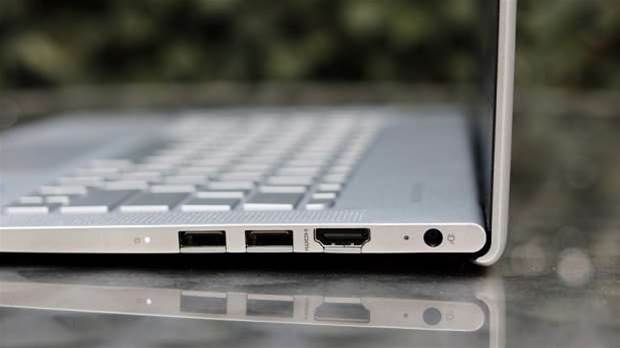 Unfortunately, the premium design takes a slight hit when you start using it. Strike away at the keyboard and you'll notice some warp under the pressure of your fingers. The travel of the keyboard is somewhat limited as well, which, when combined with the flex in the chassis, means it's not the most comfortable or accurate keyboard to use.

The Envy 13's hinge design does at least make typing a bit more comfortable when you're at a desk. As you open it up, the back edge of the lid tucks around and under, elevating the keyboard tray slightly when you open it. However, it also makes using the Envy 13 on your lap a little awkward, as the raised angle makes it less stable.

The keys are backlit, which is handy for typing in low-light conditions, although there's no brightness adjustment, so you can only have it turned on or off. It's a welcome inclusion considering the price of the laptop, but I wish the backlight was better integrated; you can see the small LEDs at the base of each key when they're switched on.

The touchpad is short but wide. It's not overly small, but a little extra vertical space wouldn't have gone amiss, especially when there's such an abundance of space above the keyboard. The touchpad isn't Precision-certified, either, and we found it a bit erratic to use.

Using broad strokes to move the cursor from one side of the screen to the other were generally fine, but smaller movements don't provide that 1:1 movement you get with a quality touchpad, where it feels like your swipes are being directly translated to the screen. Multi-touch gestures, at least, were dealt with more reliably, and two-finger scrolling and three-finger swipes all worked perfectly. There's also a fingerprint reader to the right of the touchpad that can be used with Windows Hello for fingerprint sign-in. 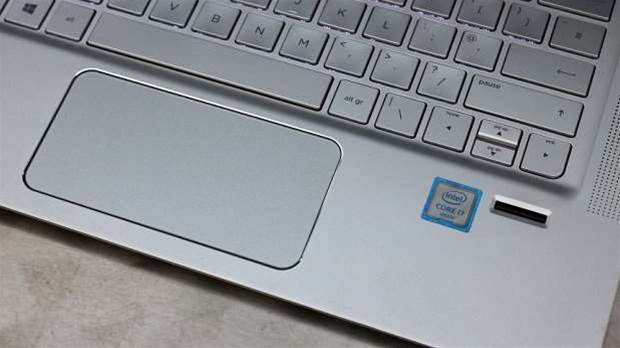 As for audio, the HP Envy 13 has a pair of Bang & Olufsen-branded speakers placed to the left and right of the keyboard. These fire upwards, which is far better for dispersing and projecting sound than the downwards-firing speakers often found on laptops. Their sound quality, though, is not great. At higher volumes, the mid tones tend to distort and become uncomfortable, and there's very little low-end or bass.

They're by no means the worst laptop speakers we've heard, but you'd be better off plugging in a pair of headphones when listening to music or watching films.

Strangely, the model we were sent for review seemed to be a mixture of two models, featuring a 1920 x 1080-pixel display and a Core i7 processor.

The Intel Core i7-6500U has a base clock speed of 2.5GHz and can Turbo Boost up to 3.1GHz under the right thermal conditions. It's paired with 8GB of RAM and in our demanding benchmarks, our test unit performed quite well but below some laptops with the same processor.

The drop-off in performance is likely due to a combination of less-efficient cooling and slower storage. The Envy 13 performs perfectly adequately with everyday tasks, but it's not quite as quick as more expensive rivals when push comes to shove -- and, of course, the Core i3 and i5 models will be slower again.

With integrated Intel HD Graphics 520, the Envy 13 is only really suitable for light gaming. Its performance in our DiRT benchmark indicates you'll need to play games like this at a low image quality to get playable frame rates.

Battery life was reasonable, with our review Envy 13 achieving 6 hours 23 minutes in the benchmarks. We test battery life by playing a video with the display set to 170cd/m2 brightness and flight mode enabled, so with the screen set to a lower level you should be able to get through a working day without running to the charger.

Just remember that the high-end model's 3200 x 1800-pixel display is likely to have a negative impact on the laptop's battery life.

Finally, to the Envy's 13-inch display. As mentioned earlier, our review sample has the 1920 x 1080-pixel IPS screen, and this was a respectable performer. A matte coating and wide viewing angles ensure comfortable viewing, while a peak brightness of 306cd/m2 and a contrast ratio of 1,077:1 ensure onscreen images appear solid and realistic.

Coverage of the sRGB colour gamut was the only area where the display came up a little short, hitting just 83.7%, while an average Delta E of 3.22 (a lower score is better) shows that the Envy 13's screen isn't the most accurate for colour-sensitive work. For more general use and web browsing, however, it's more than adequate, and the backlighting is evenly distributed across the screen. 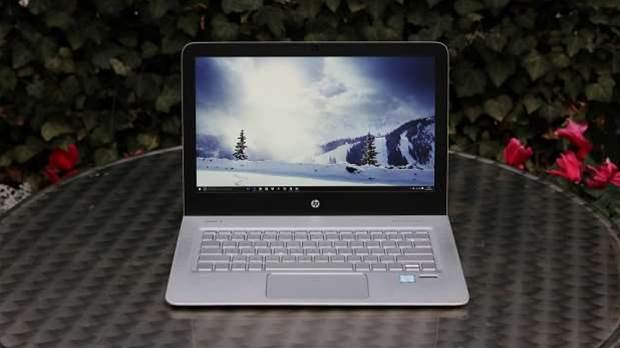 Overall, the HP Envy 13 is a bit of a mixed bag. It's light and great to look at, but we found the keyboard, in particular, disappointing to use for prolonged periods, and its performance isn't what it could be given the processor included.

Still, it is at least good value. Pricing for all three models compares favourably with other ultraportable laptops offering similar specifications.