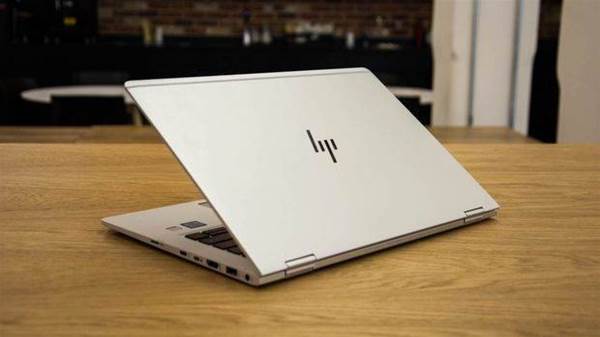 Looking for a powerful convertible laptop with enterprise-grade security? HP's latest 2-in-1 should be on your shortlist.

HP has built a strong reputation as a provider of business-grade IT hardware, and with good reason. The company's laptops reliably feature excellent performance, strong business functionality and attractive design, and HP is now looking to continue this tradition with the Elitebook X360.

Packed with Intel's latest, seventh-generation (Kaby Lake) processors and a slew of business features, HP's latest convertible notebook is gunning for the boardroom. But can HP's latest device stand up to the challenge posed by upstart devices like the iPad Pro?

Like most of HP's premium notebooks, the Elitebook X360 oozes quality. The aluminium unibody is accented with diamond-cut edges, it has an understated, professional aesthetic and the whole thing is deeply attractive without being garish.

Despite its sleek looks, there's an air of sturdiness to it that instils a sense of confidence in its ability to stand up to a bit of punishment. It's well-deserved, too – the X360 is designed to pass the MIL STD 810G tests that certify a device as rugged enough for use by the US military. 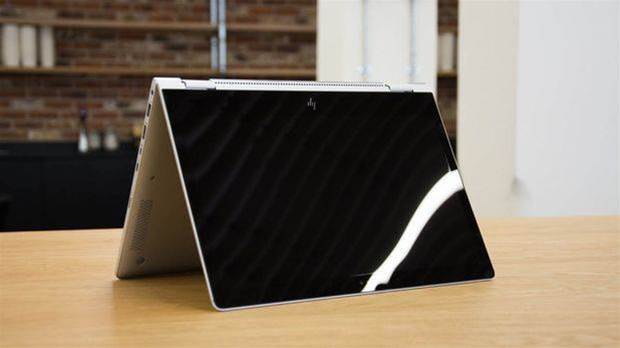 At 1.27kg with a 14mm thickness, the Elitebook X360 is a little on the chunky side when compared to other convertibles, but the X360 includes an excellent full-size keyboard, powerful internal components and a healthy allocation of ports, so it's easy to forgive.

As a convertible, the X360 is fully reversible, so you can flip the screen over and use it as a tablet, or stand it up in tent mode. It's a little too heavy to use comfortably as a tablet in day-to-day operations, but it's well suited to occasional use. For example, it's perfect for meetings where you need to refer to notes, but don't want to be awkwardly toting around a traditional clamshell.

We found ourselves actually using the additional functions like tent and tablet mode quite a bit, and they actually did encourage us to be more agile in the way we worked. For example, it turned out to be much more convenient to proof-read documents in a coffee shop with the X360 folded over and held like a clipboard than it was to simply use it in a traditional form-factor.

The Elitebook X360's keyboard is similarly polished. Typing feels satisfying, and the backlit keys offer excellent travel depth and feedback, with no sign of the mushiness exhibited by cheaper keyboards.

The touchpad is also great; large enough to capably navigate the screen, while clicking offers a firm response. It's really nicely-finished too, and your finger glides over the touchpad's surface with ease. 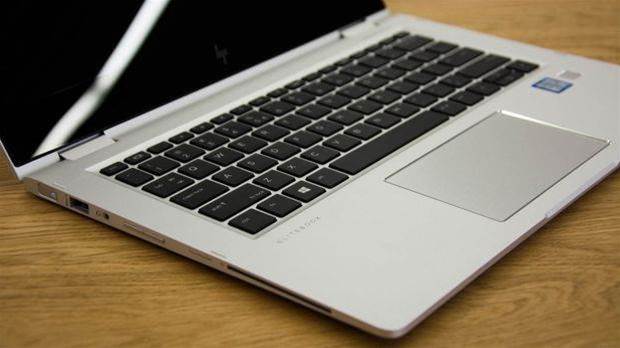 While not quite as satisfying to use as the MacBook or Surface Laptop's keyboard, the HP Elitebook X360 is certainly one of the better notebooks we've used for typing, and we had absolutely no issues with it.

As you'd expect from a machine sporting one of Intel's latest chips, the Elitebook is very nippy indeed. It matched the Toshiba Portege X20W, which is very impressive. We're confident the X360 will be able to handle just about anything that your average user can throw at it, including strenuous multi-tasking and photo editing tasks.

The battery life is excellent for a convertible, too – especially one that uses a full-fat Kaby Lake processor. With a measured battery life of 10 hours 46 minutes, it's more than capable of powering you through a full day of work with juice to spare.

Even better, it supports Thunderbolt 3 in addition to using a traditional charger. This flexibility means that you needn't sacrifice port space in order to juice it up but also ensures you won't be caught short in the event that you leave your adaptor at the office.

Unfortunately, the X360's 13.3in screen is a little bit of a letdown. For starters, it's only available in the UK with a Full HD resolution, as opposed to other territories where it comes with an optional 4K panel. While 1920 x 1080 pixels isn't sub-par, it would have been nice to have to option of increased visual fidelity, particularly for those who may be looking to use the X360 for photo-editing tasks.

The colour accuracy is a little disappointing too, covering a markedly lower percentage of the sRGB spectrum than Dell's XPS 13 or the Surface range, according to our tests. This isn't a major issue for most users – colours are still punchy and vivid - but it's not ideal for graphic designers or photography professionals. The X360's maximum brightness is below the average, too.

It's not enough of a problem to put us off the device or to spoil our experience, and movies, images and documents are still represented well. It is a shame, however, particularly since HP's displays are often excellent.

One of the most striking things about the Elitebook X360 is just how many ports HP has managed to cram into it. Most convertibles make do with one or two, but the X360 has two full-sized USB 3.0 ports, a USB-C port, a HDMI output, a microSD card slot and even a security card reader. This is a very healthy complement, and ensures that you'll never need a dongle or adaptor.

HP included with the Elitebook X360 the company's Active Pen (which is sold separately), and while it's perfectly functional, it still doesn't feel quite as intuitive or as pleasant to use as the Surface Pen. HP also hasn't included any way of attaching the pen to the X360. 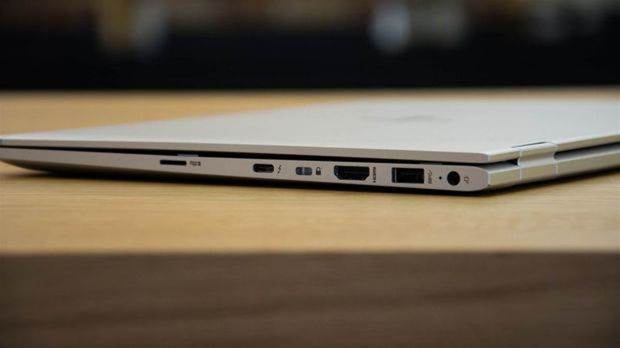 This is a real bugbear of ours – if you're going to include a stylus with your product, then include some way of keeping them together, too – otherwise, it inevitably ends up getting lost. The Surface Pro's magnetic pen holder is the perfect blueprint for how to do this right, and it's frustrating that more companies haven't followed Microsoft's lead.

Unsurprisingly for a business-class device, the X360 is packed to the gunnels with enterprise security and management features, including Sure Start Gen3 BIOS protections and the aforementioned smart card reader. Elsewhere, there's Windows Hello biometric authentication, including both facial recognition and a fingerprint reader.

HP's business ultrabooks are generally superb, and the Elitebook X360 is no exception to this trend. It’s a premium laptop, with pricing starts at $1,999 – and that entry-level model only includes a 128GB SSD and Windows 10 Home, along with an Intel Core i5-7200U processor and 8GB of RAM.

Thankfully, there are six other configurations to choose from, with pricing ranging up to $3,499 – and that high-end model offering a Core i7-7600U, 16GB of RAM and 512GB PCIe SSD. All but the entry-level model include Windows 10 Pro.

Sleek, attractive, and dripping with power and functionality, this machine is a mightily capable business powerhouse.

It's also one of the most versatile and well-rounded convertible laptops we've seen. It's got all the ports you could wish for and more than enough raw horsepower to handle just about anything you can throw at it without sacrificing its thin, lightweight design.

It's not perfect – the screen is somewhat disappointing, and the Active Pen feels a tad superfluous – but it's one of the best business laptops around. For business users who want to maximise their productivity, the HP Elitebook X360 is a must-have for your shortlist.