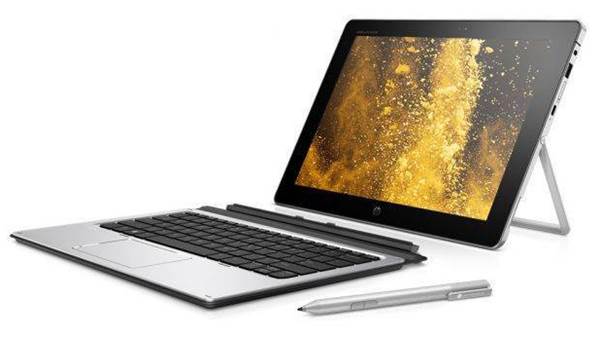 The HP Elite X2 1012 is available in a range of configurations. Our test unit included Intel Core i7-7600U processor, 16GB of RAM and 512GB Turbo Drive SSD. It racked up a score of 53 in our benchmark tests, which is speedy indeed. While it lagged a little bit behind an equivalent Surface Pro model, it's more than capable of keeping up with most other 2-in-1s and even some ultrabooks, and will happily handle intense workloads and multitasking without a hint of complaint.

Battery life is a less impressive story, unfortunately. In our video rundown test, it managed just 6 hours 32 minutes, which isn't as lengthy as we'd like. In fact, it's probably not going to see you through a full working day unless you're judicious about limiting your power consumption. This is a shame, as it limits the versatility of an otherwise excellent hybrid.

As one of HP's business devices, the Elite X2 is more generous than most Surface Pro-type devices when it comes to ports. Along with a USB 3.0 port, there's a Thunderbolt-enabled USB-C port allowing it to be connected to a powered dock for data, power and display transfer. It also has a MicroSD card slot for expanding the storage and a SIM tray for 4G data connectivity. 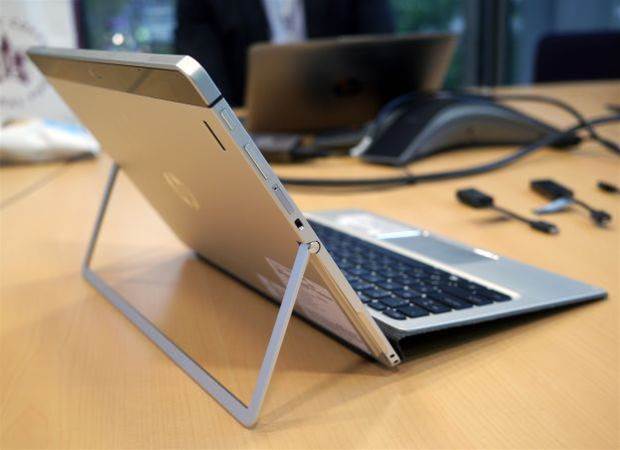 There's a depth-sensing camera offering Windows Hello biometric login support, and all but the entry-level models include Windows 10 Pro as standard, offering a range of enterprise management functions. HP has included several of its own business management tools as well, including third-generation Sure Start BIOS protection and the HP Manageability Integration Kit.

The model we tested goes for $3,199 but that includes the keyboard, 4G capability, Intel Core i7-7600U processor, 16GB of RAM and 512GB Turbo Drive SSD. While that’s not particularly cheap, it is $100 less than an equivalent Surface Pro – and the latter doesn't include keyboard.

The HP Elite X2 1012 is a sterling example of how to do a business hybrid right. It may take a substantial amount of inspiration from Microsoft's Surface Pro range, but HP hasn't fallen into the trap that many manufacturers fall into by only borrowing the design and forgetting about the impressive performance that makes the Surface Pro line so beloved.

On top of that, the company has also added some very useful features, such as a raft of management tools and the ability to upgrade parts, which will make techies and IT administrators very happy indeed.