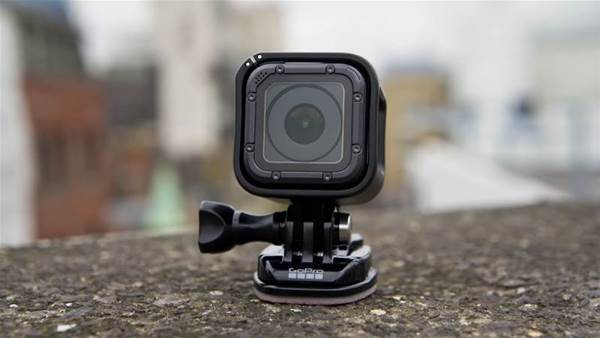 Looking for a more affordable action camera than the GoPro Hero 5 Black? The tiny Session packs plenty of punch.

As we explained in our review of the GoPro Hero 5 Black, the action camera is not only a worthy inclusion in our gift guide series, it can also be used for business too. But if the $569.95 flagship edition of the Hero is a bit rich for you, there’s a smaller, cheaper alternative: the $459.95 GoPro Hero 5 Session.

Last year, GoPro went out on a limb with the Hero 4 Session. It was the first time the company had overhauled its action camera chassis, and the first GoPro you could use in the wet without having to stick it in a case.

This year, the company has applied the lessons learned in the production of the Session to the Hero 5 flagship, making it fully waterproof too, yet it has also found the time to update its baby action cam: the GoPro Hero 5 Session.

The key upgrade is the move from Full HD last year to 4K capture this year (more on that later), but one thing that hasn’t changed is the design of the Session. It’s still cute and cube-shaped, weighs barely anything at 74g, and measures just 38 x 38 x 38mm.

This year’s Session is still waterproof up to a depth of 10m, meaning you don’t need to worry about popping it in a case unless you plan on taking scuba diving. 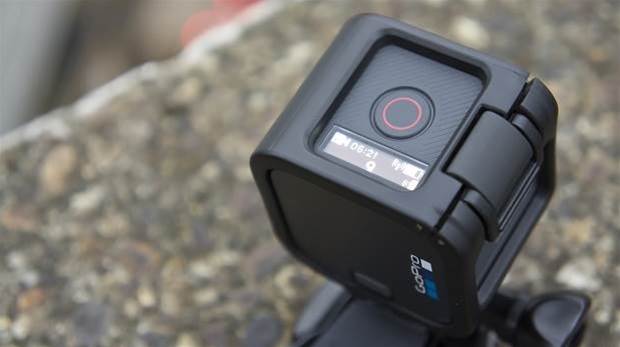 The key difference between the Session and the Black in terms of its capabilities is that this Session lacks a colour LCD for framing and playback. Instead, you have a basic, monochrome LCD screen on top, which displays modes and status, while on-device controls are limited to physical buttons. On top is a dual-purpose power and shutter button, while a button dedicated to switching shooting modes can be found at the back of the chassis.

Another big difference between the Hero 5 Black and the Session is that the latter has a non-removable 1,000mAh battery, which limits its practicality for professional videographers. With no way to quickly swap out depleted batteries once you’ve run out of juice (more on this below), you’ll need to rely on a power bank if you want to keep on shooting, or buy two cameras, since a charge takes just over an hour.

Thankfully, the Hero 5 Session has better battery life than its Hero 5 Black counterpart. Through stop/start footage, we were able to squeeze 1 hour 40 minutes out of it, with 40% battery remaining. The Hero 5 Black only managed 1 hour 45 minutes in total.

Video is recorded to microSD, but you won’t find a bundled card within the packaging, and charging and data transfer takes place via a USB Type-C port. The camera supports up to 128GB cards, allowing you to save all your pictures and videos – depending on your storage needs – and you can find 32GB cards for as low as $20 online.

Thankfully, you do get a USB Type-C to USB cable in the box so you can charge up the camera, and there’s also a simple helmet mount supplied. You can supplement that with a range of optional mounts if you want to take it surfing or mountain biking.

The Hero 5 Session is very easy to use. Pressing the shutter button at the top powers on the camera and allows you to start recording within seconds. If you press the button again, it will save your recording and then power off the camera to conserve battery life. 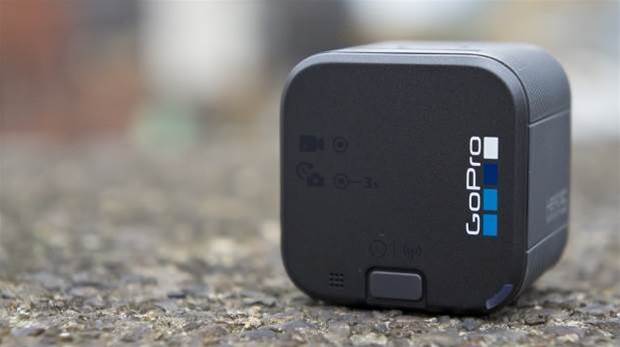 By pressing the mode button at the back, you can cycle between video and photo modes, and you’ll be able to see which setting you’re in alongside battery information and remaining storage on the LCD display. The new Session also supports the same set of basic voice controls as the Hero 5, allowing convenient, hands-free control over play and pause, mode switching and stills capture.

Because the Hero 5 Session doesn’t have a colour touchscreen, you’ll need to connect to it via the GoPro Capture app on your phone to change settings and review footage. We do like the Hero 5 Black’s touchscreen, but given the features found within GoPro’s suite of apps, the touchscreen probably isn’t a feature you’d missed all that much.

The Hero 5 Session’s best new feature is its ability to record 4K video at 30fps, and the video quality is very impressive. If you’re looking to achieve higher frame rates, you can drop down to 1440p at 60fps, 1080p at 90fps or even 720p at 120fps for those slow-mo video recordings.

Videos are sharp and detailed, offering a significant step up over last year’s Hero 4 Session. This is in the main part due to the increased resolution, but also comes down to the improved video-recording bit rate, which is now up to 60Mbits per second, compared to last year’s 25Mbits/sec Hero 4 Session.

Just like the Hero 5 Black’s camera performance, we found the colour saturation a touch cold, and low-light performance was slightly problematic with noticeable image noise. Still images are captured at a resolution of 10 megapixels (compared to 12MP for the Black) and colours were vibrant, but lack the detail of a good smartphone camera. 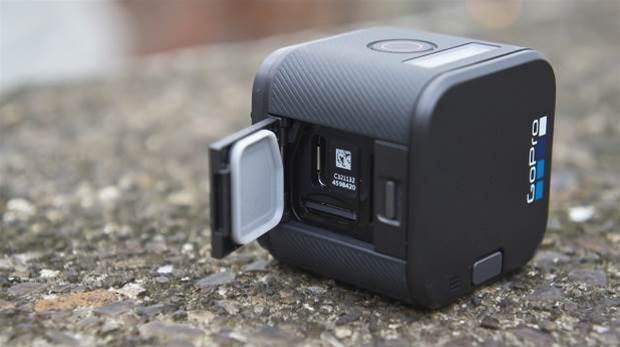 We also found images were underexposed compared with images taken on the Hero 5 Black, and the lack of RAW support means that fixing those images won’t be quite as successful either.

While it has some limitations compared with the Hero 5 Black, the adorable Session packs one hell of a punch for such a tiny action camera. Its video quality is excellent, it’s waterproof and compact, and battery life is good. We also love the voice controls, and the app works beautifully for framing and playback.

However, while the Hero 5 Session is $110 cheaper than the Hero 5 Black (or even more if you shop around), the great-value Hero 4 Session is also still available. Now selling under $300, it remains a cracking camera, only lacking 4K support and voice controls from the new version.