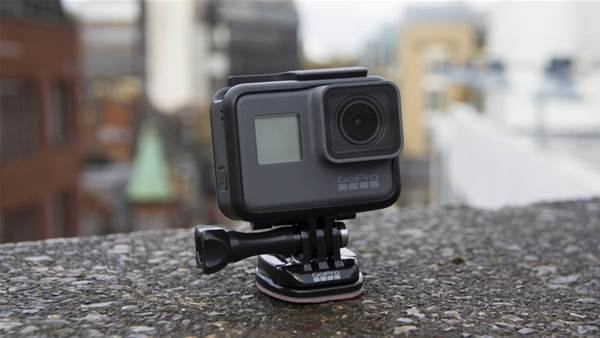 Sure GoPro’s new action camera is a whole lot of fun, but it can be used for business too.

GoPro has, for many years, dominated the action camera scene. From the outset, the company recognised the need to combine top image quality with a compact, go-anywhere design – and the result has been huge sales globally, and it hasn’t been just consumers purchasing GoPros. Professional videographers and photographers love GoPro cameras, too, so the launch of the GoPro Hero 5 Black is a big deal.

GoPros are also becoming widely used in business for do-it-yourself promotional and how-to videos. With a range of straps and attachments available, a GoPro can be mounted on your head, on your car and just about anywhere else. Whether you’re a manufacturer, designer, builder, truck driver or dog walker, with a bit of creativity a GoPro can be used to promote your business. Want to demo your product in everyday use, in harsh conditions or underwater? A GoPro is ideal, as it also is for instruction videos on how to assemble and setup a product.

But the truth is the GoPro Hero 5 Black is just a whole lot of fun and, at $570, still reasonably priced, making an ideal addition to our gift guide series.

Such has GoPro’s focus been on image quality that it has eschewed certain features up to this point, most notably built-in waterproofing. The Hero 4 and other GoPro Hero cameras up to this point have never been particularly weatherproof – they relied on external cases to provide snow, sea and storm resistance – but the Hero 5 goes all out, delivering full-on waterproofing to a depth of 10 metres without the need for a case. 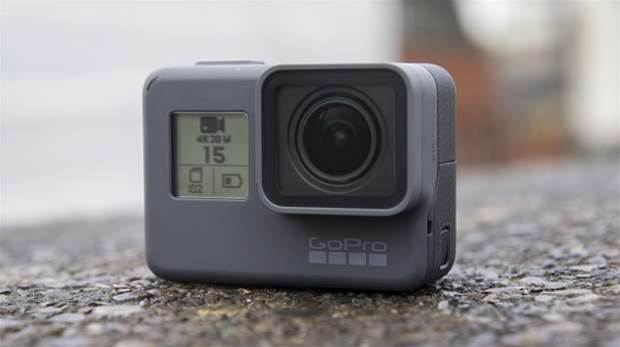 If you want to take your GoPro scuba diving, you’ll still need to pop it in a case, but surfers, sailors and skiers will be pleased that they no longer need to fiddle around clamping the camera into its case. A nice side benefit of this is improved sound quality. Without the plastic case forming an impenetrable barrier between the microphones and the outside world, the GoPro Hero 5 is capable of superior audio capture, and there’s also GPS, so you can now overlay positional data over the top of your videos.

But let’s get back to that design for a minute. For anyone familiar with the GoPro Hero, it will come as quite a shock. It has the same basic, rectangular shape, but that’s where the similarities end. It’s curvier than the rather boxy Hero 4, grippier thanks to a rubberised finish on the outside, and has ribbed areas on the rear that ensure it’s less likely to slip out of your hand if you’re shooting from the hip.

Heavy-duty flaps cover all the ports – including the new USB Type-C charging port – to prevent water ingress, and the lens is covered with a flat piece of glass topping a protruding square turret on the front.

That, as well as slightly larger dimensions all around, may mean that the new GoPro doesn’t quite fit existing accessories, so check carefully before you take the plunge. Convenience-wise, though, the Hero 5 is a huge improvement on the previous models.

Another big upgrade for the Hero 5 is evident the moment you fire it up: it has a 2in, colour touchscreen on the rear, designed to make controlling the camera and switching modes easier than ever.

Once again, this is a big step forward over previous models, which didn’t even have a screen, let alone one with touchscreen abilities. It’s a bit fiddly, and you can’t use it underwater or with gloves on, but it means you don’t have to memorise obscure combinations of button presses to switch modes. It also makes it far easier to frame your shots, and you don’t need an encyclopaedic knowledge of the camera’s various beeps and LED lights to know what it’s doing. 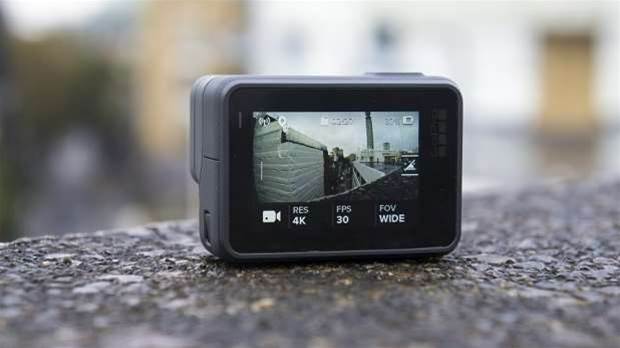 Even if you don’t fancy fiddling with the touchscreen or the shutter or mode buttons (yes, they’re still here, for those times when you need them), the GoPro Hero 5 has another useful trick up its sleeve: voice control. Now, this isn’t anywhere near as advanced as Apple’s Siri, but you can issue basic commands such as “GoPro turn on” or “GoPro start video”, and they work pretty well. You do have to raise your voice somewhat in particularly noisy surroundings, however.

And, yes, I know many of these features were previously available via the GoPro app, but frankly anything that reduces the number of gadgets you have to juggle when you’re out and about is good news.

The GoPro’s accompanying apps are best kept for the editing and reviewing of footage, and there are new goodies available here, too. We were particularly interested in the new Quik app, essentially a rebrand of the excellent Replay app, which GoPro acquired recently. Essentially it’s a video-editing tool that takes the effort out of creating video montages to music. Feed it clips, stills and a few captions and it makes an incredibly impressive stab at producing a video ready for sharing.

Image quality and other features

Inside, it’s much as it was before. The Hero 5’s sensor is the same size as in the previous model (it’s 1/2.3in) and it can record in resolutions up to 4K, but still only at 30fps. Drop the resolution and you can record at higher frame rates – up to 240fps for ultra-slow-motion recording – but there’s no difference in capability here over the Hero 4 Black.

The big upgrade comes in the shape of electronic image stabilisation. This smooths out particularly shaky footage, but at the cost of a slight reduction in overall quality. For bumpy shots, such as those when you have the camera mounted on the handlebars of a bike, this works reasonably well, but it’s less useful for head- or car-mounted shots where biological and mechanical image stabilisation comes into play.

Video quality is, as always, stupendously good. Footage is packed with pin-prick detail and, although colour saturation is a touch muted (much as the Hero 4 was), it’s a good performer in dimly lit situations, with noise levels kept to a low level. Its 12-megapixel stills look great. They’re generally well exposed and colours are vibrant, and the new ability to export RAW files in this model helps you rescue shots that might otherwise be unusable.

As mentioned earlier, audio is significantly improved, mainly due to the new wind-reduction feature and the fact that you no longer need to mount the camera in a case to ensure water tightness.

One thing that hasn’t seen much of a boost, if any, is battery life. Although the battery has been given a capacity boost in the Hero 5, in intensive stop-start use we found it failed to last longer than a morning. The screen, GPS and image stabilisation all take their toll, and you’ll need to purchase some spare batteries if you’re planning on being away from base for longer than half a day.

It’s inevitable: with more features, better ease of use, and waterproofing, plus improved audio capture, the GoPro Hero 5 Black is the new king of action cameras.

It’s also nice to see that, at $570, the Hero 5 Black is still very affordable – and it might actually save you from having to buy a waterproofing case.

If you’re in the market for an action camera and you want the very best, pick the Hero 5. It’s the toughest, roughest, best-quality shooter in the business.