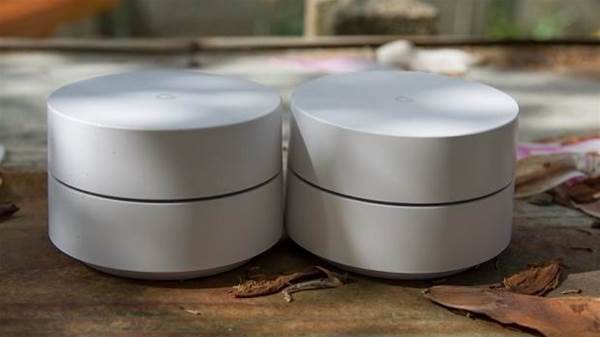 Ask most people what the bane of their technological existence is and many of them will respond with one word: “Wi-Fi”. Despite the advances of wireless technology over the past few years, Wi-Fi in the home and small office has failed to move forward in one key area: coverage. That’s where Google Wifi comes in with its new mesh Wi-Fi system.

Google isn’t the first to produce such a system. We have the Linksys Velop, Netgear Orbi and, more recently, the TP-Link Deco M5 all competing for a slice of the action.

Google Wifi is different, though, and for a number of key reasons. First is its use of the 802.11s mesh Wi-Fi standard, which it says no other residential mesh system is using. This is something Google has been working on with the IEEE since it began the Google Wifi project some four years ago, and it brings with it a number of benefits over the proprietary systems employed by other vendors.

The most important advantage will be interoperability. As yet, no third-party vendors are using the 802.11s standard, so only Google’s Wifi boxes work with the system, but there’s a degree of future-proofing here. If you buy Google Wifi, there’s at least the faint prospect you might be able to upgrade it, node by node, with less expensive third-party devices later on. 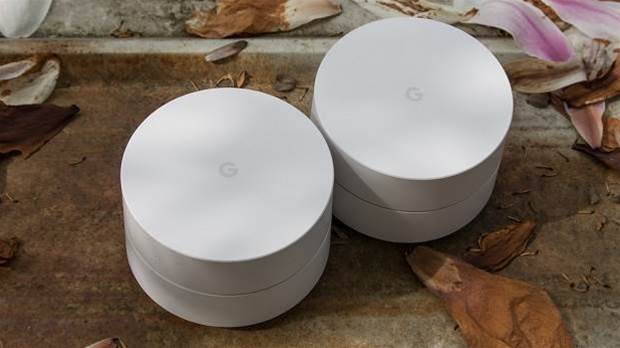 Then there’s the way Google brings all its machine-learning might to bear, because Google Wifi isn’t just a series of dumb boxes. By using a dedicated sensing radio to scan your local network environment, it can send information about signal strength and Wi-Fi congestion back to Google’s servers, which in turn analyse the data and send back information to Google Wifi about how and when to hop channels to maintain a strong signal.

It’s clever stuff, and there are other techniques Google Wifi employs to keep your wireless running smoothly, but the basic recipe for improving Wi-Fi coverage remains the same as with all mesh Wi-Fi: essentially, the more boxes you have, the better it will be.

On that front, Google Wifi makes a lot of sense. It costs $499 for a pack of three Wi-Fi nodes, or $199 for one. That might look a little pricey compared to regular wireless routers, but in the mesh networking space, Google Wifi is actually very competitive. It’s a significantly cheaper than the Netgear Orbi ($749 for an AC3000 twin-pack or $599 for two AC2200 nodes) and Linksys Velop ($799 for three AC2200 Wi-Fi nodes or $649 for two).

Admittedly, Google Wifi is an AC1200 system, which means it’s theoretically not as quick as the AC3000 and AC2200 systems – although it’s certainly not to be sneezed at, offering dual-band 802.11ac connectivity with support for 2x2 MIMO and theoretical speeds of up to 1,200Mbits/sec over the 5GHz band. And as we’ll see below, Google Wifi actually outperformed the Velop in our testing. 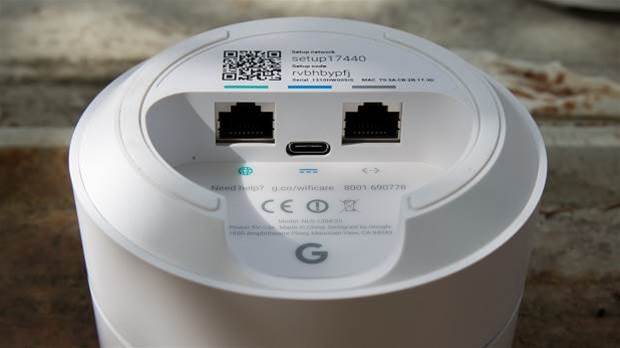 In addition, each of the Google Wifi nodes is a fully fledged router in its own right. They don’t have DSL built in, but they include a pair of Gigabit Ethernet ports built into the base of each cylindrical unit (although one of those is used for the broadband connection on the main router).

What you’re buying here is a series of routers; the difference is that Google wraps it up in its own inimitable way, with clever technology and slick, friendly software.

It all starts with the app. Unlike regular routers, Google Wifi can’t be administered or set up via the browser; you have to do all that using either the Android or the iOS app. Fortunately, the app is brilliant. It takes you step by step through setup, starting with connecting the first unit to your existing router or modem, all the way through to setting up your extra node or nodes.

You might have to restart your modem or router in the process, but as long as you follow the instructions to the letter, you should be set up in less than a quarter of an hour. As with all the mesh systems we’ve looked at, the setup routine analyses your network as you go to make sure you’ve placed the nodes in the best possible place, and uses the status LED wraps around each unit’s middle to provide an indicator of the strength of the connection to the rest of the network.

And that’s pretty much it. Once you’ve done all this, you shouldn’t need to touch the settings ever again, except to delve into the newly improved parental settings or the guest network. Both of these, by the way, behave in precisely the way you’d want.

Parental controls, or “Family WiFi” in Google parlance, allow you to block devices or groups of devices on a schedule. It’s also possible to pause internet access manually if you want to encourage your kids to put down their phones and start doing something more interesting instead.

By default, guest networks are kept completely separate from your main network, so visitors can’t access file shares or network storage, but the genius of Google’s system is that you can provide access to devices such as Chromecasts and wireless speakers with a single click. 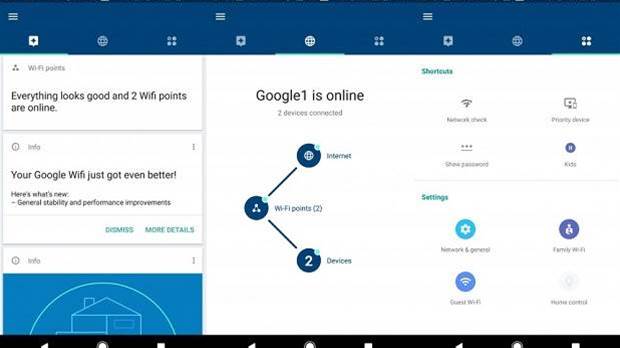 You can also use the app to access more advanced settings such as port-forwarding, custom DNS and setting the network mode manually, although there’s no way to separate the 2.4GHz and 5GHz bands. Google Wifi takes care of connecting clients to the most appropriate band for you using band steering. It also uses another technique called “client steering” to ensure laptops, phones and tablets connect to the Wifi node with the strongest signal.

The most important thing to know about Google Wifi is that, if you have enough nodes, you’ll always get a strong Wi-Fi signal, no matter where you are. The question is, how fast is that throughput?

We tested it in a narrow terrace that spans three stories and has thick brick walls all over the place, and two Wifi nodes were enough to provide a solid signal in all parts of the house.

One thing we wouldn’t recommend you do, though, is buy a single Google Wifi unit now with a view to upgrading it later, as you’ll almost certainly suffer a downgrade in long-range connectivity and throughput. We tested a single unit from our normal long-range location – in the kitchen extension at the rear of the house – and it provided a usable but slow 5Mbits/sec download throughput to the test laptop.

Google Wifi is an impressive achievement for a company not necessarily known for its wireless networking prowess. Not only is it competitively priced within its sector, it’s also a decent performer and is stacked with clever technology to make your life easier.

However, Google Wifi is about much more than providing strong Wi-Fi coverage for your home or small office today. It represents a tipping point for Wi-Fi – a watershed moment if you will, and from now on things can only get better.