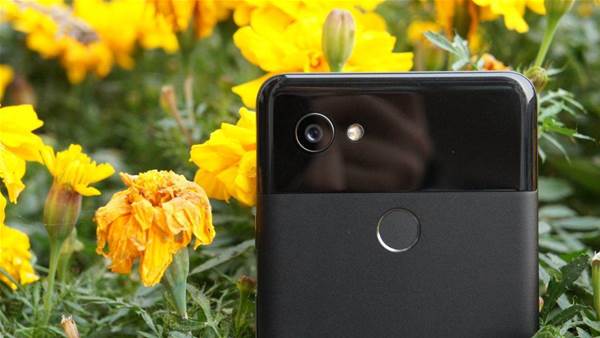 The Pixel 2 XL packs the same hardware as the Pixel 2 – a Qualcomm 835 chipset paired with 4GB of RAM – and it delivers the same level of performance.

In our Geekbench 4 tests, the Pixel 2 XL scored 1,895 in the single core test, while the multicore score was a very decent 6,263. This is pretty much around the same performance as the Galaxy Note 8, which like the Pixel XL 2 has an octa-core chip.

But these benchmarks don't do justice to how well the Pixel 2 XL actually performs, thanks to the fact that it's optimised to run near-stock Android Oreo. Google has put in a lot of work to making sure that in practice, the Pixel 2 XL is buttery-smooth to use. The only change that Google has made to the base OS is that it's added the Pixel Launcher on top, which adds a few light interface additions, such as app tray and the ability to quickly launch the calendar app from tapping on the data on the home screen.

With the Pixel Launcher on top of Android Oreo, Google is presenting its best vision of its mobile OS, and with the Snapdragon chip, everything from browsing multiple web pages to watching video and using services like Slack at the same time is very slick indeed, and we encountered no slowdown despite running multiple apps and multitasking.

According to our benchmark testing, the 3,520mAh battery delivers just over 15 hours of power, but in real world use this can vary. On a full charge the handset's battery can last more than a day with average use ranging from web browsing and messaging to watching the odd video clip on social media.

Heavy use of the phone with its display on full brightness will see the battery drop. For example, we saw our handset bleed 5% of its battery life after 10 minutes of heavy use, which included opening multiple apps and watching videos. Use the Pixel 2 XL heavily for a working day and you'll be reaching for the charger come the late evening, which is about on par with the Pixel XL and other powerful smartphones.

There's a power saver mode which aims to get more life out of the battery by reducing performance and background services. However, when we engaged the mode and kept using the handset we noticed a drop of 4% over ten minutes of continuous use, which we feel wasn't worth the dip in performance which makes flicking through Android feel a little jerky. That being use handset lightly when in power saving mode and the battery life is can keep going for well over a day and a half.

Fast charging is on offer as well and can give the Pixel 2 XL enough juice in 15 minutes to last an evening of emails and web browsing, which is more preferable than trying to eke out every last drop of battery life.

Speaking of smartphone cameras, the Pixel XL had one of the best mobile cameras around, and thankfully the Pixel 2 XL continues that legacy.

Photos snapped through the 12MP, f/1.8 aperture lens are detailed and have nicely balanced colours. There is a small but noticeable improvement in contrast and detail over the camera of the original Pixels, too. 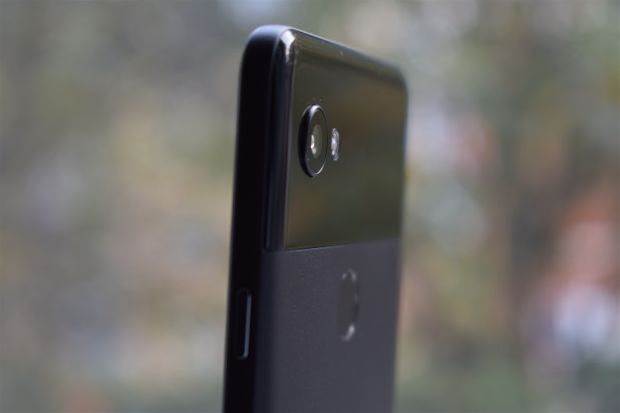 However, video at 4K/30fps is a weaker point, with captured footage appearing to have less detail when compared side-by-side with a video caught on Pixel XL. This issue is likely down to poor video compression though, which is something that Google should be able to patch out.

And the machine learning doesn't stop there. When taking stills, the Pixel 2 XL captures multiple pictures from a single shot and uses smart algorithms to form the best possible picture out of the images. It also records a three second clip to create a form of 'live photo' with smartly selected beginning and end points for the clips.

The Pixel 2 XL’s camera also has a novel approach to snapping photos with impressive depth of field, thanks to the use of a lens that has pixels made up of two smaller pixels, forming a dual pixel camera that uses machine learning to measure the depth of pictures, without needing a second lens like the OnePlus 5 or iPhone 8 Plus.

This is the tech behind the Pixel 2 XL's portrait mode, which helps keep the subject of a photo in focus while artistically blurring the background. Working on the 8MP front-facing camera as well, the Portrait mode produces some very nice pictures that achieve some of the fancy bokeh effects that would normally be the domain of DSLR cameras.

Without a doubt, the Pixel 2 XL has one of the best cameras out of any smartphone, and if Google can improve the video compression then that camera will go from excellent to sublime.

While it's getting difficult to actually buy a bad smartphone these days, there has been a clutch of impressive handsets that made their debut this year – were it not for them the Pixel 2 XL would be the best Android handset around. 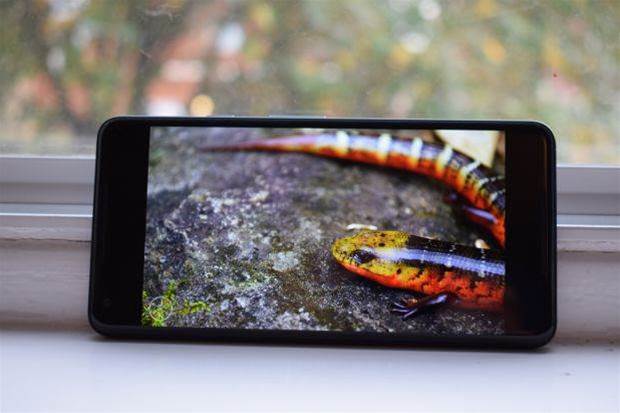 Despite our disappointment with the display, the size of it combined with the performance of the hardware and the Google's smart software means the Pixel 2 XL is great for work and play.

On the other hand, if you value your privacy then the Pixel 2 XL is not for you, as its smart features are at their best with free access to your apps and data.

The lack of headphone jack will be a sticking point for many – and the price will be another. Google has joined Apple and Samsung in increasing pricing of the higher-end models: the Pixel XL 2 will set you back $1,399 (64GB) or $1,549 (128GB).

That’s seriously pricey, and what’s worse, they’re still Telstra exclusives, like the original Pixels, for those wanting to buy on contract. The lowest price plan is a hefty $101 per month for 2GB – and you can’t shop around for better deals as you can for the latest Apple and Samsung flagships.

Fans of pure Android who want a well-made, big-screen workhorse of a smartphone will want the Pixel 2 XL, which is worth the extra cost over the smaller and less impressively-designed Pixel 2.

However, for those who are less fussed about smart virtual assistants and near-stock Android, Samsung’s Galaxy flagships are likely to be the better fit thanks to their superior design and displays. And Apple fans are not likely to be swayed when the iPhone X is on the horizon and is only (comparatively speaking) a little more expensive.

Nevertheless, the Pixel 2 XL is Google's attempt to showcase its machine learning chops and present the best take on Android around, and it succeeds with aplomb. If Google can keep improving upon its Pixel phones each year, then we could soon be seeing a new smartphone champion to knock Apple and Samsung off their pedestals.