Google Home review: a digital assistant that can really help 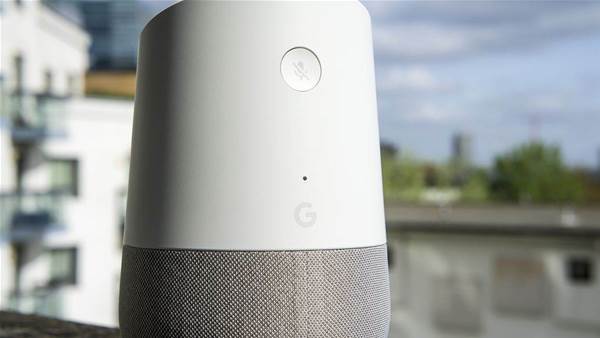 Google has beaten Amazon and Apple in launching the first voice-controlled smart speaker in Australia. We put it to the test.

Amazon Echo was first out of the blocks a couple of years ago, but has not (yet) officially made it to Australia, making Google Home the first widely available smart speaker here.

In fact, like the Amazon Echo, Google Home is far more than a smart speaker. It’s a voice-controlled home digital assistant and one of its key roles is to answer your questions – the type of questions you might usually Google, for example – as well as controlling your smart home and helping you plan your day. It also has the added advantage of tying into all of Google's various products and services.

The question is, can Google Home stand out from rival devices? More importantly, can it convince Australians that having a home digital assistant is genuinely useful?

And what does it mean from a business perspective? With Amazon Echo enjoying considerable success in the US and elsewhere, these voice-activated digital assistants have the potential to change how consumers discover and interact with businesses, at least some of the time.

That’s a question for another time. Here, we’ll look at what Google Home offers and how well it works.

While most tech hardware is designed to be stuck under a desk or housed in an entertainment system, Google Home is supposed to be placed out in the open. Thankfully, it doesn't look nearly as garish as it could do.

While the Echo is tall and thin, Google Home is short and squat, with a rounded base housing the three speakers. The base is covered by an interchangeable shell, available in a number of colours and materials to suit your decor and personal preferences.

Like the Amazon Echo, Google Home is minimalist and understated, with none of the flashy design flourishes that typically adorn consumer tech products. Instead, it is compact and unassuming. It also doesn't look as obviously 'techy' as the Echo, and does a better job of blending into its surroundings. It looks uncannily like a motion-activated air freshener, in fact. But that's no bad thing.

In addition to using voice commands, Google Home also features a touchpad built into the top of the unit for physical interactions. You can pause any media that's playing with a tap, long-press to start it listening, or change the volume by rotating an imaginary dial. 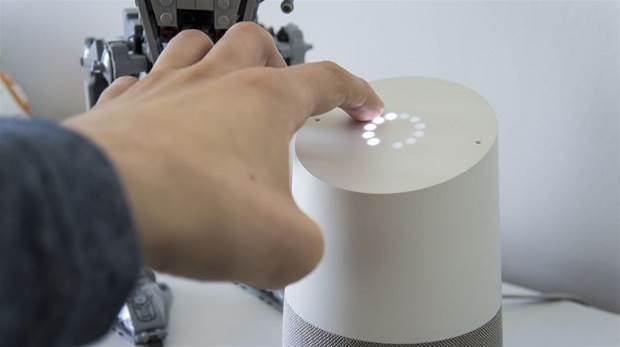 These controls are excellent and, because it's all done via a single touchpad, they're actually more intuitive than the Echo's. There's also a mute button on the side, which we'll go into in more detail later.

Broadly speaking, Google Home has the same basic feature-set as the Echo. Using voice commands, you can tell it to play music, ask it questions, play games and get updates on news, weather and traffic.

All this information is collated into a daily briefing, which includes local weather, upcoming calendar events, updates on your commute and a news digest from a customisable list of your preferred sources. The Echo does offer similar functionality, but we think Google's version has the edge. That's because it groups all of this information together, whereas the Echo forces you to ask for each element separately. Google also offers a much wider variety of news sources – although some are better than others.

Google Home will look at your calendar and compare it to incoming real-time information to keep you updated on any changes you should know about. If there's heavy traffic, for example, it might tell you to leave for an appointment a little earlier.

For US users, Google has also brought calling capabilities to Google Home, allowing you to make handsfree calls with no extra apps required. It doesn't even need to be tethered to your phone. This seems like a neat feature, but unfortunately, it's unknown when (or if) it will make it to Australian units. However, the addition of support for Bluetooth pairing may make this something of a moot point.

Another seriously cool feature that Google Home has is support for multiple users. This allows up to six people in the same household to access their own personalised playlists, commute times, news reports, calendar and more.

While the Amazon Echo also features the ability to switch between multiple user profiles, Alexa lacks the capacity to switch between them on the fly. Google Home, on the other hand, uses machine learning and voice recognition algorithms to automatically detect who's talking and adjust its responses accordingly.

All each person needs to do to register their voice is download the Google Home app, link it to the Home unit in their household and repeat Google's trigger phrases a few times in order to train it to their vocal patterns.

As with the Amazon Echo, Google Home can control various smart home devices like connected thermostats and smart lights, although currently Google Home’s Australian website only lists Philips Hue lighting products and of course Google Chromecast as compatible devices. Pairing promises to be swift and simple, and this was certainly the case with Chromecast.

Thankfully, the Google Assistant supports homebrew automation via IFTTT, so you can get virtually any connected device working with Home to some degree. It also means that you can use all of your existing recipes with Home and add rudimentary voice control to a number of third-party products.

Because it uses Google's exemplary search algorithms – as opposed to the Echo, which relies on Bing – Google Home's search functionality is excellent. It can also handle contextual questions, meaning you can string related queries together.

Ask it for the nearest pizza place, for example, and it will give you a list of nearby restaurants. If you say “what time is the first one open until?” it will understand what you mean and answer appropriately. Follow up with “what's the phone number?” and it will read it out with no issues.

As expected, it integrates with Google's other apps, including Google Calendar, Google Keep and Gmail, which mean you can manage your calendar, check and update your shopping list and check any flight times stored in your inbox respectively. Sadly, it doesn't allow you to add new reminders to your calendar, but otherwise it's very well-rounded.

One of Google Home's real headline features, and the thing that primarily sets it apart from the Echo, is that you can use it to control your Chromecast devices. You can use voice commands to cast content to your Chromecast or Chromecast audio, fast-forward or rewind by specific increments and play and pause at will.

This is an excellent feature, and one that's smooth and intuitive to control. This already-impressive functionality has been made even more essential since Google expanded its capability, allowing Google Home to cast relevant data to your Chromecast based on queries. Ask it about your calendar, for example, and Google Home will flash up your schedule on your TV. 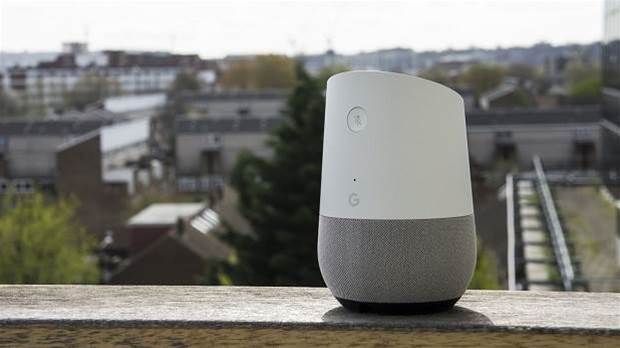 The inarguable centrepiece of any smart home hub is the smart software that powers it. In the case of Google Home, that's the Google Assistant – the company’s answer to Alexa, Amazon's cloud-powered digital assistant. It’s effectively the same version found in phones like the Google Pixel and LG G6 but, currently, Assistant isn’t as good as Alexa.

For a start, the speech is much more stilted; while Alexa's responses are all smooth, measured and natural-sounding, the Google Assistant has speech patterns more akin to Microsoft Sam, with jarring changes in inflection and tone.

It's also not as good at speech recognition either. While the far-field microphones picked up our commands with few problems, it sometimes had trouble correctly hearing and understanding them. It's not common enough to be an issue, but it's an annoyance that we could really do without.

One of the primary functions of any connected speaker is going to be playing music, and Google Home performs well in this respect. It can pump out a surprising amount of volume considering its compact frame, and the tone and audio quality is generally good.

The only slight quibble we had was that the bass tended to be somewhat overpowering, occasionally drowning out the higher ranges.

Google is one of the most notoriously data-hungry companies in the world, and frequently finds itself accused of breaching its users’ privacy. In order to allay any fears consumers might have about placing a constantly-connected microphone in their own home, the company has built a number of privacy measures into its hub, similar to the protections found in the Amazon Echo. 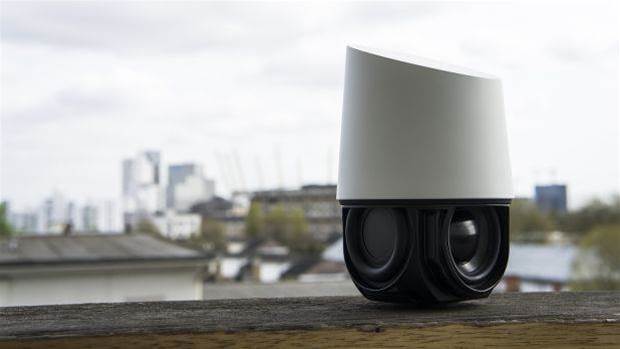 The first of these is the fact that Google claims that the Home unit will only start listening once it detects the 'OK, Google' command, rather than constantly recording. For the truly paranoid, Google has included a mute button, which completely shuts off the microphone, including stopping it from listening for the wake command. Google keeps a record of what you've said to your assistant, but you've always got the ability to delete specific entries, or scrub it entirely.

You can also choose whether or not to grant it access to details of your Google account, like your calendar and emails. If you're considering getting Google's digital hub at all, however, chances are you're not too fussed about the company's data-gathering.

Google Home currently has the Australian market to itself. That will change at the end of the year when Apple HomePod is due to be launched here – and it wouldn’t surprise us if the Echo arrives when Amazon’s expands its retail presence in Australia over the next year or so.

So, so should you buy now, wait or give all these devices a miss?

Sure, you could live without a smart speaker and probably never miss it. And the others will have their advantages, with the Echo offering a better all-round assistant and the HomePod likely to suit those who’ve invested in Apple’s ecosystem.

However, Google Home is a superb smart speaker, it’s very good value at under $200, and it has its own advantages, such as integration with the rest of Google’s apps and services, and particularly its streaming capability when paired with a Chromecast.

It’s also an excellent example of how voice-controlled assistants can simplify your digital world. And while it's not going to immediately change your life, over time it will likely to make a big difference to your productivity and daily routine.