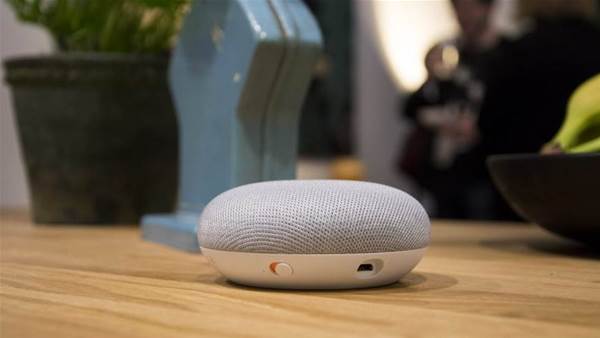 Google’s $79 smart speaker is big on smarts but has one dumb flaw.

Google is not used to being second. And yet, that’s uncomfortable the position it finds itself in the smart speaker market.

The reasons for that are twofold: first, Amazon was fastest out the blocks. Although the Echo may be new to Australia, it has been a feature of American homes since 2014. Second, Amazon twigged early on that buyers might not feel comfortable dropping $200 on a trumped-up Bluetooth speaker, and came up with the Echo Dot, a $79 version that offers all the functionality but lets both cheapskates and picky audiophiles plug it into their own sound system. It acted as the perfect introduction to the world of Alexa; just cheap enough to be an impulse purchase, while still showing the full potential of voice assistants in the home. 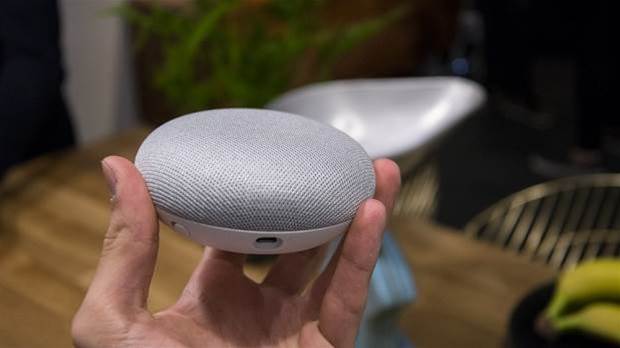 Google can’t turn back time (though who knows what they’re cooking up in their labs?), but it can neutralise the second problem and that’s where the Google Home Mini comes in. It does everything Google Home does, but is designed to link to your sound system and costs $79. Just like the Echo Dot.

While the cylindrical design of Echo Dot looks like someone decapitated the Echo, Google has had to think a little more outside the box to make the Home Mini look like a relative of the Home. What you get in the box is a device that’s discreet and understated, blending in just as seamlessly as the Google Home did when it burst onto Australian scene last year. When it’s talking to you, four lights appear through the fabric on top, flashing to let you know it’s listening.

The Google Home Mini is artfully non-descript, with no obvious branding at all. There is one fairly big issue, however: there’s no 3.5mm headphone jack. You can’t even connect the speaker to another via Bluetooth. Instead, if you want to beef up the sound quality, you’re left either relying on a Chromecast-enabled speaker, or buying a Chromecast Audio.

Now the Chromecast Audio is a great device, but this is a boneheaded move by Google when its direct competitor, the Echo Dot, can connect to good speakers via headphone jack. Forcing a $59 Chromecast Audio on users, on top of the asking price of the Home Mini, isn’t a great way to win fans.

With that in mind, there’s a lot is resting on the speaker element of the Google Home Mini – and given its size (there’s only one 40mm driver inside), those expectations were always going to be a struggle to meet. In our listening tests, the Home Mini sounded better than the Echo Dot without an external speaker, but that’s hardly a tough ask. In short, the Home Mini’s sound quality is thin. Talk radio, podcasts and so on sound fine, but we wouldn’t want to listen to music for long on it.

Which is a real shame, because the ‘smart’ part of Google’s smart speakers is unrivalled, in our view. While Amazon’s Alexa digital assistant does a pretty good job, but Google Assistant is better at establishing context from a wide variety of questions. In short, you’re less likely to end up stumping Google Home than you are the Amazon Echo. 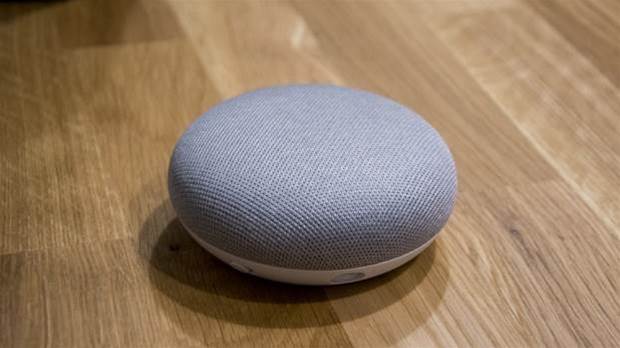 That functionality is all present and correct here, and if you’re tied into the Google ecosystem, things work magically. You can ask the Google Home Mini to send directions to Google Maps on your phone, and it’ll do it. You can ask the Google Home Mini to play a specific film trailer, and it’ll spring your Chromecast-connected TV to life and show the video on YouTube. In short, it’s a little marvel that may sound unnecessary on paper, but becomes increasingly tied to your daily life as you learn to live with it.

The Google Home Mini would be a nailed-on five-star product if Google had only spent a couple of quid putting in a 3.5mm headphone jack in every unit. We just can’t understand the rationale of skipping it – maybe Google sees its products as more about voice than music?

But even if that is the case, seeing its Amazon rival with a headphone jack should have been enough incentive to compete, even if Google didn’t think anyone would use it. As it is, despite preferring Google Assistant to Alexa, we find it impossible to recommend this over the Dot – unless you happen to have Chromecast-connected speakers already or you only really want a voice assistant.