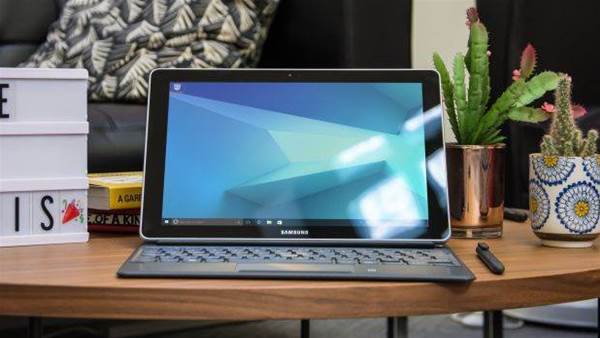 Samsung's latest Windows 2-in-1 has compromises, but it's affordable and includes a keyboard and stylus in the price.

Although Microsoft continues to assert its dominance in the 2-in-1 market, that hasn't stopped potential upstarts from undercutting the leader with value-for-money devices. Samsung's latest Galaxy Book is just that – a spiritual successor to the Galaxy Tab Pro S that’s significantly cheaper than premium rivals.

Priced at $1,099, the 10.6in Galaxy Book isn’t exactly cheap by tablet standards, but the keyboard and stylus are included in that price, making it $440 less than the entry-level Surface Pro when you factor in the cost of the Surface Pen and Type Cover keyboard.

And at around half the price of premium hybrids like the Dell XPS 13 2-in-1, the 10.6in Galaxy Book would seem to be an attractive proposition for buyers looking for an affordable Windows 10 convertible.

Unfortunately, with that comparatively low price come compromises in quality, but the Galaxy Book has some high points too.

The Galaxy Book follows a very similar design format to Samsung's Galaxy TabPro S, although the extra internal horsepower results in a chunkier 8.9mm frame. That frame is plastic, despite attempts to appear like it's built from aluminium, and while it feels well built, it doesn't exactly scream 'premium'. It's also a tad heavier than we'd like at 648g, around 170g more than the new 10.5in iPad Pro. 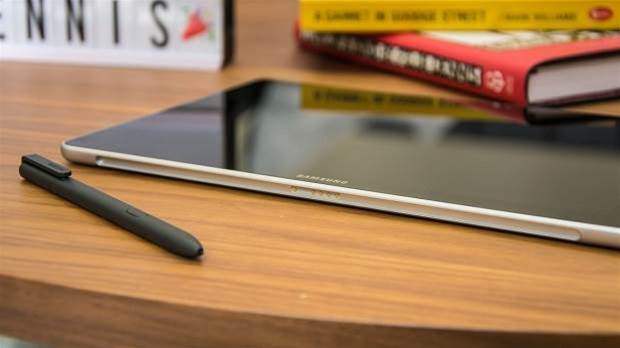 That tablet-first approach is also evident in its selection of ports, which is very limited. You get a USB-C port and a microSD slot, but that's it – no extra USB port or display connector, such as the mini DisplayPort of the Surface Pro. You'll likely have to pick and choose what device you have connected, or rely on a cumbersome and costly array of dongles.

As a device that aims to double as a business workhorse, keyboard quality is vital – but unfortunately, this one of the Galaxy Book's inferior attributes.

The keyboard case itself is well built, and offers a soft-touch rubberised coating that feels great on your palms while typing. You can also shape the case for three different viewing angles, making use of some magnetic strips built into the rear of the device, which is a little more generous than typical case-reliant stands.

It even features a stylus loop so you can store your S Pen next to the keyboard. This seems like a less elegant solution than the Surface Pro's magnetised pen holder, but in reality it's far more practical. It's a robust, functional and easy-to-clean case. 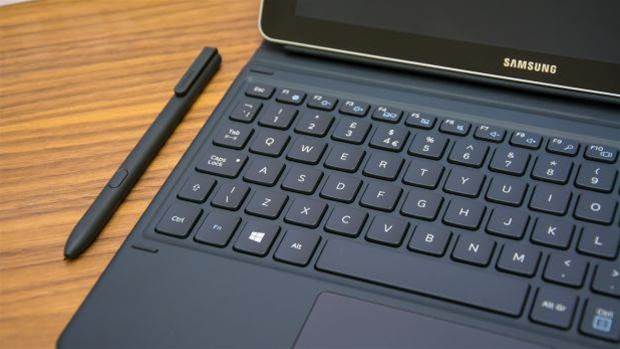 However, even though the keys have a satisfying feedback and decent travel time to them, they're tiny, and in some cases, too small to touch-type effectively. The top row of keys, including the function set, are all barely the size of a fingertip, and the caps lock and tab keys are difficult to instinctively locate. We found the space bar very pressure-sensitive, producing gaps in text whenever we rested our hands on the keys.

Given the tablet is only 10.6in in size, it's reasonable to expect a fairly cramped keyboard, but still, the reality of a smaller screen means typing speed and accuracy will suffer. It's perfectly usable for day to day browsing and light tasks, but extensive writing sessions are going to be fairly laborious.

The trackpad, however, performs admirably given its smaller size. It's coated in the same soft-touch material found on the rest of the board, making it easy to perform gestures, and it worked beautifully with the built-in Windows 10 multi-touch commands.

Although it’s generous of Samsung to include its S Pen in the bundle, it can't quite match the performance of the Surface Pro stylus. It features 2,048 levels of pressure sensitivity, almost half that of the Surface and iPad pens, although it's lighter than previous S Pens and no longer needs a battery to function. It’s made from plastic, which feels cheap although it’s easy to use and feels nice and light in the hand.

True to form, Samsung doesn't disappoint when it comes to the screen. Of course, it can't quite match the performance of the Galaxy S8's QHD OLED screen, but it's certainly impressive for a 1,920 x 1,260-pixel LCD display.

It does particularly well with colour reproduction, covering 92% of the sRGB gamut, which is just shy of the coverage levels of the Surface Pro and iPad Pro. It also has a maximum brightness of 387cd/m2 and a 928:1 contrast ratio, both of which are significantly higher than the Switch 5's 341cd/m2 and 845:1 respective scores. 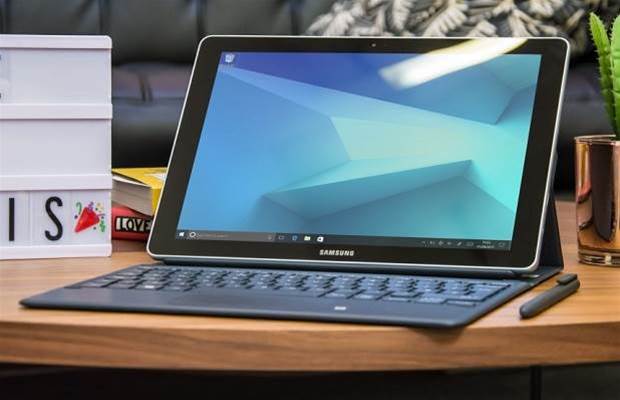 While not the most impressive screen around, it does its job well, and offers decent viewing angles and a brightness that is good enough for outdoor use.

The 10.6in Galaxy Book features a 1.0GHz seventh-generation Intel Core m3 processor, supported by 4GB of RAM and 128GB of storage.

While 1.0GHz doesn't sound like a lot, it's perfectly suitable for daily tasks, such as web browsing and word processing, and Windows 10 feels smooth and responsive. It's also capable of boosting itself to 2.6GHz during intense periods, such as opening a bunch of web pages or programs.

In our benchmark tests it achieved an overall score of 25, which puts it on par with the Surface Pro's Core m3 variant, but way behind the high-end Surface Pros and the latest iPad Pros. In reality, that means it's going to be perfectly suitable for web browsing and light work tasks such as word processing, but will buckle if you try to multitask too many programs at once. However, that modest chip and fanless design does mean it's whisper-quiet as a result.

The main issue is the battery life. It managed 7 hours and 18 minutes in our video-rundown benchmarks, which is a little disappointing given the low-power processor and significantly behind the latest Surface Pro’s score of 11 hours 33 minutes and iPad Pro 10.5in’s 12 hours 59 minutes (and both with vastly more powerful processors). However, it should be enough to get you through a working day.

The Galaxy Book’s high points include its nice display and reasonable price. The issue is that quality and performance suffer as a result, with the keyboard in particular not really suitable for fast typists. 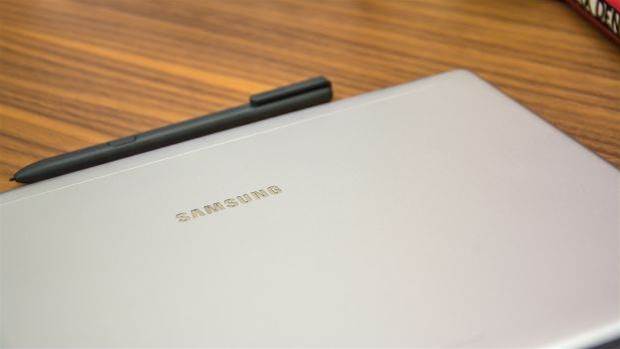 If you’re open to an OS switch and can stretch another $100 (to include Apple’s Smart Keyboard), the 10.5in iPad Pro is better to use, faster and has longer battery life.

That said, if you want a Windows 2-in-1 at a price that’s easier to stomach than a Surface Pro, the Galaxy Book may be worth considering. With the inclusion a keyboard and stylus in the price, it offers a complete, though not perfect, Windows 2-in-1 package.