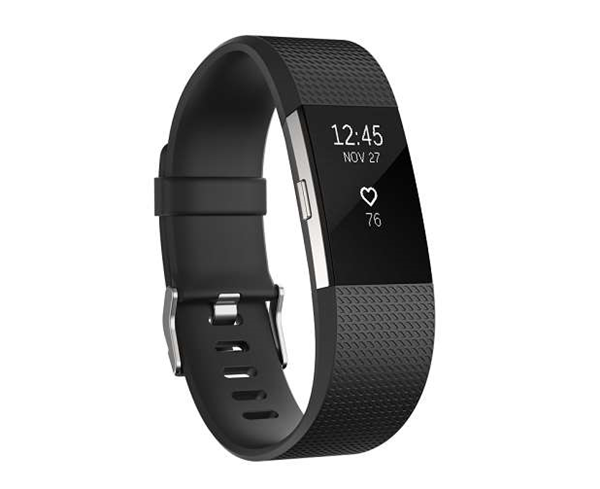 Looking for a gift for a fitness fan, or even just want to get fit yourself? After reviewing Fitbit's latest mid-range band, we'd suggest looking here first.

With Christmas just around the corner, we thought it might be fun to review some potential gifts – including Fitbit’s latest fitness band, the Charge 2.

Very well, as it happens, because it’s significant upgrade from the original Charge. For a start, the Charge 2 includes a heartrate monitor, so there’s no need to pay more for the feature, as you had to with the previous model.

That was a sensible move. For people who just wanted step tracking, the Fitbit Flex and Alta offered similar functionality for cheaper (Flex) or the same price (Alta), so it was hard to see who the original Charge was aimed at. Now, the Charge 2 finds a more natural place in Fitbit's new-look lineup – and not least because it’s the cheapest model to offer 24/7 heart rate monitoring.

In terms of design, the Charge 2 is the love-child of the original Charge and the Fitbit Alta. It retains the rubber textured strap of the Charge, but adds in the longer OLED display of the Alta, as well as inheriting its customisability. You can now remove the straps and replace them with the colour of your choosing, simply by releasing a couple of metal clips on the underside. 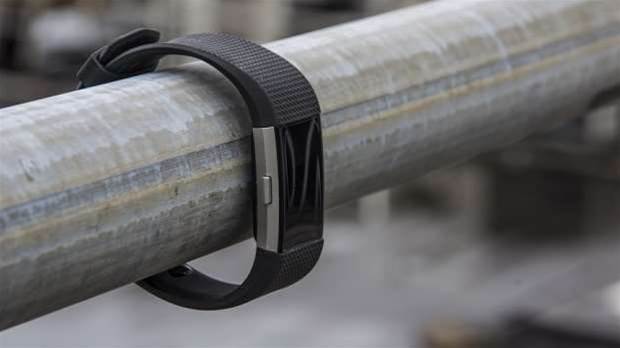 These small changes make the world of difference, and pretty much wipe out every complaint we had with the Fitbit Charge HR: it's more comfortable, less bulky, displays all its useful information at a glance, and if you get bored of the design you can mix things up with new straps.

The display on the original Fitbit Charge range was tiny. While Fitbit still opts to display one stat at a time, the Charge 2’s larger display is a big improvement. Just tap on the screen to scroll through steps, heart rate, distance travelled, calorie burn, stairs climbed, active minutes and hourly activity. All the while, the time and date stays fixed to the top of the screen so it will always function as a watch.

That may sound like a small change, but it translates into a much nicer looking device, and the bigger screen now also allows you to receive basic text and call alerts, blurring the lines between fitness wearable and smartwatch.

The single button is still there, but this now acts as a trigger when you want to do something specific, such as setting a stopwatch, starting a run or meditating with breathing exercises.

Breathing exercises? That’s new. Yes, just like Apple's watch OS 3, Fitbit is introducing meditation as part of its overall wellness package, and without really adding too much to the package, it’s quite well implemented. Just tap the screen to pick two or five minutes, and then hold the button to begin. The Fitbit will tell you when to inhale and exhale based on real time heart rate data, with the result being a calmer, more relaxed state.

The standard Fitbit tracking of steps and calories works well here, and there are occasional prompts to get you moving again when you’ve been still for too long. In our day-to-day experiences, the heart rate tracking felt about right – resting at the 60 mark, and hitting 140+ when running up the stairs for a train.

We took the Fitbit Charge 2 on a couple of sporting outings, first running 5km and then wearing it during a five-a-side football match. During the run, the Fitbit connects directly to your phone and changes its display to prominently show useful metrics from a light tap. It shows heart rate, distance, pace, average pace, calories burned and steps. At all times, it shows the time elapsed alongside these stats. At the end of a run, it gives you a summary of your data on the wrist, including elevation, average pace and your average heart rate.

For more detailed feedback, you head to fitbit.com or look at the app. This is the kind of thing you'll see: 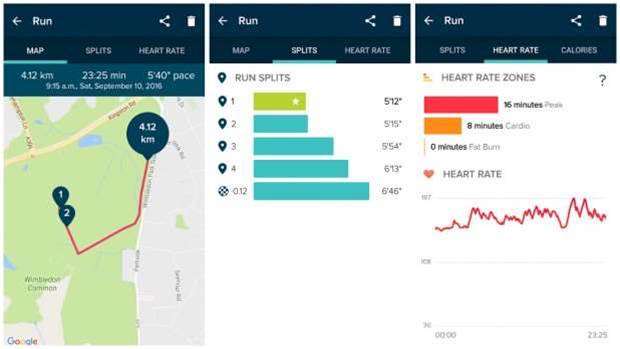 This sidesteps the need for the likes of Runkeeper, and keeps all your exercise in one place, although it does look like something has gone wrong here. Not the fact that it's only showing 4.12km (that was down to human error), but that it was a two lap circuit, and for some reason the GPS of my phone hasn't filled in the gap. Regardless, the rest of the stats feel right, so it's not the end of the world.

If you're running without your phone, say in a five-a-side match where it's just impractical, this is the kind of thing you get: 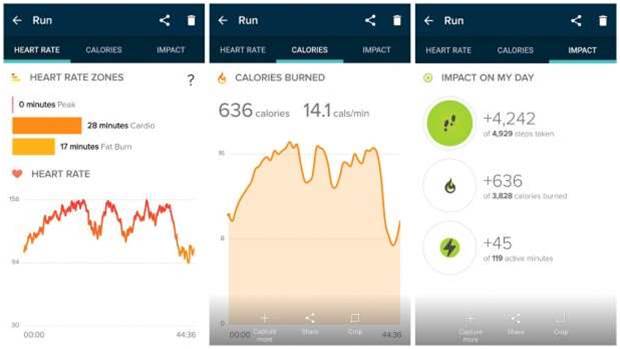 In other words, the Fitbit does some guesswork to fill in the details based on your heartrate and steps. It's certainly good enough, and should put your mind at ease if you do a lot of exercise without your phone in Bluetooth range.

Despite the Fitbit Charge 2’s larger screen, the battery life doesn't seem to have taken a knock, with it still managing around five days without the need for a recharge. That battery life is definitely good enough, and helped along by the fact that Fitbit will send you an email when it notices the device is running low on juice.

It’s not a perfect system, but it generally acts as an early warning for the forgetful. Just as well it does though, because Fitbit has once again treated us to a proprietary charge cable – it’s not even compatible with the previous generation Charge. It’s like someone at the company just loves coming up with new designs, but for consumers, it’s not great news given they charge $30 for a replacement cable.

The Charge 2’s stamina is, of course, partly down to the absence of in-built GPS, and as such any attempt at measuring distance is pretty much guesswork without a phone doing the heavy lifting. That’s a disappointing omission, but it’s the price you pay for a strong battery life and a reasonable price point. If you desperately want a Fitbit with a GPS sensor built-in, then you're looking at the Fitbit Surge – one of the older members of the Fitbit family, which suffers from the drawbacks that implies (dated looks, no customisation), and it costs $150 more. 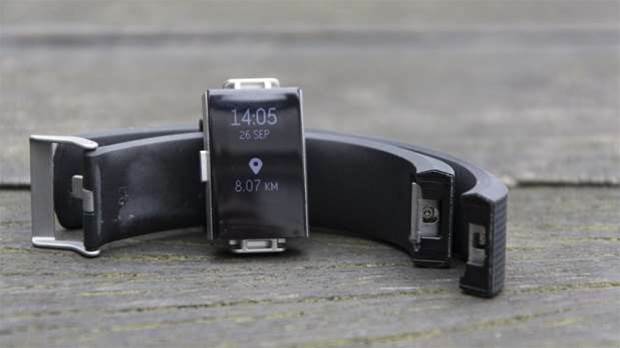 The app remains the same as before, so previous Fitbit users will be very familiar with it, and as they’ll know, it does the job very well. All the data is presented cleanly with graphs to demonstrate how you’re progressing, and the competitive are treated to comparisons with their Fitbit-using friends. There are challenges to be taken and badges to be won by being healthy, but it's also unobtrusive enough that you can just forget about it, and let it passively record your data until you're read to digest it.

It’s hard to find fault with the Fitbit Charge 2. Yes, it doesn’t have GPS built in, but aside from that, it has pretty much everything the casual fitness fan could possibly want in a streamlined, attractive package.

There were four issues with the original Fitbit Charge: it wasn't too comfy for long-term wear; it valued function over form; it wasn't customisable; and you had to pay more for the heart rate version. Fitbit has solved every single one of those complaints, and come up with a device that has simply been a delight to review. The company born to measure steps is going places, and the Fitbit Charge 2 is another confident step in the right direction.

Stay tuned for more reviews of tech gift ideas over the coming weeks.