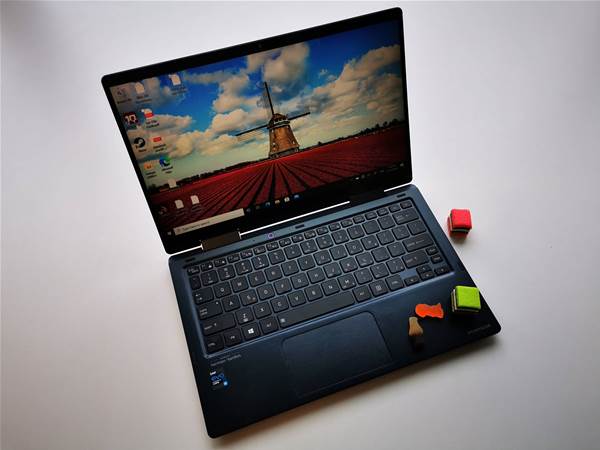 We were big fans of Toshiba's Portégé range of laptops...

When laptops first got popular, the category was full of fugly-looking portable boxes that weren’t light and had no battery life. However, the first Portégés – then made by Toshiba – largely resembled the modern laptops of today, which is incredibly impressive for the late 1990s’ tech. Now the brand has been acquired by Sharp which is using it in conjunction with Toshiba’s former, big-in-Asia, Dynabook brand. Got all that? Let’s see if it’s any good. 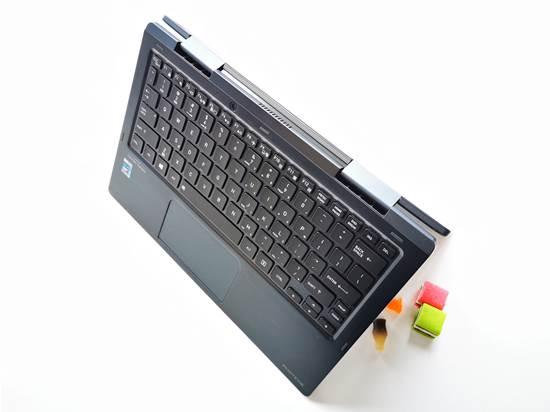 The Dynabook Portege X30W-J has sturdy hinges that allow 360 degree rotation without creating a large gap.

The X30W-J is a 2-in-1 notebook that weighs less than a kilo – 990g on our scales (with a 31g power supply). It’s a slight, 13.3-inch notebook with the latest and greatest componentry inside which means Intel’s 11th-Generation processor and ThunderBolt 4 USB-C ports. This makes it compatible with Intel’s Evo standard which require a laptop to have a thin bezel, fast wake-up time, more-than nine hours battery life, Wi-Fi 6 and Intel Iris Xe graphics. 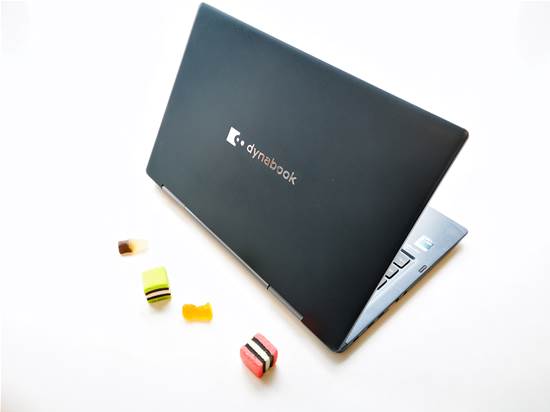 It's not glamorous, but it fits into a corporate environment.
Newsletter Signup

The sturdy (Gorilla Glass NBT), anti-glare, Full HD screen is very impressive and offers good viewing angles in all directions (important for a part-time tablet). Unusually for a tablet, it’s sports a matte screen – so there are fewer reflections. Despite being a work-oriented ultraportable, the Sharp IGZO screen made a good fist of displaying vibrant colours and true-black contrast, both in still images and videos.

It’s protected by a thin but sturdy lid that flexes little when physically twisted at the sides – the robust magnesium-alloy chassis showing its worth. It conforms to the MIL-STD-810G standard which offers an impressive degree of dust, drop and shock protection. 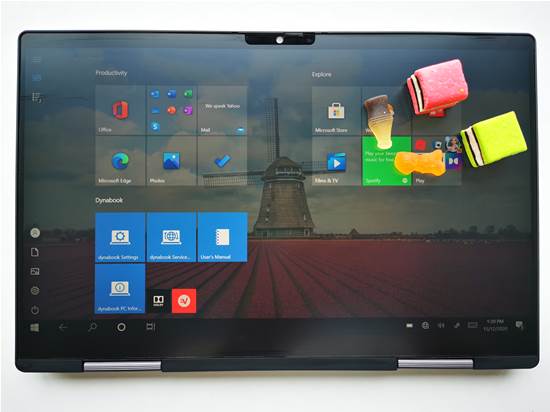 Above the screen is an HD webcam with physical privacy slide. It can be partnered with a Windows Hello-friendly infra-red camera on some SKUs. Below the screen (above the keyboard) is a Full HD camera which is best used for when the laptop is in tablet mode. Beneath this is a full-sized, Scrabble-tile keyboard that offers crisp and comfortable typing for extended periods. The travel height of the keys is also impressive; this is frequently reduced in rival devices which makes typing harsh and tiring on the hard surfaces. The multi-touch trackpad is as sensitive as we’d expect it to be. 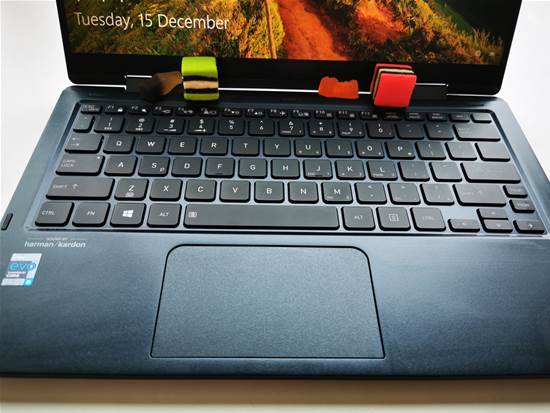 The screen can be folded 360-degrees round to transform into a tablet. The hinges that enable this are very sturdy and impressive. However, what you’re left with doesn't feel completely solid as the two parts split apart easily: it’s a better laptop than it is a tablet. Nonetheless, the functionality will be great for those who occasionally need a tablet. It also comes with a Wacom stylus that’s sensitive to 4,096 levels of pressure.

Under the hood is Intel’s Core i5-1135G7 quad-core (with HyperThreading) processor which operates between 900MHz and 4.2GHz. It’s flanked by 16GB RAM and a speedy 256GB NVMe hard drive. They combined to score an impressive 4,408 in PCMark 10 which is in-line with current gaming laptops – very impressive for an ultra-portable.

The integrated Intel Xe graphics are relatively impressive too. While they’ll struggle with modern, premium games (it scored only 2,064 in 3DMark Fire Strike Extreme which represents an average of just 9fps), it managed 12,471 in the Sky Diver benchmark (60fps) and 15,781 in Night Raid (92fps) which demonstrates it’s more than capable of playing casual and competitive games.

On the left are two USB 3.1 Gen 2 Type-C Thunderbolt 4 ports which support data transfer, power delivery and DisplayPort. There’s also a full-sized HDMI port and a 3.5mm audio jack. On the right is a microSD slot plus a USB 3.1 Type-A port. Inside there’s Wi-Fi 6 and BlueTooth 5.1 plus a TPM 2.0 module for security. 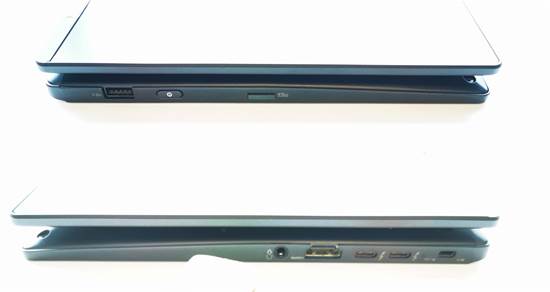 Dynabook Portege X30W-J 2-in-1 side views

At 990g it’s very light indeed. The diminutive 18mm-thick dimensions make it easy to lug around. The stated battery life is a whopping 16hrs and it nearly achieved that when running PCMark 10’s Modern Office test for 15 hours 13 minutes. That’s very impressive. 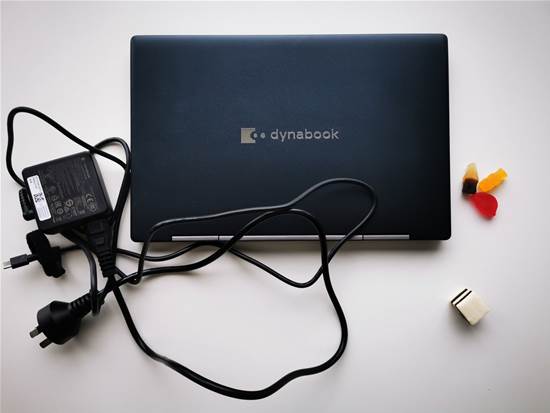 The Harman Kardon stereo speakers are Dolby Atmos certified and are capable of surprisingly well-rounded audio. However, they don’t get particularly loud.

It’s worth noting that, when under heavy load, the internal fans can ramp up to create a intrusive, high-pitched whooshing sound. But it’s whisper quiet when performing office tasks.

There are more-powerful SKUs of this laptop but we’d be wary of adding higher-end components due to potential heat and higher power-draw issues. This $2,099 Core i5 model is an excellent choice – especially when compared to the impressive Asus ExpertBook B9450 which costs $3,199 and is under-powered by comparison (albeit with an even better battery). The tablet feature won’t be for everyone but, at this price, the Dynabook Portege X30W-J represents fantastic value.