Dell's XPS 13 reviewed: a bigger bargain than ever 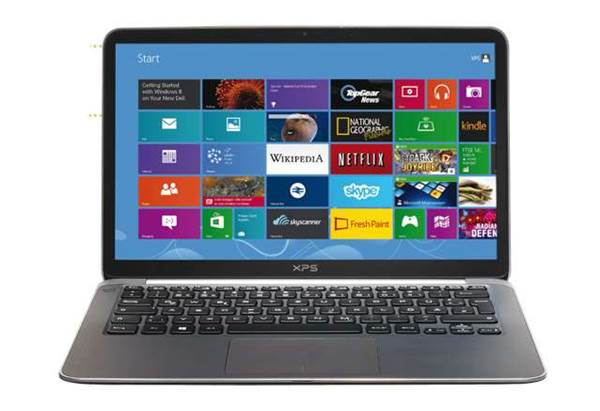 Dell’s XPS 13 was one of the first Ultrabooks worthy of the name. It fused striking design with stellar performance, and was anything but another MacBook Air clone. Now, Dell has given the XPS 13 a spit and polish for 2013, adding Windows 8, a Full HD display and an Ivy Bridge CPU.
Design 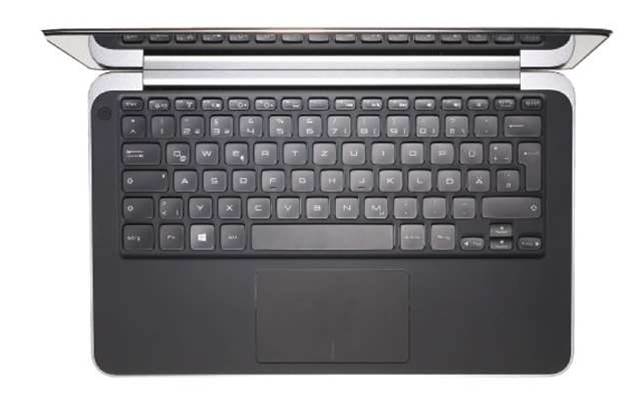 I have read and accept the privacy policy and terms and conditions and by submitting my email address I agree to receive the Business IT newsletter and receive special offers on behalf of Business IT, nextmedia and its valued partners. We will not share your details with third parties.
Dell hasn’t changed a thing on the outside, and for good reason. The compact carbon-fibre and metal chassis combines classy looks with high-end build quality. The metal lid is reassuringly rigid, despite measuring less than 6mm thick, and the base is almost flex-free; it isn’t until you twist it viciously from side to side that there’s any give whatsoever. A layer of Gorilla Glass on the other side does its bit to keep the Full HD display safe from harm.
Specifications
There are two base models in the new range: one starts at $1299, partnering a 1.8GHz Intel Core i5-3337U with a 128GB SSD, while a $1699 model upgrades the processor to a 2GHz Core i7-3537U. Whichever you choose, both come with 8GB of DDR3 low-voltage memory soldered onto the motherboard. The spec we have tested is the high end one, with a $200 pricetag jump to allow for a 256GB SSD.
Screen
The Full HD display is the star. The LED backlight sends maximum brightness soaring to 383cd/m2, and the panel’s combination of rich, inky blacks and pure, bright whites delivers a contrast ratio of 1034:1. Viewing angles are gloriously wide, and the screen covers almost every corner of the sRGB gamut – something few rivals manage.
Performance
Performance doesn’t let the XPS 13 down, either. The combination of an SSD and Core i7 CPU kept our review unit feeling light on its feet and, from a cold boot, the XPS 13 reached Windows 8’s Start screen in fewer than seven seconds. Application loading times were similarly swift, with multiple applications springing into life with barely a pause for thought. Our Real World Benchmarks more than bore out our subjective experiences: the results put it among the fastest Ultrabooks we’ve tested.
That performance has its downsides, however. Load up a game or demanding application and, over the course of a few minutes, the cooling fans spin up with an audible whoosh. Rest the Dell on a soft surface, such as a blanket or a thick carpet, and the chassis warms up rapidly – we had to position the XPS 13 carefully on our lap to avoid the fans constantly ramping up to full speed during longer sessions of Civilization V.
Battery life
The Full HD panel and speedy components take their toll on stamina, too. In our light-use test, the XPS 13’s sealed battery lasted for 6hrs 35mins before running dry. Thankfully, Dell has lavished attention on the XPS 13’s power supply: the newly designed charger weighs only 305g.
Keyboard and touchpad
Even if you have to carry it everywhere, it doesn’t add much to the XPS 13’s travelling weight.
In other respects, the XPS 13 remains much the same as ever. The backlit keyboard is superb, and the rubberised wristrest is comfy.
The Dell’s Cypress touchpad hasn’t changed a jot, either. While it copes well with Windows 8’s edge-swipe gestures, it hasn’t lost its quirks: it can take a few attempts for taps to register, and we encountered an issue where the cursor would, on occasion, stop responding entirely. It’s also positioned very close to the keyboard, so there’s a tendency for palms and stray thumbs to bump the cursor by accident. A driver update seemed to largely resolve the issues with unresponsiveness, and dialling the palm-rejection feature right up minimises accidental taps, but it still isn’t the best touchpad we’ve used.
Connectivity remains modest, even by Ultrabook standards. Apart from the pair of USB 3 ports, there’s only a mini-DisplayPort output and a 3.5mm headset jack. For networking purposes, it’s necessary to rely on the Dell’s dual-band 802.11n and Bluetooth 4 radios, with no Ethernet.
Conclusion
By adding a stunning Full HD display, Dell has addressed our biggest complaint with the original model. There’s still room for improvement, not least with the touchpad, but, as one of the few Full HD Ultrabook’s available, and a respectably priced one at that, the Dell XPS 13 emerges as a bigger bargain than ever in 2013. It wholly deserves its place at the top of the pile.
Verdict
Upgraded hardware and a stunning display make the Dell XPS 13 the best-value Full HD Ultrabook on the market. Read the review.
Performance
Features and design
Value for money
Overall
Specs
$1899 AUD
(pricing info)
Copyright © PC Pro, Dennis Publishing
Copyright © PC Authority, nextmedia
Tags:
13 dell hardware laptop review xps
By Sasha Muller
Jun 19 2013
4:07PM