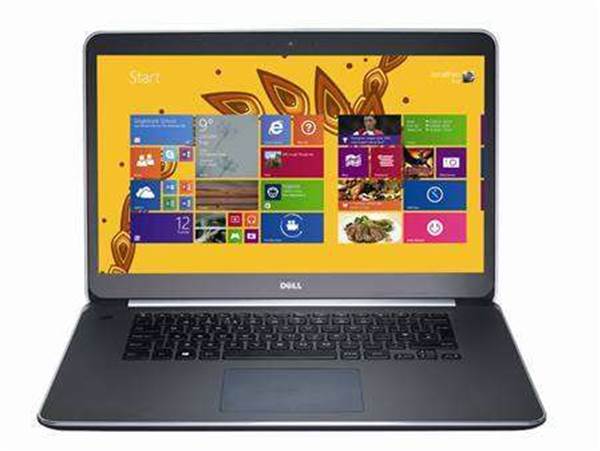 Workstation laptops aren’t meant to be sexy, but the Dell Precision M3800 turns convention on its head. It packs serious power into a stylish chassis that makes it look more like an Ultrabook than a semi-portable powerhouse such as Dell’s own Precision M4800.

Where the M4800’s aluminium-panelled chassis measures 40mm thick and weighs in at a substantial 3.2kg, the M3800 is comparatively waif-like, measuring 21mm thick and barely nudging over the 2kg mark. It’s no MacBook Air, but for a laptop boasting this much grunt, it’s as svelte as they come.

Power isn’t at a premium here. The M3800 smashed through our benchmarks with an Overall score of 0.93, but that’s a little behind its stablemate, the Precision M4800, which scored 1.01. This comes as no surprise, however. The M4800 is equipped with a significantly quicker 2.8GHz Core i7-4900MQ CPU and a powerful Nvidia Quadro K2100M GPU. The Precision M3800’s Quadro K1100M GPU is no slouch, but it doesn’t match the raw compute power of the M4800’s GPU, and took 2mins 15secs to render our Sony Vegas Pro 12 project, 19 seconds longer than the Precision M4800.

The M3800’s 15.6in, 3,200 x 1,800 touchscreen is superb. We recorded a maximum brightness of 402cd/m2, and while contrast isn’t the highest we’ve seen – our measurements put it at 717:1 – it’s no worse than the other high-DPI displays we’ve seen so far. More importantly, the panel covers the entire sRGB gamut. Colour accuracy is good, too, with an average Delta E of 3.4 and a maximum deviation of 6.2.

As ever, our only qualms concern the screen’s ultra-high resolution – something we’ve moaned about in our previous encounters with high-DPI displays. While Windows 8.1’s scaling renders some applications at a sensible size, others end up with text, icons and menus so tiny as to be borderline unusable, so before taking the plunge, check whether the applications you use have high-DPI support.

Look around the Dell’s slender edges, and there’s a full-sized SD card reader, one USB 2 port, three USB 3 ports, HDMI and a mini-DisplayPort output. The presence of Bluetooth 4 and 802.11ac Wi-Fi is welcome, too. The only disappointing absences are an Ethernet socket and, in particular, Thunderbolt, which would have made a perfect addition to a slim laptop with limited internal expandability.

The M3800’s compact chassis has other downsides. Upgradability inevitably suffers, and while it is possible to unscrew the ten Torx screws on the underside and access some parts – the battery, empty 2.5in HDD bay, mSATA SSD and two RAM slots – it’s a fiddly process.

Some users will also miss the keyboard and touchpoint from chunkier Precision models. There’s little wrong with the M3800’s backlit Scrabble-tile keyboard, but it doesn’t have the desktop-like key travel of the other Precisions we’ve tested, and there’s no numeric keypad. The loss of the touchpoint is another minor niggle, but it’s the M3800’s buttonless touchpad that’s least endearing. We had to spend some time getting the sensitivity just right, and the integrated buttons can prove fiddly.

Dell has managed to pack workstation power into an attractive lightweight package, but our biggest worry concerns future-proofing: the slim chassis rules out easy upgradability, and the lack of Thunderbolt limits external expansion. If you can live with those compromises, the Precision M3800 is as stylish and speedy as Windows mobile workstations come.