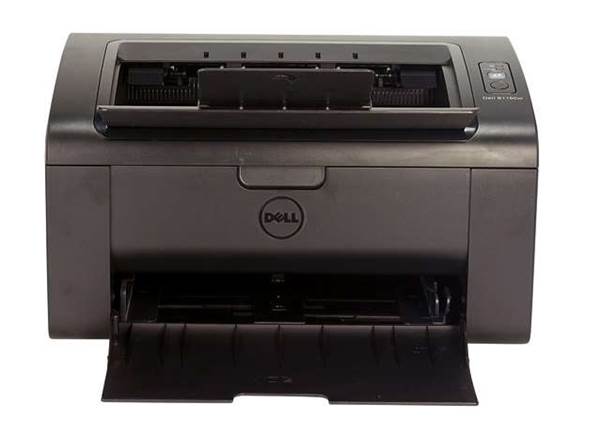 Dell’s B1160w is the only laser printer in the latest printer roundup of which this review is a part of that doesn’t have to be tethered with a USB or network cable: with 802.11n Wi-Fi built in, you can print from anywhere in the home or office, and via Android devices.
That’s impressive for a printer this cheap, but Dell has clearly cut corners to squeeze it in. The B1160w’s chassis is plasticky and basic; the 150-sheet input tray isn’t full length; so prints curl over the end of it; and there are only two LEDs up top to denote print status and warn when toner is low.
Newsletter Signup

I have read and accept the privacy policy and terms and conditions and by submitting my email address I agree to receive the Business IT newsletter and receive special offers on behalf of Business IT, nextmedia and its valued partners. We will not share your details with third parties.
The Dell can be connected to a wireless network in two ways: the WPS button on the top panel quickly connects it to compatible routers; or you can hook it up to a PC via USB and set up the connection via the software wizard on the supplied CD-ROM.
The Dell achieved exactly the same speeds over wireless and USB connections. It fell just short of its quoted 20ppm print speeds in our tests, averaging 18.8ppm. Printing from an Android smartphone via Dell’s Mobile Print app was much slower: our five-page ISO PDF test document took almost three minutes.
Print quality is excellent for such an affordable printer. Text was almost perfect, and the quality in our image and photo tests blew away most of the competition. Despite a tendency to crush detail in darker areas of images, highlights remained intact, and the combination of good detail and very little banding made for bold, appealing prints.
The Dell’s big weakness is running costs. With the $64 toner cartridges lasting 1500 pages, each A4 print works out at 4.3c – coming third in the cost per page stakes. Up to 5000 pages, this doesn’t have much impact; it’s just behind the second-place printer. After 10,000 pages, however, the Dell slips to fifth place.
Overall, though, we think the Dell B1160w gets the balance just right. The wireless connectivity is handy for home and small-office use, print quality is up there with the best, and the running costs aren’t prohibitive.
For only $109, it’s an all-round attractive proposition.
Verdict
A low price, plenty of features and great print quality make Dell's B1160w laser printer a worthy award-winner. Read the review.
Quality
Speed
Features & Design
Value for Money
Overall
Specs
$109 AUD
(pricing info)