Dell XPS 15 reviewed: one of the best 15in laptops on the market today 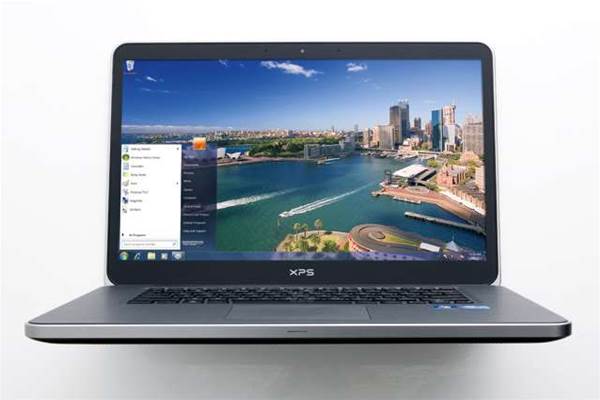 Dell recently refreshed its XPS line up of laptops, slotting in two new models and updating its XPS 13 Ultrabook to the latest Intel chip also known as Ivy Bridge.
The XPS 15 is in some ways the odd one out of the lineup. While it is physically quite similar to the XPS 13 and 14, it doesn’t bear the Ultrabook moniker. Instead, it uses normal laptop hardware, freeing it from Intel’s tight Ultrabook definition.
Newsletter Signup

I have read and accept the privacy policy and terms and conditions and by submitting my email address I agree to receive the Business IT newsletter and receive special offers on behalf of Business IT, nextmedia and its valued partners. We will not share your details with third parties.
Expect to see more of these families of products where some are Ultrabooks and some aren’t. One of the biggest effects of Intel’s Ultrabook push is that it is driving manufacturers to focus more on thin and light laptops, even if they don’t qualify under Intel’s schemes. There are actually many advantages to this, such as more powerful processors, optical drives and features like Gigabit Ethernet.
Features
The XPS 15 is a perfect example, built with a focus on power over battery life. Our review sample has a core i7-3612QM CPU, GeForce GT 640M, 8GB RAM, 1TB HDD (with 32GB cache drive) and a 1920 x 1080 screen. This is packed into a chassis that is only 20.7mm thick, with a much smaller footprint than normal 15in laptops thanks to a thin bezel screen similar to that used on the XPS 13.
Design 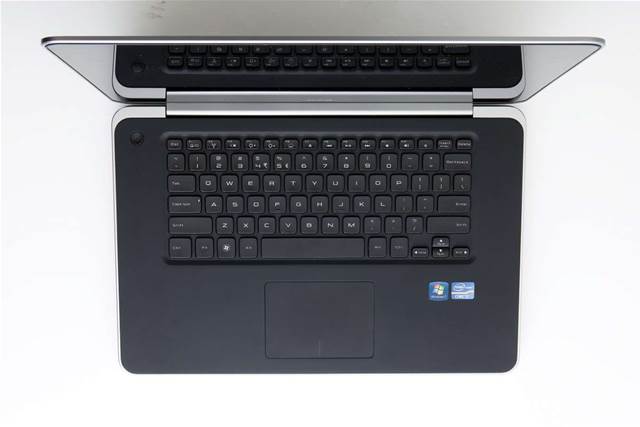 The chassis itself is made of a mix of aluminium with a silicone base. The screen is covered with a sturdy but annoyingly reflective layer of Gorilla glass, and the palmrest is magnesium alloy with a soft, rubberised finish. It is beautifully constructed and looks fantastic thanks to this mix of materials.
Typing on the XPS 15’s backlit Chiclet keyboard is surprisingly comfortable. The soft touch palmrest is both cool and comfortable and the generously sized trackpad is fast and responsive. Dell has included a thin rubber strip around the edge of the screen, which sits on the edge of the palmrest when closed, reducing the amount of dust that can build up inside. The combination of this rubber and the sturdiness of the lid also means the keys don’t press against the screen when closed.
On the left side of the chassis sit three USB 3 ports, Mini-DisplayPort and HDMI. There is also a fold-down Gigabit Ethernet port, employed so it fits onto the thin aluminium band. The right-hand side has a slot loading optical drive, Kensington lock, SD reader and audio in and out. It is a solid feature set, and our only real issue with it is the lack of a USB on the right-hand side – it is not a deal breaker but for convenience at least one port on the right would have been handy.
Performance
Not only is the construction solid, but performance is excellent. In our Real World benchmarks we saw an overall score of 0.86 thanks to the core i7, and it endured just under six hours of light battery life testing. Considering that this isn’t using an Ultrabook CPU, this battery life in itself is impressive, although in the heavy use test it only managed an hour and 22 minutes.
Conclusion
With the XPS 15 Dell is continuing to deliver one of the more exciting laptop lineups. Not only does it sport enough grunt for serious work and play, but it does so in a wonderfully small package.  The construction is excellent, it looks fantastic and little touches like the thin bezel screen are hard to walk away from, making it one of the best 15in laptops on the market today.
Verdict
The Dell XPS 15 is an excellent mix of power, design and endurance. Click to read the review.
Performance
Features & Design
Value for Money
Overall
Specs
$1999 AUD
(pricing info)
Copyright © PC & Tech Authority. All rights reserved.
Tags:
15 dell hardware review xps
By John Gillooly
Sep 6 2012
3:25PM