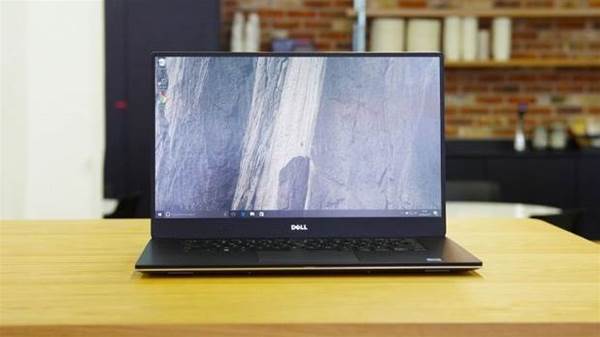 Dell's 15in flagship takes the fight to Apple with a superb and relatively affordable high-performance laptop.

Dell has hit a rich seam of form in recent years. Now, it’s taken the elegant carbon-fibre and metal design of the XPS 13 and again scaled it up to bring the company’s stylish 15in laptop, the Dell XPS 15, into 2017.

Throw in Intel’s latest seventh-generation quad-core processors, Nvidia’s gaming-class graphics and blazingly quick PCIe solid state drives, and the Dell XPS 15 is ready and raring to do serious damage to credit cards across the globe.

If you’ve seen the XPS 13, then you know exactly what to expect here. Over the years, Dell has worked hard behind the scenes to refine the design of its XPS models, and the result is some of the finest Windows devices the world has ever seen.

Squared-off slabs of cool-to-the-touch metal sandwich a thin wedge of carbon fibre; long rubber feet poke through the underside; and the clean, crisp design is all straight-line geometry and subtle curves. Suffice to say, the XPS 15 is a handsome devil. There’s something about the visible weave of the carbon fibre and the fine sheen of the metal that make for a high-end yet understated appearance.

Tilt back the lid, and there are barely a few millimetres of bezel framing the Dell’s 15.6in display. This looks great (we’re big fans of tiny bezels), but it also means the Dell XPS 15 is smaller than laptops with similarly sized displays.

It’s a couple of millimetres thinner and narrower even than the equivalent MacBook Pro, and a more significant 12mm less deep. If you want a larger laptop with the smallest possible footprint, then the XPS 15 emphatically ticks that box. It’s not too heavy, either, at 2kg.

What’s most impressive, though, is that Dell has made a beautiful-looking laptop without compromising on the essentials. The backlit keyboard provides just enough key travel and feedback to make for comfortable typing, with no cramped cursor keys or layout issues to sour the deal, and the touchscreen above feels superbly responsive, with a layer of Gorilla Glass 3 providing a smooth, silky feel for prods and gestures.

Even the buttonless touchpad, often a weak point for Windows devices, is good, and we found myself acclimatising to its solid clicks and range of multi-finger gestures with little in the way of annoyances and frustrations.

As ever, though, it’s connectivity that finds itself sacrificed at the altar of slimline loveliness. Dell has equipped the XPS 15 with a pair of USB 3 ports, a USB 3.1 Gen 2 Type-C port (which also doubles as a 40Gbits/sec Thunderbolt 3 connection), an SD card reader, a 3.5mm headset jack and an HDMI 1.4 port. 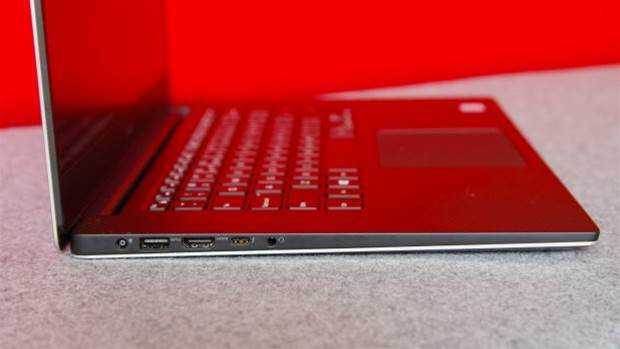 That’s not particularly generous for a 15in laptop, but it would be sufficient for many people – and while there’s no Ethernet port, Dell has included a blazingly quick 3x3-stream Broadcom 802.11ac Wi-Fi adapter. This means is that, with the right router, you’ll be able to connect at link speeds of up to 1,300Mbits/sec, which is fast by any measure.

Elsewhere, Dell has included a one-touch battery meter – press a button, and five LEDs light up to indicate remaining capacity – but we’re not sure anyone will get excited about the 720p webcam. We wish manufacturers would pony up for decent image sensors on high-end laptops.

Still, we can take solace in the fact that the XPS 15 at least has a decent set of speakers hidden away inside. Crank them up and switch the Waves MaxxAudio Pro app to its Music setting (the default MaxxSense mode tends to distort a little too much for our taste), and the result is better audio quality with music, movie and game soundtracks than most laptops we’ve encountered.

While the entry-level models make do with a Full HD non-touch display, the pricier models in the lineup add a 4K touchscreen to the laptop. Suffice to say, everything looks razor-sharp, and it hits all the right notes.

The glossy layer of Gorilla Glass 4 across the display might not be to everyone’s taste, but it does give images a tremendously vibrant, punchy look. While skulking through the darkened corridors of Metro: Last Light, the Dell’s Full HD display picks out a huge amount of detail while delivering deep, inky black. It’s simply superb. 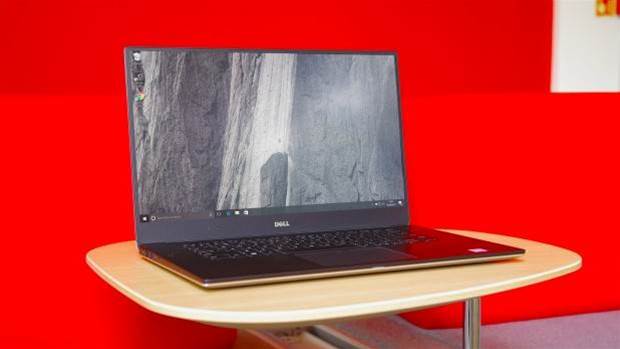 Brightness rises up to a respectable 365cd/m2, contrast reaches to 1,612:1 and it covers an impressive 91.2% of the Adobe RGB colour gamut. The best news of all, however, is that Dell has done away with the dynamic contrast feature it forced on the XPS 13. Brightness remains stable regardless of what you’re viewing onscreen, which is good news for those looking to use the XPS 15 for reliable photo- and video-editing duties.

The display’s ability to reproduce a huge palette of colours means onscreen colours often look overly intense, which is a common issue with wide-gamut displays, but Dell’s PremierColor app aims to counter that by allowing users to swap between a range of display modes including sRGB, Adobe RGB, Rec 601 (the standard for SD video), Rec 709 (HD video) and Rec 2020 (4K video).

The XPS 15’s default display mode just so happens to be perfectly calibrated for the Adobe RGB spectrum, delivering a superbly low average Delta E of 1.82 – that's fantastic news for anyone working in colour-managed applications such as Photoshop. It’s exceedingly accurate from the moment you take it out of the box.

Next: Performance and verdict