Dell XPS 13 review: The best Windows laptop gets even better 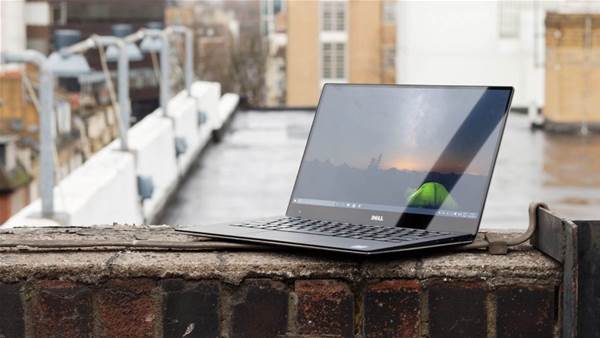 Competition among Windows laptops is increasing, so we put the new 2017 version of Dell's iconic XPS 13 to the test to see how it fares.

The Dell XPS 13 has become a firm favourite among Windows laptop buyers – and for good reason. Dell has managed to reduce the bezels to almost zero and, in doing so, created a luxurious edge-to-edge screen. The result: a 13.3-inch display squeezed into what is, for the rest of the industry, a 12in chassis.

Dell has now updated the iconic laptop with a number of tweaks, including an upgrade to seventh generation (Kaby Lake) Intel Core processors. We tested the 2017 version to see if remains the best Windows laptop available.

First let’s tackle the number of major changes to the design from last year’s model. Which is, a big fat zero. There is now a 2-in-1 model with a lid that rotates through 360 degrees, but the design of the standard XPS 13 remains nigh-on identical.

The micro-HDMI port of the 2015 model was replaced by a USB Type-C port with Thunderbolt 3 support last year, so if you’ve invested in a Thunderbolt-toting monitor or peripheral then you’ll be delighted. For those who use the micro-HDMI port to connect to a slightly older monitor, an adapter is the only choice, with no other video outputs available. 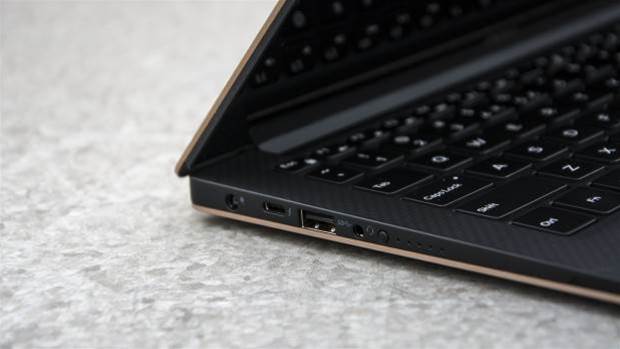 If you have $409 to spare, however, Dell’s Thunderbolt Dock TB16 is well worth considering. This has the bandwidth to feed three Full HD displays, two 4K displays or a single 5K unit. With just one cable to contend with, the Thunderbolt Dock TB16 will neaten up your desk at a stroke. It’s not the prettiest object, coming from the solid-cube-of-black-plastic school of design, but we’d be willing to live with this for the extra connectivity it provides – namely two USB 2 ports, three USB 3 and Gigabit Ethernet.

You do get two USB 3 ports on the XPS 13 itself, one on either side, plus the SD card slot. There’s also a 3.5mm headset jack, a battery gauge button and indicator, and the power input. Aside from the thoroughly average speakers built into the sides, that’s your lot.

This means that anyone looking for wired connection to a network will again need an adapter or dock, but the 802.11ac Wi-Fi Dell includes provides a solid connection. The relatively small disappointment here is that Dell sticks with a 2x2 MIMO antenna. There’s Bluetooth 4.1 as well, but no room for a SIM slot.

Dell has also upgraded the key specs inside, with a choice of Intel Core i5-7200U or i7-7500U processor. Our test unit came with the latter, which is a quad-core chip that runs at 2.7GHz with a Turbo Boost to 3.5GHz. The i7-7500U sits near the top of Intel’s mobile range, and it achieved a healthy overall score of 50 in our benchmark tests – which is fast enough for all but the most demanding uses.

That’s a modest increase over the previous Dell XPS 13, with its sixth-generation Core i7-6500U processor, which scored 46 overall in our benchmarks. It might have done a little better if Dell had submitted a unit with 16GB of RAM – the maximum it offers – though we think the most important upgrade is the solid state drive.

You can buy the XPS 13 with anything from a 128GB to 512GB SSD, but be careful. The bottom-end model’s 128GB SSD is a SATA drive, so not only will it become rapidly full but it will also be significantly slower than the PCIe drives Dell uses in the other XPS 13 models. 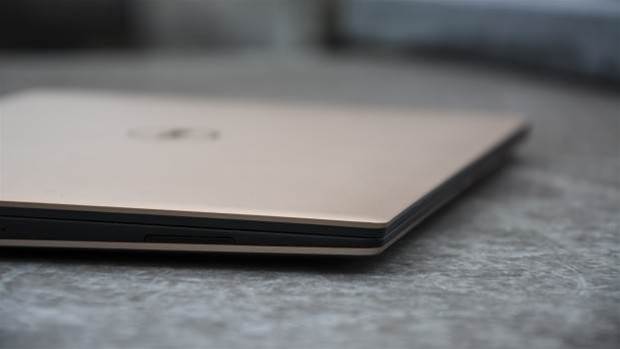 None of the models will suit serious gamers, however. Featuring only Intel’s HD Graphics 620 chip, you’ll have to drop right down in resolution if you want to play any recent 3D games.

On the upside, you can upgrade the Dell XPS 13’s SSD yourself, so unlike most modern laptops, you aren’t limited to what you can afford at the time of purchase.

With the upgrade to a Kaby Lake processor, we were hoping for improved battery life, but it was actually a little down in our tests – which involve setting screen brightness to 50%, switching off Wi-Fi and setting a looped video running. Whereas the previous version lasted for 7 hours 58 minutes, this time it gave up after 7 hours 46 minutes.

That may sound at odds with Dell’s promise of “up to 22 hours, 21 minutes of continual use”, but that’s with the Full HD screen rather than the QHD+ model we tested. The resolution has a telling effect on battery life and it makes your choice of screen all the more crucial. In our view, the Full HD (1,920 x 1,080-pixel) resolution suits the 13.3in screen size perfectly well and, by Dell’s own admission, delivers much better battery life than the high-end display. 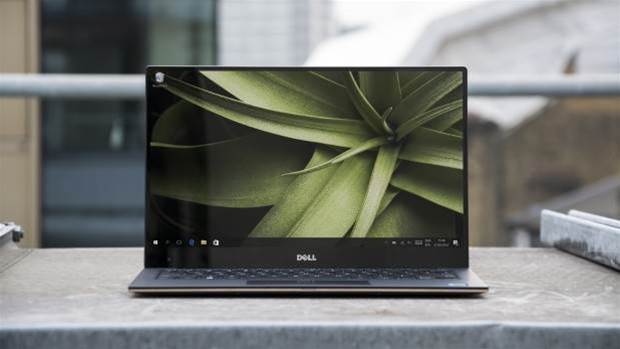 Still, the QHD+ screen is stunning, and it performed well in our technical tests. It covers 92% of the sRGB colour gamut and reached a peak brightness of 290cd/m2. The touchscreen support is also nice bonus, though it adds 90g to the unit’s weight – 1.29kg instead of the non-touch model’s 1.2kg.

The high-end screen is not a must-have, however, and while we’ll admit it can be useful to reach out and touch it – especially when web browsing – most of the time the excellent, wide touchpad suffices.

The keyboard is also a joy to type on. The only design annoyance is the mediocre webcam that sits underneath the screen – hardly the optimum position for conference calls.

Laying our hands on the latest XPS 13 reminded us of many things we love about this laptop. The design remains a phenomenon: sleek and stylish without pretention, with a high-quality display that very nearly lives up to Dell’s “InfinityEdge” branding.

It’s also more than fast enough for most users, battery life remains a strength (particularly if you opt for the Full HD screen), and the keyboard and trackpad are a joy to use. 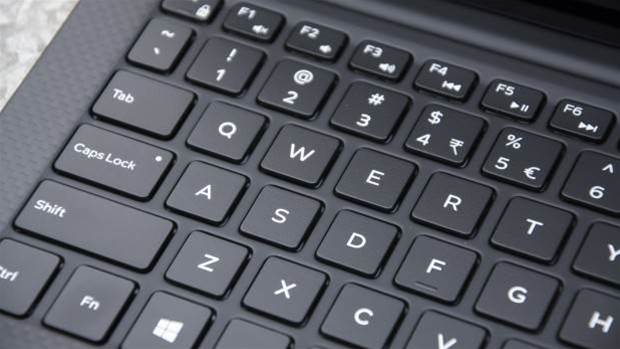 The competition is mounting, however. The Asus ZenBook 3, for example, is also impressively thin and light, and it’s arguably better value than the XPS 13. Asus offers a ZenBook 3 with a 512GB SSD, Core i5-7200U processor and Windows 10 Professional for $2,299.  For the same price, Dell offers a Core i7-7500U but only a 256GB SDD and Windows 10 Home.

However, the Dell’s luscious, bezel-less screen remains a decisive factor. While laptops like the ZenBook 3 feature a 12.5in display, Dell offers a 13.3in screen in a similar sized chassis.

Even after two years, the XPS 13’s design remains unsurpassed and it remains our favourite Windows laptop.