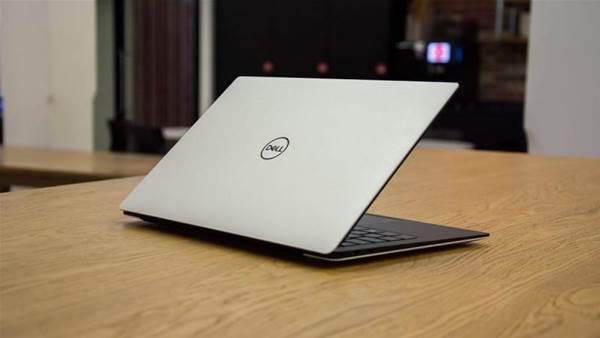 Dell’s new flagship laptop is thinner, faster and has longer battery life than its predecessor.

The Dell XPS 13 has become a firm favourite among Windows laptop buyers – and for good reason. Dell has managed to reduce the bezels to almost zero and, in doing so, created a luxurious edge-to-edge screen. The result: a 13.3-inch display squeezed into what previously would have been a 12in chassis.

Despite this, however, Apple’s MacBook Pro has maintained its reputation as the very best of laptops. But could that be about to change with the 2018 Dell XPS 13?

After testing the latest model, we think it could. Dell has updated the XPS 13 with a number of tweaks, including an upgrade to eighth-generation (Coffee Lake) Intel Core processors.

The design of the XPS 13 has remained more or less unchanged for the last several years, and that's very much a positive – it's one of the best-looking notebooks around, and Dell is smart to avoid messing around with it. 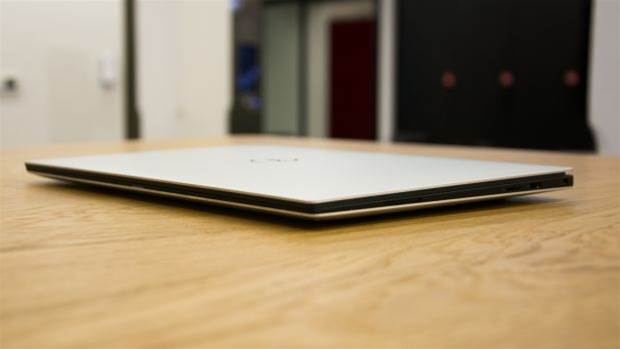 As before, the chassis is finished in a gorgeous anodised aluminium with sharp, angular corners, while the keyboard surround uses the XPS range's signature carbon fibre-effect finish. Despite the fact that this is basically the same aesthetic that Dell has been using since 2015, it hasn't really aged all that much – in fact, it still looks downright excellent.

The few changes that have been made are largely positive. For example, it's thinner than ever before, measuring 11.6mm at its widest point, and it's 80g lighter, too. For reference, that's noticeably slimmer and lighter than Apple's outstanding MacBook Pro. There have been some sacrifices made to achieve such a thin profile though (which we'll cover in more detail later) but the XPS 13 truly earns the ultraportable moniker.

Along with the classic silver and black colour scheme, the new XPS 13 is also available in a white and rose gold option. This new colour scheme is, alas, hideous – we’d advise sticking with the original colours.

The keyboard itself, much like the visual design, is more or less identical to previous generations. It's still using the same backlit chiclet keys and responsiveness and feedback is still nice and crisp. However, we're increasingly finding ourselves missing MacBook-style keyboards and their almost seamless spacing. 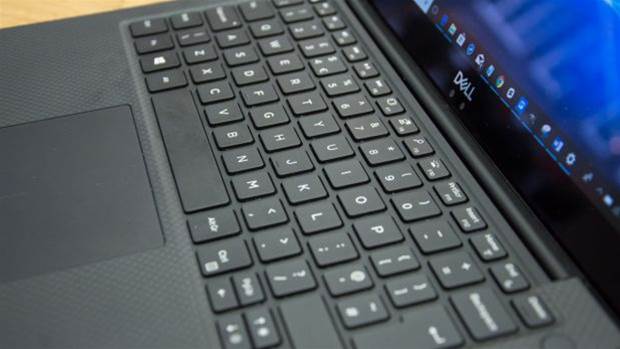 What's more, Dell is still infuriatingly fitting the XPS 13's keyboard with half-height left and right arrow keys, with the page up and page down keys directly above them. While we applaud its efforts to maximise space, we frequently found ourselves hitting the wrong key and jumping to a completely different browser tab or document section, which is mightily annoying.

The trackpad is really nice. The petite chassis means there's a limit to how big the trackpad itself can be, but Dell has made good use of the space – although we would have preferred it to be a little wider. One particularly nice touch is that the right-click function is only activated by clicking the bottom right corner of the touchpad – everything else registers as a left click. This is surprisingly intuitive and ensures that accidental right-clicks are minimised.

While a good display is an important component of any laptop, the screen has always been one of the highlights of the XPS range, thanks to the Infinity Edge display introduced as part of the series' last redesign. True to form, the razor-thin bezels make the 13.3in screen feel much larger than it actually is and create a pleasantly immersive viewing experience. 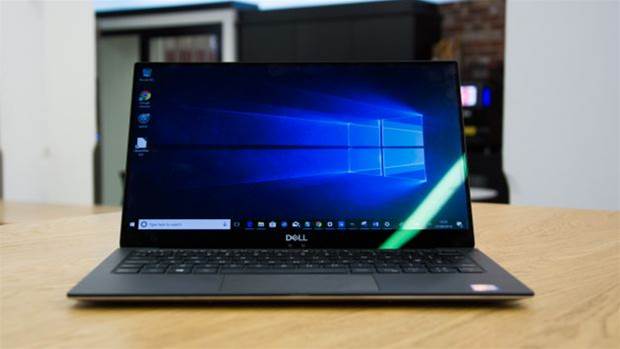 Our review model came with a 1080p IPS screen, but a touchscreen 4K version is also available. We think you're better off sticking with the 1080p display though unless a touchscreen is an absolute necessity. After all, on a screen this size, the extra clarity of a 4K resolution is all but imperceptible, and the extra strain it puts on the battery is a steep price to pay.

Dell claims that its screen achieves 100% coverage of the sRGB colour spectrum, but we suspect that this figure applies only to the 4K model as our tests only showed a 90% coverage rate. That's still an excellent result, mind you and certainly nothing to be sniffed at. We've seen more impressive coverage from rival machines like the MacBook Pro, but it's still more than creditable, and certainly good enough for basic design work and video playback. The same is true of the average Delta-E score of 2.49.

Brightness is also excellent, and the peak brightness of 454cd/m² is more than high enough to work outdoors in bright sunlight with no issues. In a departure from previous XPS models, the screen hasn't been treated with the usual matte anti-glare coating, but it has had some form of anti-reflective treatment applied to it. We experienced no viewability problems even under harsh lighting, and as an added bonus, the slight muting of colours that an anti-glare treatment usually results in is no more.