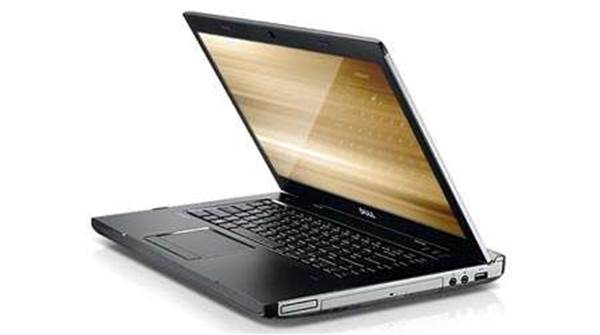 When Intel recalled its H67 and P67 chipsets earlier this year it threw the launch of its Second Generation Core i CPUs into disarray. Consequently we are only now seeing mass-produced laptops appear with the processors. We saw the first premium offerings last month in the form of Apple’s Macbook Pro, and now we are seeing the new CPUs work their way down into more affordable products.

Dell’s $899 business-focused Vostro is one such beast. It uses a second generation Core i5-2410M CPU, paired with 4GB of DDR3, 320GB HDD and a 15.6in 1366x768 LED screen. It also features things like a scrabble tile keyboard, fingerprint reader and Intel’s WiDi Wireless display technology. In order to make it business friendly, Dell pairs the laptop with Windows 7 Professional.

All this is packed into a colourful chassis. Our review sample was ‘Lucerne Red’, but there are also options for ‘Aberdeen Silver’ and ‘Brisbane Bronze’ colourings. The chassis itself feels somewhat cheap and quite plasticky, which isn’t unexpected from something at this price point. It has strength where it counts though – the screen has a surprisingly small amount of movement to it, and the metal hinges are nice and solid.

Open the lid and you find a black plastic inlay, with mechanical buttons for power as well as some Dell options. The keyboard uses a scrabble-tile design, which has a good feel to it but we do wish there weren’t such big, gunk-catching gaps around the edge of the keys.

I have read and accept the privacy policy and terms and conditions and by submitting my email address I agree to receive the Business IT newsletter and receive special offers on behalf of Business IT, nextmedia and its valued partners. We will not share your details with third parties.
The hinge design is somewhat interesting – in order to pack Ethernet, USB 3, VGA, Kensington lock mount and Power ports on the back of the laptop Dell has brought the screen forward, so when the hinge opens it doesn’t obscure the rear like most laptops do. This configuration is also a nod to the business aspects of the device, as these are the ports that are likely to be in use when the laptop is deskbound and hence cabling is kept out of the way.

Besides these rear ports the Vostro also has headphone and mic jacks, a second side-facing USB 3 and sole USB 2, Expresscard, Card Reader, HDMI and eSata ports. There aren’t a huge number, but Dell has managed to cover pretty much all necessary bases with the choice.
The look and feel of the Vostro 3550 may be indicative of its $899 price tag, but the performance is well above what we are used to from the price bracket. The Core i5-2410M CPU uses the better version of Intel’s processor graphics, the HD-3000, and brings with it access to Intel’s Quicksync
video technology.

It also manages to play Crysis, albeit at low detail (where it managed 28fps). But that’s a moot point for a business laptop. More importantly, it pumped out some respectable scores in our 2D benchmarks, beating out the previous generation Core i7 laptops. For example, the Core i7-720QM powered HP Envy 14 that we reviewed in issue 161 managed an overall score of 1.57. The Vostro managed a score of 1.77 in the same test. Add to this the fact that the Sandy Bridge processor design is very mobile focused with power consumption and you have a stunning generational leap in performance.

Our battery testing also told an interesting story. Under heavy use we got 1:23, while under light use conditions the Vostro lasted 6:18 before running out of juice. This isn’t a great result, although the light use number is still quite impressive. It does indicate that this is a laptop designed to spend most of its time tethered to a power cord.

While the Vostro will never win any style awards, it does manage to pack in remarkably good performance for the price point. The addition of technologies like USB 3 are very welcome, while the implementation of Intel’s new hardware platform makes for surprisingly solid performance.
We don’t really expect to see an $899 business-focused laptop wipe the floor with higher priced products, but thanks to the massive performance leaps in the Sandy Bridge Architecture Dell has managed it with the Vostro. If this is indicative of the price/performance that we are going to be seeing from Sandy Bridge in laptop form, then we are quite excited to see what emerges in the coming month from Dell and its competitors. This isn’t just a great business laptop, it is a fantastic all-round budget offering.
Verdict
Intel's Sandy Bridge processors go mobile in the Dell Vostro 3550, and budget laptops make a leap in performance
Performance
Features & Design
Value for Money
Overall
Specs
$899 AUD
(pricing info)
Copyright © PC & Tech Authority. All rights reserved.
Tags:
dell hardware mobilecomputing vostro
By John Gillooly
Jun 30 2011
5:24PM