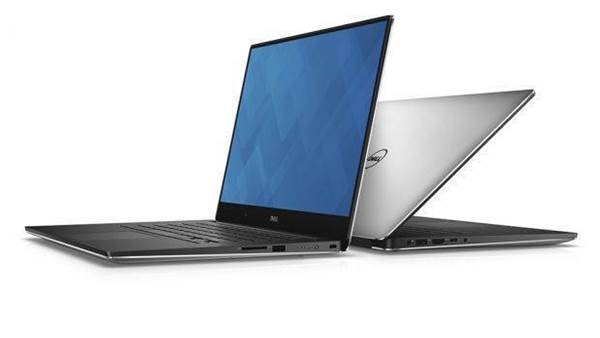 Dell has crammed a 15.6in screen and workstation power inside a sleek, 14in notebook chassis, but is it worth its hefty price?

This level of extravagance means the Dell is, well, extravagantly expensive, but there are reasons why, as a business user, you might want to shell out over $5,000…

The Precision has a 15.6in screen inside a 14in chassis, with three bezels slimmed down to cram the hardware inside. The panel impresses elsewhere, too: it uses in-plane switching (IPS) technology, and the screen is sturdy despite its slim 4mm-thick frame.

The screen's benchmark results are also solid. The 1,718:1 contrast ratio is excellent, and it remained at 1.666:1 when we dialled the brightness back from its retina-searing level of 378cd/m2 to a reasonable 150cd/m2. Those superb ratios combine with stonking black levels, which mean colours are rendered with subtlety and depth. The average Delta E of 2.21 is decent, and it improved to 0.78 when we dropped the brightness. 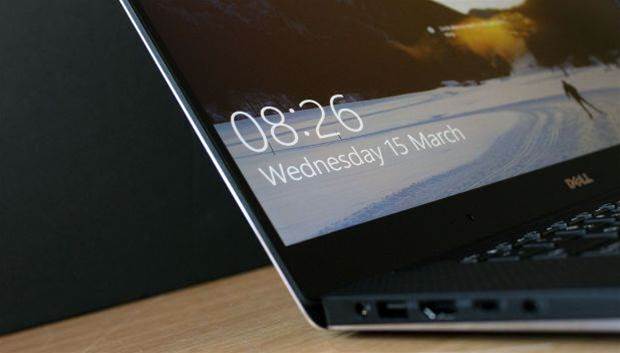 In other areas, however, the panel is more ordinary. The colour temperature of 7,627K is cool, and it means the screen feels pallid. It's not too uniform, either: backlight strength swung by 13% across the bottom row and 12% across the middle.

Those more middling measurements mean this screen is less capable with colour-sensitive work. And, as if to confirm that, the Precision rendered 91.8% of the sRGB gamut but only 66.8% of the Adobe RGB spectrum. Those figures are a little underwhelming for a workstation, especially when Dell boasts of the Precision's 100% Adobe RGB coverage.

That disconnect occurs because two different panels are available for this machine. The entry-level model reviewed here has a Full HD screen, but that Adobe RGB designation is only available on the machine's 4K panel – an option that costs an extra $1,617 but also offers an IGZO touchscreen and Dell Premier Color's professional presets.

The Full HD screen has great contrast, black levels and colour accuracy, which means it's solid for most work tasks - but the colour temperature and gamut coverage means it slips behind the superb colours of Apple's Retina display. It also has less real estate than, say, the MacBook Pro, which has a sharper 2,880 x 1,800-pixel resolution.

We have few qualms about the Precision's ergonomics. The keyboard is backlit with large buttons, and they depress with a shallow and consistent action that encourages fast, precise typing – and with more travel than the MacBook's butterfly mechanism. The only problem is minor, with larger buttons like the space bar and enter key feeling a little wobbly.

The trackpad is one of Dell's gesture-heavy Precision units, and its smooth surface offers pin-sharp operation and two satisfyingly clicky buttons. The MacBook Pro's trackpad is larger though, and offers similar quality.

The gunmetal lid extends to the Precision's bevelled edges, and the interior is coated with dark carbon fibre. It looks different from many other notebooks, with its glossy black and smooth metal, which is a good thing – and that's no surprise, considering this machine shares its design with the excellent Dell XPS 15.

The good-looking exterior offers more versatility than Apple's notebook, with USB 3 and Thunderbolt, a battery indicator and a card reader. The downside, though, is that Dell's machine is chunkier: the Dell's 22mm body is thicker than the 15.5mm MacBook Pro, and both weigh around 1.8kg. This may not be much of a problem, however, as many workstation laptops tend to spend most of their time at a desk. 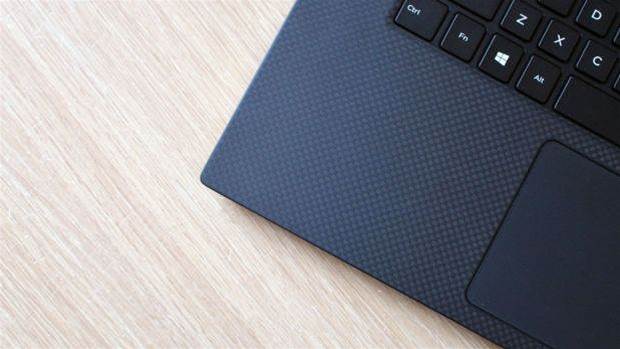 Dell has also loaded this machine up with useful software: the Power Manager serves up battery and power options, while the Precision Optimizer has monitoring information alongside profiles for work applications like CAD tools and graphic design utilities. It's ISV-certified, too, which means it’ll work seamlessly with many independent software vendors.

The Dell arrives with Intel's latest, seventh-generation (Kaby Lake) architecture, and its choice of chip outpaces the older sixth-generation part inside the MacBook Pro. The entry-level Precision includes an i5-7300HQ processor, which has four 2.5GHz cores that Turbo to 3.5GHz, but no Hyper-Threading.

Apple's entry-level machine comes with a Core i7-6700HQ that starts at 2.6GHz and Turbo Boosts to 3.6GHz, and it does have Hyper-Threading – but it also uses an older architecture.

The entry-level Precision offers only Intel HD Graphics 630 but for a small upgrade you can get the graphical grunt of Nvidia’s Quadro M1200. It's a mid-range mobile chip tuned to the needs of business graphics software, and it has 640 stream processors alongside a 1,093MHz core – a solid specification that also has 4GB of memory. Those specifications are marginally better than the AMD Radeon Pro 450 inside the MacBook, which has 640 stream processors but a slower 800MHz core and just 2GB of dedicated RAM.

The Dell has 2,400MHz memory, which is faster than Apple, but its 8GB allocation is half as much as the MacBook Pro offers. Apple fights back in storage, too: the Precision has a 256GB Toshiba XG3 SATA solid state drive that delivers speeds of 1.4GB/s and 1.1GB/s, but the MacBook Pro's PCI drive delivered speeds of 3.1GB/s and 1.4GB/s – a blazing pace that we've yet to see anyone come close to matching.

However, in our benchmarks, the Dell achieved overall score of 90 in our application tests – which isn't far short of the powerful desktop chip we used as our reference result. The Precision has the grunt to run intensive tasks, and its SPECviewperf 12 scores further demonstrated its ability: it returned a solid score of 44.8 in the 3DSMax test, and 61.38 in the SW-03 benchmark. 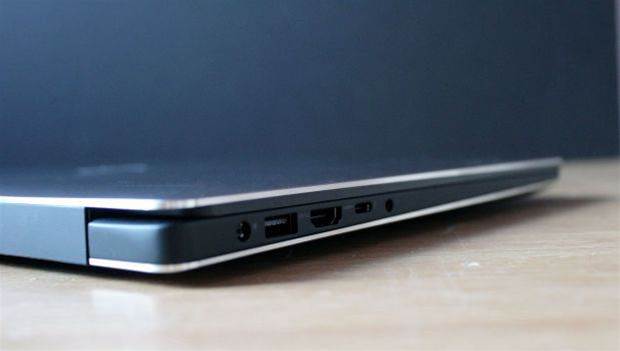 Impressively, Dell's machine produced this level of performance while remaining chilled – the fan noise was modest, and the Precision's exterior only became a little warmer during benchmarks and stress-tests. The processor's peak temperature of 91°C is a tad high, but the clock speed never throttled and the silicon never became unstable.

The Precision's three-cell battery lasted for eight hours and 56 minutes in our standard test – a good result that's almost identical to the MacBook Pro.

The Precision 5520 is a superb laptop that crams huge functionality into a small, attractive exterior. The Kaby Lake processor is fast, and the Nvidia Quadro GPU means this machine will handle graphical tasks with aplomb.

The entry-level machine is hindered by its Full HD screen, middling SSD and basic graphics, but there are loads of potential upgrades, with options to upgrade to Nvidia’s Quadro M1200 GPU, up to 32GB of RAM, a faster PCIe SSD (ranging from 256GB to 1TB) and 4K screen, although the latter will also require an upgrade to a six-cell battery. You can also bump up the processor to a 2.80GHz Intel Core i5-7440HQ, 2.90GHz Core i7-7820HQ or even a beefy 3.0GHz Xeon E3-1505M v6 processor.

However, all this versatility adds to an already high price. At the time of writing, pricing started at a hefty $5,448.30 and reached beyond an eye-watering $7,000. If that’s too rich for you but you want a full-size, high-performance laptop, we’d suggest either the 15in MacBook Pro or Dell XPS 15, which we have compared previously.

But what you’re paying more for with the Precision 5520 is an enterprise-grade system that offers a generous three-year, one-site, next-day warranty, along with advanced features such as the Precision Optimizer for system administration.