Dell Latitude 10 reviewed: this tablet is a mobile workhorse 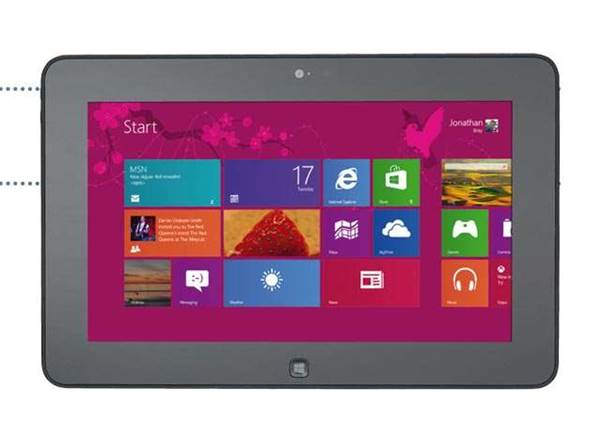 [This review was previously published as a part of a comparison of 14 different tablet computers in the Feburary 2014 edition of PC & Tech Authority magazine. We've covered various Windows tablets in the past, so we decided to share this review with you below].
Dell’s first Windows tablet isn’t exactly a thing of beauty. It’s plain and angular, and unsightly ports and sockets are scattered all around. It’s a tablet built to laptop standards; it’s functional, not pretty.
Newsletter Signup

I have read and accept the privacy policy and terms and conditions and by submitting my email address I agree to receive the Business IT newsletter and receive special offers on behalf of Business IT, nextmedia and its valued partners. We will not share your details with third parties.
However, if it’s sheer on-the-go flexibility and rough, tough ruggedness you want, nothing beats this ugly duckling.
For starters, it has a user-replaceable battery that clips into a cavity on the rear of the tablet. You can choose between a lightweight, two-cell battery or a bigger, four-cell unit, which we recommend. It’s only $20 extra, yet delivers huge stamina, lasting 20hrs 46mins of continuous use in our looping-video test.
There’s plenty of connectivity, including an SD card slot and a USB 2 port, plus a mini-HDMI output along the right edge. Wireless comprises dual-band Wi-Fi and Bluetooth 4. Our review model came with the optional 3G module, and you can also add a pressure-sensitive stylus.
Although the resolution is low, the quality of the display is top-notch, with maximum brightness reaching a searing 533cd/m2 – higher than any other tablet here.
Undoubtedly, the Windows Store falls short of Apple’s App Store and Google Play when it comes to the number, quality and price of apps and games. This isn’t really an entertainment device, however – it’s a mobile workhorse. When it comes to getting work done – connecting to networks and transferring files back and forth; connecting to multiple monitors; using web apps – there’s still nothing to beat Windows. You’ll have to rely on third-party accessories if you want a keyboard, though.
The only other big negative is performance. Compared with the latest Android and iOS devices, the Latitude 10’s Atom Z2760 CPU isn’t particularly powerful; it put in a middling performance in the mobile benchmarks.
Overall, though, we like the Dell Latitude 10. It isn’t exotic, slim or sleek, but as an on-the-road working companion, it’s a trooper.
Verdict
Storming battery life and bags of flexibility – the Dell Latitude 10 is PC & Tech Authority's favourite Windows 8 tablet in their comparison.
Performance
Battery Life
Features & Design
Value for Money
Overall
Specs
$899 AUD
(pricing info)
Copyright © PC Pro, Dennis Publishing
Copyright © PC Authority, nextmedia
Tags:
10 dell hardware latitude review
By Staff Writers
Feb 20 2014
5:50PM