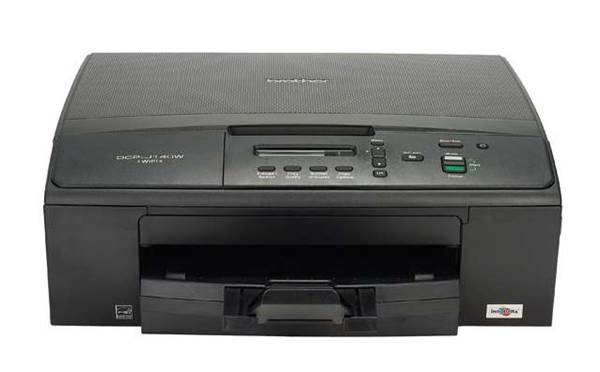 Brother’s DCP-J140W is the cheapest inkjet all-in-one in this month’s Labs, but it still manages to include 802.11n Wi-Fi, and quotes an impressive claimed print speed of 33ppm.
First impressions are underwhelming, however. In terms of aesthetics, the DCP-J140W is basic and plasticky. In addition, there’s no automatic document feeder for multiple scans, no automatic duplexing, and no fax facility. While its rivals have colour LCD panels, the DCP-J140W has a basic, monochrome text display. This makes setting up the wireless connection a bit of a faff, and adjusting the scanning and copying settings isn’t as easy as on the larger LCDs of rival devices in this month’s Labs.
Newsletter Signup

I have read and accept the privacy policy and terms and conditions and by submitting my email address I agree to receive the Business IT newsletter and receive special offers on behalf of Business IT, nextmedia and its valued partners. We will not share your details with third parties.
The DCP-J140W was also the slowest printer we tested. Only draft-quality prints emerged with any haste, the Brother clocking up a respectable 14.3ppm, but quality was awful, with washed-out, almost dot-matrix-like text. Upping the quality to normal improved matters slightly, but, despite blacker text, the quality was still very rough compared to the competition. Worse still, speed slumped to a lethargic 5ppm.
The DCP-J140W was equally slow with copying jobs, and quality was unacceptably poor at draft settings. The normal setting improved quality, but copies took 30 seconds – nine seconds longer than the next slowest MFD on test. Scan speeds were more spritely, with the DCP-J140W taking 39 seconds to scan our 6 x 4in photo at 600dpi. Quality was again average, with a lack of contrast and fine detail.
Running costs can’t rescue this inkjet: A4 mono prints are 6.7c, and colour ones a pricey 21.6c. Photo printing is prohibitively expensive: each 6 x 4in print ends up costing a whopping 50c, and prices only drop to this level if you buy the cheapest multipack of inks you can find.
All told, the Brother DCP-J140W puts in a staggeringly poor show, especially considering its respectable showing in the mono laser portion of our Labs. It is initially cheaper than its rivals but, with the highest costs per page across the board in our tests, long-term running costs will skyrocket as the years go by. Unless you’re willing to settle for pricey, mediocre prints, any of this month’s rival devices will do a far better job.
Verdict
Abysmal print quality and expensive ink destroy the appeal of this cheap all-in-one, the Brother DCP-J140W. Read the review.
Quality
Speed
Feature & Design
Value for Money
Overall
Specs
$75 AUD
(pricing info)