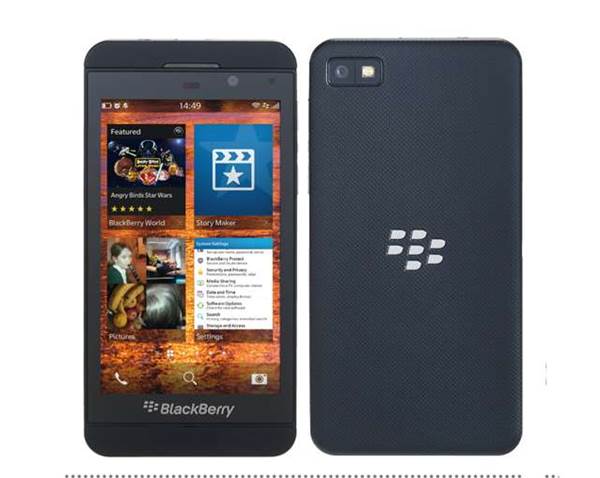 BlackBerry took its precious time getting the new BlackBerry 10 OS ready; when it did, the Z10 was the first recipient.
For a flagship device, the specification isn’t exceptional. The 4.2in, 768 x 1280 IPS display wasn’t cutting edge when it launched, and it’s fallen further behind the leaders in recent months. The 1.5GHz dual-core processor, 8-megapixel camera and plasticky, angular build are equally so-so. It was the new BlackBerry 10 OS we were really waiting for, however, and we still like it. The way the OS puts both messaging and multitasking at the forefront of everything – via the BlackBerry Hub – makes sense, and its novel yet intuitive gesture-based navigation is highly effective.
Newsletter Signup

I have read and accept the privacy policy and terms and conditions and by submitting my email address I agree to receive the Business IT newsletter and receive special offers on behalf of Business IT, nextmedia and its valued partners. We will not share your details with third parties.
We also love the BlackBerry Z10’s super-bright display. We measured it kicking out up to 715cd/m2, making it the most readable phone we’ve come across in bright sunlight.
The Z10’s main weakness is apps. It launched with a respectable number in its store, with major apps promised from names such as Skype, Spotify and Amazon. However, only a few of these have materialised since. It’s possible to fill the gaps by “sideloading” unofficially converted Android apps, but these often suffer from poor performance.
The Z10 didn’t do well in our benchmarks or games tests, either. Although the OS itself felt responsive, we experienced dropped frames on fast-paced 3D titles, sluggish scrolling in some settings screens, and benchmark results were below par. Its 1902ms SunSpider result is well down the table.
In the end, though, it’s the flagship pricing that proves the decisive factor for the Z10. Asking almost $600 for what feels like a mid-range phone seems a fraction too much.
Verdict
The Z10 is an excellent messaging phone, although it lacks the breadth of apps to make it a true contender. Read the review.
Performance
Battery Life
Features & Design
Value for Money
Overall
Specs
$580 AUD
(pricing info)
Copyright © PC Pro, Dennis Publishing
Copyright © PC Authority, nextmedia
Tags:
blackberry hardware review z10
By Staff Writers
Dec 19 2013
5:33PM