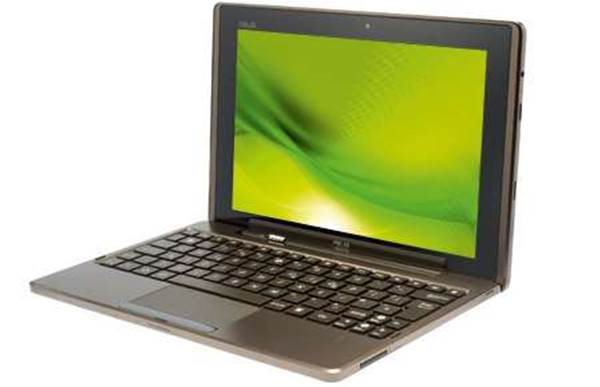 At first glance the Asus Eee Pad Transformer TF101 looks very similar to the Acer Iconia Tab W500. Both are 10.1in tablets that come with their own netbook-style keyboard dock, so you can tap away on the move or type at your desk. In practice, however, the two hybrids couldn’t be more different.
OS and CPU
Newsletter Signup

I have read and accept the privacy policy and terms and conditions and by submitting my email address I agree to receive the Business IT newsletter and receive special offers on behalf of Business IT, nextmedia and its valued partners. We will not share your details with third parties.
It’s all in the operating system. By using Android 3, the Transformer sidesteps Windows’ touch problems with the Honeycomb tablet interface that impressed us on the Motorola Xoom. It sports the same 1GHz Tegra 2 chip as the Xoom, but the Transformer feels a mite slicker and more responsive, suggesting Asus has done a better job of integrating its hardware with Honeycomb.
Performance
Sure enough, the Transformer took two seconds to complete the SunSpider JavaScript test, three seconds to load the ABC homepage and scored 2041 in the Quadrant Android benchmark. The latter two of those results beat the Xoom, although the same sticking points apply: the browser remains a tad juddery, YouTube HD clips aren’t totally smooth, and we experienced a few hangs and reboots during our tests.
Display and other features

A variety of buttons and ports adorn the edges of the bronze chassis, including Mini HDMI and microSD, and there’s a proprietary power and docking connector on the bottom. It has 802.11n Wi-Fi, but there’s no 3G model available yet.
The screen is the Transformer’s best feature. It’s a 1280 x 800 IPS panel that’s brighter and punchier than the Xoom’s display, and the resolution makes it sharp. It’s slightly sunk behind the glass, which reduces viewing angles, but it’s pleasant to use for long periods.
There’s a 5-megapixel camera on the rear, which produced sharp images with good colours. However, with its noise and chromatic aberration, it’s some way behind a good smartphone camera. The less said about video the better – our 720p clip was captured at 8fps.
The keyboard is standard Scrabble-tile netbook fare, with the addition of an Android Home key and a row of quick controls along the top edge. It feels substantially stronger than the base of the Acer Iconia, and the docking system is infinitely more sensible. Slot the tablet into the dock and it clicks in place; you can adjust the angle, close it like a netbook, even pick it up by the screen, and it won’t budge until you release the latch to separate the pieces again.
Price
The big question is why you’d bother paying $799 for a keyboard and tablet set when you could just buy the tablet for $599. In netbook mode it just feels wrong using a touchpad and cursor to navigate the tablet-optimised OS.
The Polaris Office suite is installed, which can edit Microsoft Word, Excel and PowerPoint files, and read PDFs and a variety of image formats. It’s extremely basic, but for getting content down it does a job. Beyond this and typing emails, we generally found ourselves reaching out to prod the screen, leaving the touchpad largely superfluous.
The dock does add two USB ports and an SD card reader, but there’s a bigger reason to pay the $200 premium: it’s a battery extender. The tablet alone lasted 8hrs 37mins in our video run-down tests – four hours less than the Xoom – but when it dies you can dock it and the base will actively recharge the tablet’s battery to give another 7hrs 6mins. That’s still just short of the iPad 2’s 16hrs 49mins, but it makes the full package look more appealing.
Conclusion
The Asus Eee Pad Transformer is undoubtedly the best hybrid we’ve yet seen, and doing it this way round – Android tablet with bonus keyboard – works far better than the Windows way. Purely as a tablet we prefer it to the Motorola Xoom as well: the screen is better, the price is lower (albeit for only 16GB of storage) and you have the option of the dock. It still doesn’t quite feel finished, and the software could do with an update or two, but it’s another step up the ladder towards the all-round quality of the iPad 2.
Verdict
The Asus Eee Pad Transformer is marginally better than the Xoom, though we’d buy the keyboard dock only for its extended battery. Read our review.
Performance
Features & Design
Value for Money
Overall
Specs
$599 AUD
(pricing info)
Copyright © Alphr, Dennis Publishing
Tags:
asus eee hardware ipad mobilecomputing pad phones review tablet tf101 transformer
By David Bayon
Aug 31 2011
5:19PM