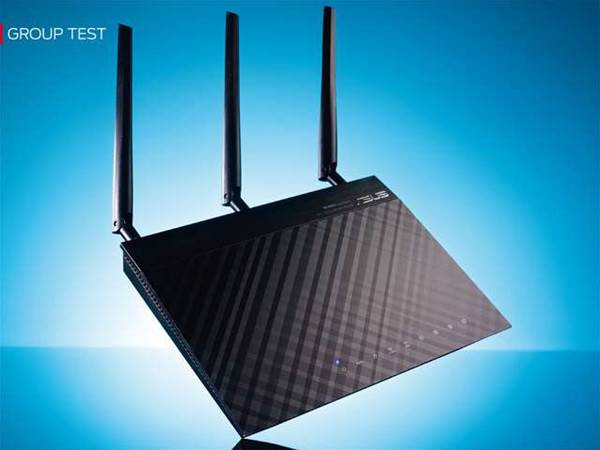 Asus walked away with an award from our last wireless routers group test; this time around, it’s gone one better and swung the overall award. The reasons behind this are largely the same.
Features
First, despite a reasonable price, the router has plenty of features. There’s dual-band, concurrent Wi-Fi, rated at 300Mbits/sec in each band; twin USB ports, each one capable of supporting either a printer or a hard disk drive; VPN server capabilities; four Gigabit Ethernet ports; a power switch on the rear; and three high-gain antennae sticking out the back.
Newsletter Signup

I have read and accept the privacy policy and terms and conditions and by submitting my email address I agree to receive the Business IT newsletter and receive special offers on behalf of Business IT, nextmedia and its valued partners. We will not share your details with third parties.
Setup
When you connect to the DSL-N55U’s web UI, it delivers class-leading usability. The first page helps you set up the ADSL connection. Once that’s done, there’s a wireless and security setup wizard to go through, and you finally land on the router’s dashboard page. This displays a network map, showing an at-a-glance view of the health of your internet connection, and the status of the wireless network. Click an item on the map and further information appears in a panel to the side.
With the ability to change basic settings in these panels, you’ll barely need to wander outside the UI’s main page for most changes. When you do, the router provides help by way of some simple wizards. We particularly like the AiDisk function, which allows you to share storage across the internet through Asus’ own DDNS service. Including account setup, we were able to share our connected disk via FTP in less than a minute.
The only significant features missing from the DSL-N55U are wireless repeating functions, and advanced parental controls. You can block keywords and URLs and restrict usage based on the time of day, but there’s no whitelist control, nor more powerful, category-based filtering.
Performance
However, we’re willing to set aside these concerns in light of the Asus’ excellent all-round performance. At close range, we measured an average file-transfer rate of 13.6MB/sec over 2.4GHz, and 16.5MB/sec over 5GHz. At long range, speed over 2.4GHz was an impressive 6.3MB/sec. And, again, the DSL-N55U impressed over 5GHz, gaining a steady rate of 3.1MB/sec.
For range, it’s second only to the Netgear D6300, which is far more expensive, and in fact, overall, it works out as the third-fastest router in this group test, ahead of all its 802.11n rivals by some distance.
The Asus doesn’t only impress in the wireless department. It also excelled in our USB disk and ADSL throughput tests. In the former, it delivered an average transfer rate of 12.2MB/sec, and in the latter it topped the table.
Conclusion
In short, the Asus DSL-N55U couples table-topping performance in all departments and a great range of features with supreme ease of use, and does it all for a modest price. There’s no other router in this group test that carries off that combination with such competent, all-round aplomb.
Verdict
A good price and superb performance in all departments mean that Asus’ ADSL dual-band router clambers to the top of the pile
Performance
Features & Design
Value for Money
Overall
Specs
$150 AUD
(pricing info)
Copyright © PC Pro, Dennis Publishing
Copyright © PC Authority, nextmedia
Tags:
adsl asus dsln55u dual band dualband hardware review router wireless
By Staff Writers
Jul 31 2013
1:37PM