Apple's iPhone 6 Plus reviewed: comes at a daunting premium 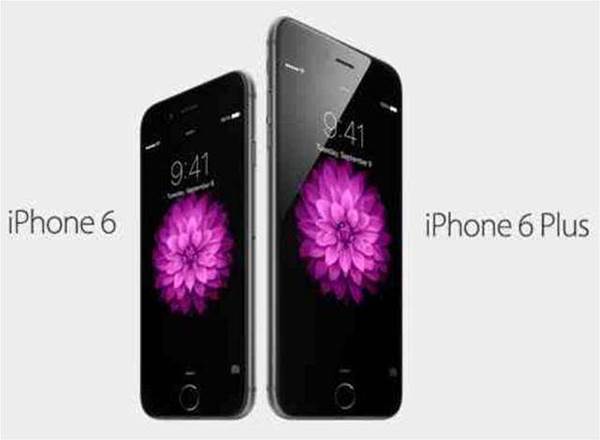 You can’t get your hand around it.” “No-one’s going to buy that.” Not our words, but rather those of Steve Jobs. He was referring to Android phones with big screens – rivals to the iPhone 4 way back in 2010 – but times have changed. Apple has now done the unthinkable: not only has it released the iPhone 6, but also the king-sized iPhone 6 Plus. Shockingly, Apple has made a phablet.
The iPhone 6 Plus sports the same newly curvaceous design as its smaller sibling, but with one major difference: its beefed-up body frames a substantial 5.5in, Full HD display. At only 7.3mm thick, however, the slender, curved profile fits surprisingly well in the hand. The extra girth does bump the weight up a tad, but this is by no means a heavy phone. At 172g, the iPhone 6 Plus is only 43g more than the iPhone 6, so it won’t be the weight that will cause problems for your pocket – it’s the size. In practice, the iPhone 6 Plus often feels more like a miniature iPad than an iPhone.
Newsletter Signup

I have read and accept the privacy policy and terms and conditions and by submitting my email address I agree to receive the Business IT newsletter and receive special offers on behalf of Business IT, nextmedia and its valued partners. We will not share your details with third parties.
Hold it in landscape orientation and, for the first time on an iPhone, the iOS homescreen spins around into a landscape view. And while it’s impossible to reach every corner of the display with one hand, the iPhone 6 Plus shares the iPhone 6’s “Reachability” function: a quick double-tap of the home button slides the upper half of the screen downwards to bring icons, buttons and address bars within reach.
As you’d expect, the iPhone 6 Plus’ Full HD display is the centre of attention. It does lag a little behind its smaller sibling in terms of its technical performance, but it isn’t far off. We measured a maximum brightness of 493cd/m2 and a contrast ratio of 1,293:1, and the colour accuracy is excellent, too. To the naked eye, the iPhone 6 Plus’ display is superb; moreover, we noted none of the backlight inconsistency that afflicted our sample of the iPhone 6.
In terms of power, there’s scant difference between the two iPhones. As the same 1.4GHz Apple A8 chip is the driving force in both handsets, it came as little surprise to see a near-identical set of scores in the SunSpider, Geekbench and Peacekeeper benchmarks. What’s really impressive, though, is that despite pushing more than twice the number of pixels, the iPhone 6 Plus pulled slightly in front in the GFXBench T-Rex HD test: it turned in an average frame rate of 53fps.
One area where the iPhone 6 Plus beats the iPhone 6 is battery life. In GFXBench, it achieved a projected runtime of 3hrs 26mins; in our 3G audio-streaming test it used 2.1% of its battery per hour; and 720p video playback sapped only 4.9% per hour.
In terms of features, there’s little to separate the two new iPhones. We’re pleased to see that 802.11ac has finally made the cut; Bluetooth 4 is now accompanied by NFC; and, of course, there’s the now familiar Touch ID sensor embedded in the home button.
Fittingly, Apple has also equipped the iPhone 6 Plus with the same superb pair of snappers found on the iPhone 6. The Plus does trump its stablemate in one key area, though: its larger body has given Apple room to squeeze in optical image stabilisation.
Call quality is identical to that of the iPhone 6, which is to say it’s crisp, clear and full-bodied. However, the iPhone 6 Plus houses a larger, louder speaker than that of its sibling.
Thus far, we haven’t been universally won over by giant-sized smartphones, but the 6 Plus makes a great halfway house between a smaller-screened iOS device and the iPad mini. But even if you’re a firm believer in the “bigger is better” mantra, there remains one major hurdle to overcome: the price.
This is the most luxurious, high-performance phablet that money can currently buy, but just as with the iPhone 6, Apple is demanding a daunting premium. With competent alternatives available for substantially less, we’d think long and hard about spending this much on any handset.
Verdict
Apple’s 5.5in giant isn’t for everyone, but for some the iPhone 6 Plus may be the perfect midpoint between an iPad and iPhone. Read the review.
Performance
Features & Design
Value for Money
Overall
Specs
$999 AUD 16GB
$1129 AUD 64GB
$1249 AUD 128GB
(pricing info)
Copyright © PC Pro, Dennis Publishing
Copyright © PC Authority, nextmedia
Tags:
apple iphone 6 plus hardware iphone 6 plus review
By Sasha Muller
Dec 19 2014
6:19PM