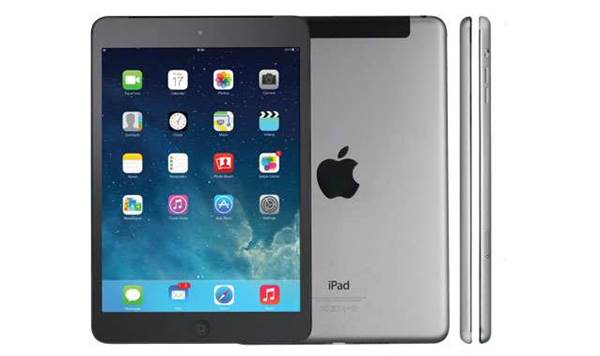 In a market dominated by Android compact tablets, the second-generation Apple iPad mini comes as a breath of fresh air. It’s essentially a small version of the larger-screened iPad Air, and it’s just as beautiful to behold. At 7.5mm, it’s amazingly slim, and the flat metal back, which comes finished in either silver or gunmetal grey, looks gorgeous.
This iPad mini doesn’t rely only on its good looks for success. Build quality is rock-solid, despite the slim profile, and in typical Apple fashion the specifications are spectacular. For starters, the 7.9in screen is superb: it boasts a “Retina”-class resolution of 1,536 x 2,048, which delivers a pixel density of 326ppi.
Newsletter Signup

I have read and accept the privacy policy and terms and conditions and by submitting my email address I agree to receive the Business IT newsletter and receive special offers on behalf of Business IT, nextmedia and its valued partners. We will not share your details with third parties.
Although maximum brightness and contrast aren’t as good as some, colour accuracy is a real strength. And while many Apple products have a tendency to crush dark greys into black, the iPad mini possesses no such failing: there’s a clear distinction between even the darkest of greys and black.
This iPad doesn’t look quite so glamorous under the hood, but the partnership of a dual-core 1.3GHz Apple A7 SoC and 1GB of RAM still delivers stellar benchmark results. It completed the SunSpider JavaScript test in 418ms, the fastest time this month. In the Geekbench 3 tests it achieved great results, with the fastest score this month in the single-core component.
And its huge 6,471mAh battery helped it match the best in terms of stamina, with a time of 12hrs 1min in our looping video-playback test. The GFXBench T-Rex HD test results weren’t as impressive, at 21fps, but remember this tablet has more pixels to draw per frame than most, so it’s still a decent result.
Elsewhere, Apple’s tablet continues to impress. The 5-megapixel rear camera produces crisp, sharp snaps that look almost as good as those captured by the Samsung Galaxy Tab S 8.4’s 8-megapixel snapper, and videos shot in 1080p look good, too. There’s dual-band 802.11n Wi-Fi (but no 802.11ac) and Bluetooth 4. 4G LTE versions of all models are available for around $150 extra. With this being an Apple product, it isn’t surprising to find a comparative dearth of ports and sockets: the iPad mini possesses only the single Lightning charging point and 3.5mm audio jack, with no potential for storage expansion at all.
With this in mind, we’d recommend buying the 32GB model; once you start loading it up with a few games, digital magazines and movies, you’ll find yourself rapidly running out of space if you opt for the 16GB model. Both Wi-Fi and 4G LTE models also come in 64 and 128GB capacities. If that’s a negative point, it’s worth bearing in mind that the breadth and quality of tablet-specific apps in the Apple App Store remains superior to that available on Google Play, as does the selection of accessories. Once you’ve purchased an iPad mini, there’s a huge variety of stuff out there to go with it.
The iPad mini with Retina display is a superlative piece of hardware, then, and it has the best software and accessory ecosystem. The high price places it behind the Nexus 7 overall, but if you’re looking for top quality and money is no object, then this is the tablet we’d recommend.
Verdict
A brilliant compact tablet with a reassuringly expensive price tag, the Apple iPad mini with Retina display delivers on all fronts. Read the review.
Peformance
Features & Design
Value for Money
Overall
Copyright © PC Pro, Dennis Publishing
Copyright © PC Authority, nextmedia
Tags:
2014 apple ipad mini retina hardware ipad ipad mini ipad retina retina review
By Staff Writers
Dec 22 2014
8:43AM