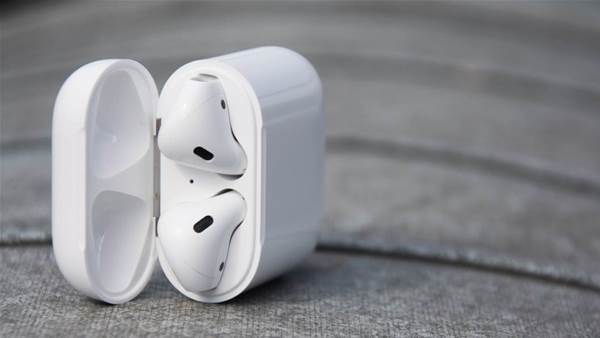 Apple’s new wireless earphones look to be ideal companions for iPhone 7 users. We review the AirPods to see how they stack up against the alternatives.

Apple’s decision to remove the headphone jack from its latest iPhone 7 and iPhone 7 Plus handsets attracted plenty of criticism. Sure, they included an adapter in the box that will connect regular headphones to the Lightning socket, but it won’t charge at the same time. For that you’ll need an audio-power adapter that the likes of Belkin is selling for around $60.

However, a more elegant solution is a set of wireless headphones, and it’s hardly surprising that Apple has got in on the act with its new AirPods earphones.

Originally due in October, the AirPods’ release was delayed because they “weren’t ready”, according to Apple. They're finally on sale now, but while the AirPods would otherwise be an ideal addition to our gift guide series, the recipient might have to wait: at the time of publication, Apple’s online store was estimating a delivery time of six weeks.

And at $229, the AirPods aren’t cheap. We tested them for several days to see if they’re worth the price and the wait.

Imagine cutting the cables off your regular EarPods and then putting them in your ear – that's exactly how AirPods feel.

So if you like EarPods, you’ll like AirPods – only more, because the major benefit of not having wires, aside from not having to untangle them several times a day, is the improved grip. We gave this a rigorous testing and the only way these were likely to fall out of our ears was to take a big tumble.

Free from wires, nothing tried to pull the lightweight AirPods from our ears. This resulted in a surprisingly comfy in-ear fit. 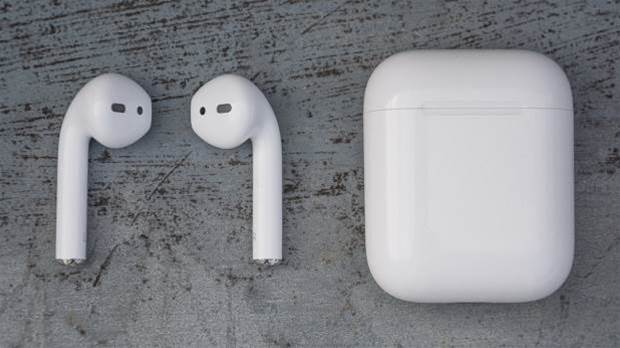 It’s surprising how liberating it is not to have wires hanging from your ears. Traditional earphones are hardly debilitating, but the way the AirPods rest in your ear is really something you have to experience.

But aren’t you likely to lose them?

We thought the same thing when we first tried them. However, this is where the charging/carry case comes into play. We soon got used to slipping the AirPods into the case and carrying it around with us – with the extra benefit that the earphones get charged too. It really is the perfect place to put AirPods when you’re not using them.

AirPods sound better than any headphones Apple has made to date – and they’re louder too. Turn the volume up to full on your Music app and the sound falls just on the right side of uncomfortable. Play music at a more sensible volume and the sound quality is very clean and true.

The hard-shell design Apple persists with is an issue, though. Yes, they look nice, but having a one-size-fits-all shape brings problems with sound leakage (not to mention fit). Wear these on the train and the rattle and screech of carriages will once again drown out podcasts. Listen to loud music in the office and AirPods will annoy your colleagues.

There’s room for improvement here, but for the most part, sound quality is very good.

There’s good and bad news when it comes to battery life. The good news: the charging case will give your AirPods enough power to last 24 hours. The bad news: each Pod has a maximum battery life of five hours from a single charge, so you’ll have to charge them multiple times to achieve the advertised 24 hours.

This doesn’t sound great on the face of it, but we’ve been trying – and failing – to test the five-hour battery life for days now. It quickly became habit to slip the headphones back into the case when not using them, where they immediately begin charging again.

The reality of day-to-day life is that it’s very difficult to find the time to listen to audio for five hours straight. Also, you can use any iOS 10 device to check the battery life of your AirPods and charging case at any time.

Connecting AirPods to the iPhone 7

Being able to pair AirPods to an iPhone is our favourite thing about these headphones. Simply flip open the charging case and put them next to your iPhone. A message will flash across your iPhone screen, and then all you need to do is press Confirm. That’s it. 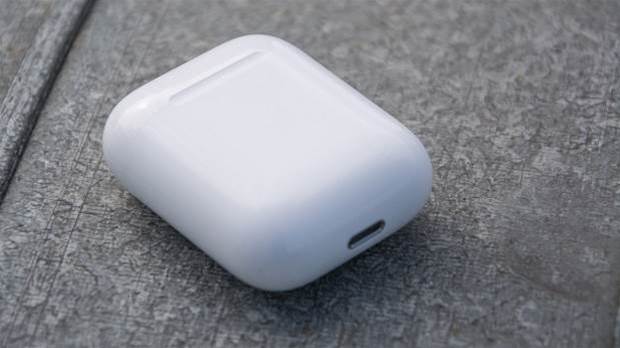 The next thing you’ll hear is a satisfying low ding to let you know they're ready to roll. Once in position, they have a couple of neat party tricks. The first is a simple double-tap, which is the cue for Siri to say hello – the AirPods have microphones built in, so you can ask Siri a question without touching your iPhone.

The second trick is a simple but brilliant one. Apple uses infrared to tell when a Pod is in your ear. Take one AirPod out of your ear and your music will automatically pause. Put it back in and music resumes.

Apparently, you can use the AirPods with other phones, like any other Bluetooth device, but you won’t get the niceties such as Siri support, of course.

AirPods aren’t meant for everyone. Many will be happy enough with the EarPods that come in the box with the iPhone 7. But the AirPods are meant for people who want to free themselves from a life of tangled wires and a physical tether to their phones – or who want to be able to charge their iPhone 7 and listen to music at the same time.

If you have the money to spend and want wireless earphones, these won’t disappoint.