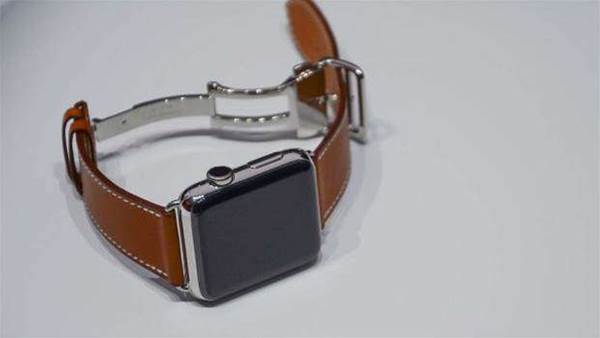 Apple's new smartwatch gains GPS, water resistance and other improvements, but it is worth the hefty price?

The first Apple Watch had its flaws. The interface was complicated and apps were slow. Battery life was adequate but not outstanding. And it seemed like a solution in search of a problem: other than getting alerts on your wrist, what was the watch actually for?

With Apple Watch Series 2, and the simultaneous launch of watchOS 3, Apple is giving a clear lead that the device is, first and foremost, about fitness. Yes, it's still a good watch and does alerts really well, but all the talk is about fitness.

If the biggest criticism of the first Apple Watch was its speed – or rather, lack of it – then the Series 2 answers this very well indeed. The new watch is significantly faster. Apple rates it as 50% quicker, and combined with watchOS 3 it’s much more usable.

Externally, not much has changed, although the Series 2 is a little thicker (0.9mm to be exact). This, along with a few other internal changes, has allowed Apple to upgrade the battery, which is now 273mAh in the 42mm version compared with the 205mAh battery on the original watch.

This increase in battery size doesn't hugely increase the overall battery life, although you might find that in regular use you get a couple more hours out of it. This isn't a watch you can wear for two days running, but it is one that you can eke out a day and a half from, which could make all the difference if you're stranded somewhere overnight without a charger, or you leave yours at home when you go away for the weekend. 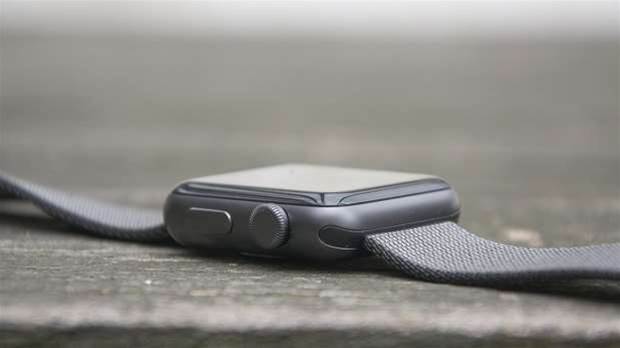 Internally, there's a larger Taptic Engine that gives a slightly more pronounced click, and also a second microphone. This additional mic serves a single, vital purpose: it makes Siri much more accurate on the Series 2 Watch than on its predecessor. Siri always seemed less accurate on the original Apple Watch than on iPhone. The Series 2 doesn't entirely solve this, and it still makes noticeably more mistakes in voice recognition than the iPhone, but it's much better with the new Watch – and a little bit faster.

One of the flagship new features, however, is increased water resistance. The Apple Watch has always had a degree of water resistance – it was rated for immersion in one metre of water for one minute – but the Series 2 takes this forward. A long way forward. Now, rather than simply being splashproof (or at your own risk shower-proof), you can swim with it at depths of up to 30m.

The way this works is a classic piece of Apple design: clever, economical and efficient. When you set swimming workout mode in the Workout app, it locks the screen to prevent accidental screen touches (because water conducts electricity and the screen uses capacitive sensors, a flow of water over it can “feel” to the watch like a finger's pressure). When you're swimming, it senses your stroke pattern and the distance travelled, in order to gauge how good a swimmer you are. This lets it give a more accurate set of data for your workout, based also on your gender, height, weight (if it knows it) and age.

Once you've finished the workout, you spin the digital crown and the Watch makes a strange sort of chirping sound. This is actually a tone being played through the speaker, which ejects any water in the speaker chamber, thus helping keep water out of the device.

One word of caution: if you’re going to swim with the Apple Watch, try and make sure it's with a Sport band. Although leather and fabric won't immediately die when wet, in the long-term, they won't thank you for being immersed, especially if it's chlorinated swimming-pool water.

The biggest new feature for anyone interested in fitness is likely to be the inclusion of GPS. The lack of GPS in the previous version meant that if you were a runner, hiker or walker, you needed to keep your phone with you if you wanted to accurately track your speed, altitude or where your route took you. Now, you're untethered from the phone, at least for location data.

Apple highlighted the ability of the GPS in the Apple Watch to lock onto a satellite quickly, something that's essential if you don't want to be waiting around to start your run. It does this by using assisted GPS (A-GPS), which essentially means it uses the Wi-Fi built into the Watch to narrow down where it's located prior to starting its search for satellites. Once it has a rough location, it can then use this data to work out where satellites should be depending on your location, date and time, leading to a significantly faster lock-on.

In use, it's close to instantaneous, although your surroundings will always affect how fast your device can lock onto a satellite. In urban areas, with multiple high buildings surrounding you, this is more tricky.

The launch of the new Apple Watch also marks the release of watchOS 3, which is a major step forward for the platform. We'll review watchOS 3 in depth soon, but in the meantime, it's worth looking at some of the fundamental changes as they apply to the Series 2.

The first and probably most important change is the behaviour of the side button. On older versions of watchOS, this was used for to show a list of contacts, and let you quickly send them messages, calls or various slightly cheesy heartbeats and taps. A quick poll of all my Apple Watch-using friends revealed that it went unused for the most part. A waste of a really good button.

In watchOS 3, the button brings up a dock with your favourite applications in it, as well as the ones you've used most recently. Apps in the dock are stored in memory until the watch needs more space, at which point they're purged in chronological order, oldest to most recently opened. 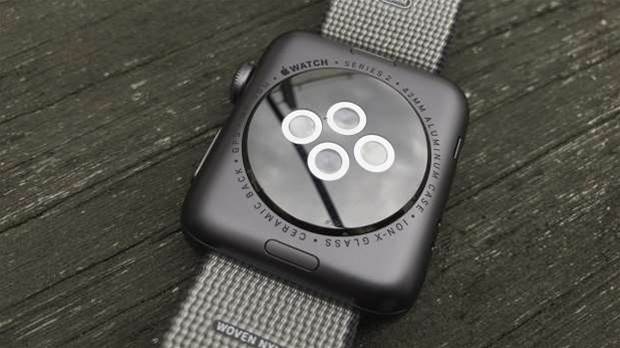 Because the apps are stored in memory rather than being pulled from the iPhone every time, they're much quicker to open. If they've been rewritten for watchOS 3, they can also pull data from the phone in the background, rather than on request, which means that the whole experience is much smoother. I tested this using a beta version of the excellent task-management tool OmniFocus, and found it to be basically instantaneous to launch and use, with none of the lag I experienced with earlier watchOS versions.

Why is this important? Because up until now, using apps on the Apple Watch has often been a frustrating experience for users, which meant people largely avoided them. That, in turn, reduced the incentive for developers to create great, unique, Watch apps. Now, hopefully, developers will start to look at Apple Watch apps again.

Apple's focus on fitness with Apple Watch Series 2 is entirely justified. The addition of GPS makes this a much better watch for anyone doing outdoor fitness, and the water resistance and swimming features mean it's now much more versatile.

The fitness angle also makes it a much easier sell. People understand the idea of a device that sits on your wrists and counts steps, exercises and heart rate. They don't necessarily understand why you would use a watch as a wrist communicator, or a platform for apps, or for any one of the other hundred things that you could use a wrist-based computer for.

However, don't let this make you think that the Apple Watch is only for fitness fanatics. If you're not interested in fitness at all, then you're still getting a stylish and powerful smartwatch with a great notification system and a broad selection of apps – a selection that, thanks the performance gains in watchOS 3 and on the Series 2 watch, I think will grow and become more powerful and useful.

Of course, this is an Apple product, and you're going to pay for the privilege. Pricing starts at $529, the ceramic version costs an eye-watering $1,799, while the Hermes versions start at $2,349.

Yes, there are cheaper smartwatches about, but this is very much a case of you getting what you pay for. If you were tempted by the original Apple Watch but held out, the Series 2 should seal the deal, with additional speed, waterproofing and GPS, while retaining the lovely design of the original. It's a smartwatch people will genuinely want to wear.