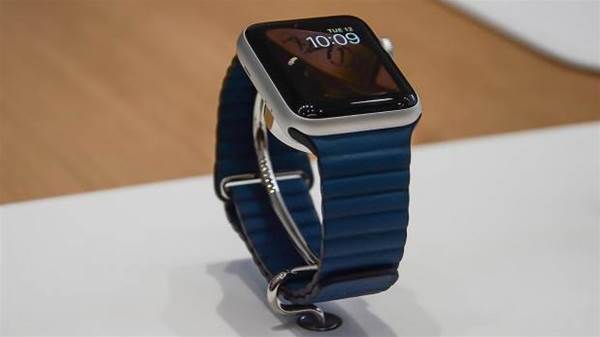 Apple’s latest smartwatch may look the same as the previous model, but how you’ll use it just drastically changed.

Apple Watch tends to divide opinion. People live by it, can’t see the point of it or baulk at the design, not to mention the price.

Yet, despite reports of falling sales, Apple announced at its recent keynote that the Apple Watch is now the most popular watch brand in the world, overtaking Rolex and Fossil. This may explain why the company is seemingly ploughing ahead with the Apple Watch Series 3, or Watch 3 for short.

The latest iteration of Apple’s Watch OS-powered wearable looks almost identical to the Series 2 and offers the same waterproof features, but now ships with one game-changing feature: it has 4G.

The digital crown and power button are on the right-hand side of the face. On the opposite side are the ports that expel water from the device and the speakers. On the underside is the LED used for tracking heart rate and the wireless charging sensor encased in glass. 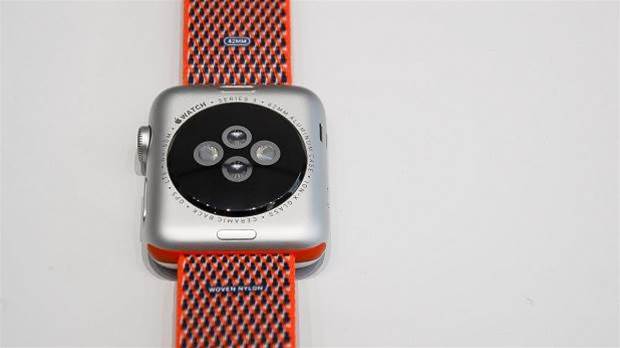 The main visible difference on the Apple Watch 3 is its bright red digital crown, likely designed as a status symbol so people know you’re wearing the latest model rather than its predecessor. I can’t think of any other reason why you’d whack such a strong colour on what is largely a subtle casing; it’s a shame because it sticks out a mile.

Overall, the Watch still looks chunky on the wrist and doesn’t sit comfortably under long sleeves but we’re happy to make this sacrifice for the number of sensors packed inside.

Having partnered with various carriers globally – including Telstra, Optus and Vodafone in Australia – the Apple Watch 3 is a “full 4G LTE” wearable that switches to data when it is away from an iPhone.

The technology works via e-SIM, which means there’s no need to install a physical SIM card. The downside to this capability is that you can’t use the 4G version of the Apple Watch 3 without having mobile phone contract with a compatible service provider.

The upside is you no longer need your iPhone when out and about. Previous versions of the Apple Watch were a little redundant without a phone and some of the best features, namely the fitness apps, couldn’t be used on their own. With the Watch 3, you can go running, track data and listen to music without having to worry about strapping a phone to your arm or sticking it in your bag.

It’s also possible to make and receive calls via wireless headphones (Apple’s excuse to sell more AirPods), see messages and notifications. This is a game changer and makes the Apple Watch 3 a more viable investment.

Inside the Apple Watch Series 3 is the S3 chip, Apple’s third-generation, dual-core wearables processor designed to open apps quickly and make graphics smoother. The Watch is slick, but not noticeably superior when compared to previous models.

You can now enable Siri by saying “Hey Siri” without touching the digital crown speak, which has its benefits when you don’t have your phone, but Siri is nowhere near as accurate as Alexa or Google Assistant in our experience. Plus, so many commands require you to unlock your phone (such as sending a WhatsApp message), that I found little use for it on the Watch.

Teardowns have revealed the Apple Watch 3 battery has a capacity of 1.07Wh (279mAh at 3.82 volts), which is a 4% boost over the Series 2 and 32% on the Watch Series 1. These numbers are almost redundant, though, because Apple quotes the same standard, 18-hour runtime across all three models. This should give you “90 time checks, 90 notifications, 45 minutes of app use, and a 30-minute workout with music playback from Apple Watch via Bluetooth.”

In our tests, this sells the Watch 3 a little short. At the time of writing our 38mm Watch is on 42% and this after using it from 5.30am the previous day, taking it off at 10pm and with 30 minutes of exercise, for a total of 24 hours so far. The longest we’ve got from the Watch was when it pushed into a third day, totalling a highly impressive 40 hours, with an hour of moderate exercise.

At the same time, we’ve also noticed the battery on our iPhone 8 Plus lasts longer as we split usage across the two devices.

Another thing that hasn’t changed all that much is that the Watch 3’s still charges using Apple’s proprietary MagSafe charger, and doesn’t work with Qi-enabled plates like the iPhone 8 Plus does. We don’t know the full details of Apple’s AirPower plate but, if as the pictures attest, the Watch 3 will work with the AirPower, the plate must have both MagSafe and Qi technology inside.

Apple Watch 3 runs watchOS 4 with an updated Heart Rate app that lets you track your pulse more accurately than before. You can additionally choose to receive a notification when your heart rate becomes elevated above a threshold while inactive. This could be a sign of a heart condition and the app will let you monitor it. I particularly like the updated heart rate feature as it’s a great indicator of changing fitness and stress levels, and I’ve used it far more than I expected I would.

Other watchOS 4 features include a Siri watch face that shows the “information users need most throughout the day”, a new Workout app with clearer display and, with GymKit, you’ll soon be able to sync your Apple Watch 3 to compatible gym equipment. As part of the refresh, the Nike Run Club app has been updated to add Audio-Guided Runs, voiced by Nike coaches and athletes, and the Cheers feature lets friends send audio-based cheers.

As with previous models, the on-watch apps are necessarily somewhat limited. To get any real insight into your activity or heart data you have to open the Health app on your phone. And while it is possible to send simple replies to messages you’ll still need your phone for majority of the legwork making the 4G elements less useful. 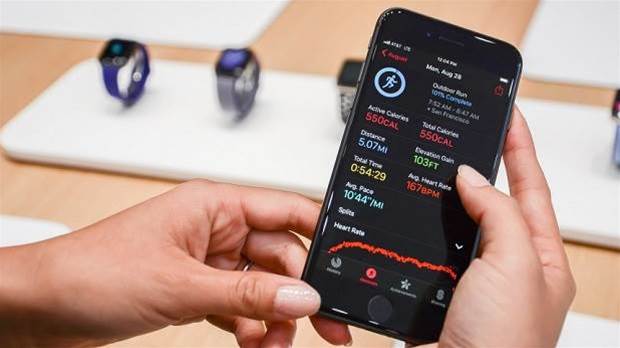 Concerningly, a number of major developers have pulled their apps from the Watch App Store in recent months, including Google Maps and Twitter, claiming notifications are mirrored so a standalone app is no longer needed. This shouldn’t make a huge difference, Apple Maps is still available (even if it is a substandard alternative) and Twitter posts still get pushed to the device, but is worth noting.

The Apple Watch 3 is now, more than ever before, a fitness focused wearable and it has been since the Series 2 update. It continues to do a great job. I’m now more acutely aware of how much - or in some cases, how little - activity and exercise I’m doing. It’s shocking how few hours in the day I stand for a minute or more, for instance.

The Workout app is where it all happens and it’s as fully featured a piece of wearable fitness software as I’ve ever come across. You can track a huge number of different activities, from gym sessions to hiking and cycling, plus a whole load more, but it’s the small touches that make all the difference. For instance, you can combine workouts by stopping one and starting another, and the app will pause if you need to stop at traffic lights while running.

It’s when swimming that the Apple Watch 3 comes into its own, though. You’re probably never going to stop being nervous about submerging an expensive piece of kit in chlorine-laced water but the Apple Watch 3 works just as well in water as out of it; even the touchscreen continues to work, making it easy to start and stop workouts.

We love how the watch tracks laps and length (it still can’t detect stroke types, though), while the added heart rate data gives you an all-round summary of your activity – a real boon for anyone trying to lose weight or improve their times and fitness.

With the advancements in software, the Apple Watch 3 moves closer in terms of accuracy and function to the Garmin Swim, for example, while offering more smartwatch and day-to-day features.

The standard Apple Watch 3 comes in gold, silver and black aluminium while the stainless steel model comes in black and silver only.

The new Apple Watch 3 Hermes model is available in silver, the Nike+ range comes in silver and black aluminium, and the white and black ceramic models are only available on the Apple Watch 3 Edition. The latter is sold with GPS and cellular by default.

There are new Watch straps from Nike, Hermes, and Apple itself, including a range of quick-drying, Velcro sport bands. The Woven Nylon has been updated with a new pattern, while the Apple Watch Edition expands to include a dark grey ceramic case that pairs with a new two-toned Sport Band.

Continuing its partnership with Nike, Apple is also launching platinum/black Nike Sport Bands and Sport Loops later this year, and Apple Watch Hermès models come with a new collection of bands including the Single Tour Rallye, inspired by the Hermès driving glove and the Single Tour Eperon d’Or, inspired by the equestrian scarf pattern designed by Henri d’Origny in 1974 - both in calfskin.

Suffice to say, there are myriad customisation options to help you match your style (and budget).

For swimming, we recommend getting the material sport band over the standard fluoroelastomer one. It fits perfectly on the wrist, is fully adjustable thanks to the Velcro, and although it looks like it would be rough, it’s soft and dries so quickly you can see the water leaving the band in seconds.

The biggest bugbear we had with previous Apple Watches was their reliance on the phone. Apple Watch 3 solves this. Yes, you’ll need to spend more for the GPS + Cellular model: at least $559 with a 38mm case or $599 for 42mm. However, it’s likely to have a much longer shelf-life and will be genuinely more useful than before.

The Apple Watch 3 comes in a GPS-only model for $459, but we’d recommend spending the extra for the additional features. You can, of course, go all out and buy the $1,829 Apple Watch Edition with GPS and cellular if you’re really keen. Note, though, that for all models you need to be running iOS 11 on the connected device, while the Apple Watch Series 3 (GPS + Cellular) requires an iPhone 6 or later.

Telstra and Optus offer longer-term repayment options – Vodafone’s offer is “coming soon” – although you will need to have a mobile phone contract with that provider. You’ll also need to pay an extra $5 per month for Telstra’s One Number or Optus’s Number Share service to use the Watch 3’s 4G capability and share your mobile phone number with the watch.

The Apple Watch 3 is a great smartwatch; the best in the business in our opinion and this is its most impressive outing yet. But if the price looks too high, you’re not bothered by the GPS, cellular or the swim-tracking features, there’s another option. The Apple Watch (known as Series 1) might be all the smartwatch you need, and it costs a much more reasonable $359.