Apple MacBook Air reviewed: no Retina screen, but still more enticing than before 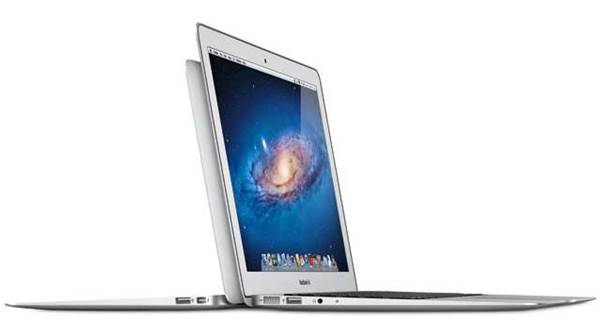 We were desperately hoping the MacBook Air would get the Retina screen it deserves, but Apple has reserved that upgrade for professionals. Instead, both the 11in and 13in MacBook Air models have received a relatively modest spring clean for 2012.

I have read and accept the privacy policy and terms and conditions and by submitting my email address I agree to receive the Business IT newsletter and receive special offers on behalf of Business IT, nextmedia and its valued partners. We will not share your details with third parties.
Apple has opted to leave the physical dimensions as they were: it’s still 17mm thick at the rear, tapering to almost nothing at the front. The Thunderbolt port is now joined by two USB 3 ports, and labels have been moved to the near side of each port to make them easier to see.
All of the new MacBooks use the MagSafe 2 power adapter (compatible with the original MagSafe via a $11.99 adapter), which sees the cable extend directly outwards rather than flush with the chassis. We saw nothing at all wrong with the old design, and if anything the new one seems more prone to popping out accidentally. 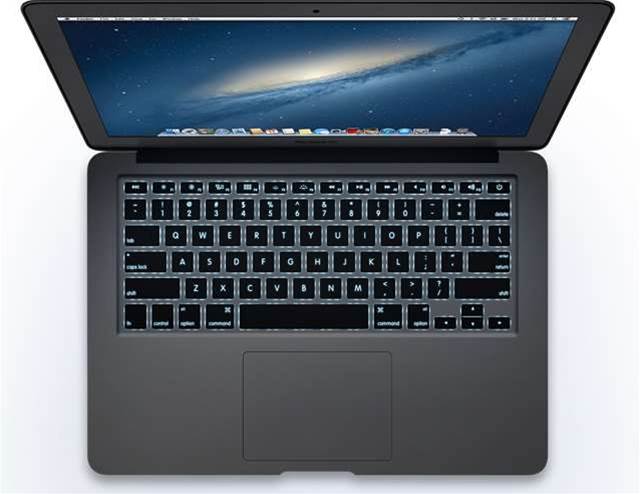 The bigger changes occur inside, with the headline being the introduction of Intel’s Ivy Bridge processors. Starting with the 13in MacBook Air with a 1.8GHz Core i5-3427U, its benchmark score of 0.72 is way up from 0.58 last year. The now-standard 4GB of RAM certainly helps, and the new HD Graphics 4000 core also plays its part. In Crysis at the native 1440 x 900 and Low quality it averaged 40fps, up from 30fps last year – and it even managed 23fps at Medium quality.
As for the 11in model, its 1.7GHz Core i5-3317U powered it to 0.66 to beat last year’s 0.56. In Crysis, its average of 37fps at the native 1366 x 768 and Low quality is 6fps quicker than the 2011 model. At that resolution and modest settings it won’t feel particularly cutting edge, but the fact this little thing is such a capable gamer shows just how well rounded Ivy Bridge is.
That extra power comes at little cost to battery life – in OS X we eked 11hrs 16mins of admittedly very light use from the 13in model, and 8hrs 20mins from the 11in.
Screen
On both models the screen is fantastic. Our 13in sample had a screen brightness of 336cd/m2 and an 862:1 contrast ratio, and to prove how good the colours are, we measured an average Delta E of 2.2.
Conclusion
And that’s it. If you bought a MacBook Air last year, there frankly isn’t enough here to warrant an upgrade, but if you didn’t, there’s one more treat in store: prices for both 13in models and the higher-specification 11in have been slashed, making them cheaper than the 2011 models.
It was an attractive enough proposition before, but the 2012 MacBook Air sets the bar exceedingly high for the impending wave of Ivy Bridge Ultrabooks.
Verdict
There is no Retina screen for now, but a new Ivy Bridge chip and a price drop make the tiny new MacBook Air laptops even more enticing. Read the review.
Performance
Features & Design
Value for Money
Overall
Specs
11in $1099 AUD
13in $1349 AUD
(pricing info)
Copyright © Alphr, Dennis Publishing
Tags:
11in 13in 2012 air apple hardware macbook retina review
By David Bayon
Sep 14 2012
2:40PM