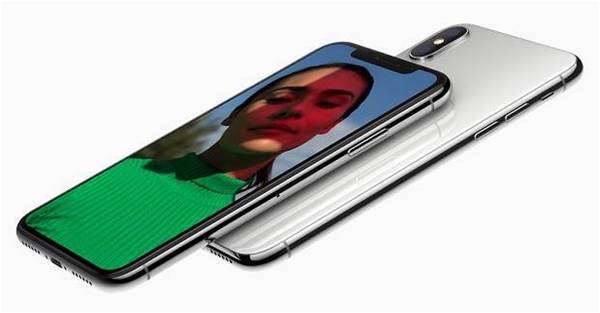 It’s Apple’s best smartphone ever – but you’ll sure pay for that privilege.

The iPhone X – pronounced iPhone “Ten” – is the expensive flagship handset Apple developed to mark the tenth anniversary of the original iPhone and it’s startlingly similar to the Samsung Galaxy S8.

Yet labelling the iPhone X as little more than a look-at-what-Samsung-is-doing in the smartphone space is a little unfair. Of course, Apple hasn’t always been at the forefront of tech – it added NFC long after Android phones and is jumping on the augmented reality bandwagon more than a year since Pokémon GO’s peak – but it has been instrumental in bringing many technologies to the mainstream.

Apple has the uncanny knack of waiting until consumers are ready to embrace these changes, rather than getting ahead of them. And this is exactly what it’s done with the iPhone X.

Apple deliberately saved its high-end features for the iPhone X and it’s unlike anything it’s released before.

It has the largest screen of any iPhone, at 5.8in and it stretches from edge to edge like those seen on the Samsung Galaxy S8. This screen is Apple’s first foray into OLED displays, too, and to fit the larger screen onto the device the home button has been ditched. Instead, there’s a 'notch' that houses the phone’s Face ID camera (more on which later).

You’d imagine this might make the handset feel large, but by maximising screen size without increasing the size of the handset, the iPhone X feels smaller than the iPhone 8 Plus. In fact, it’s closer in design and feel to the original iPhone than any of its recent predecessors. 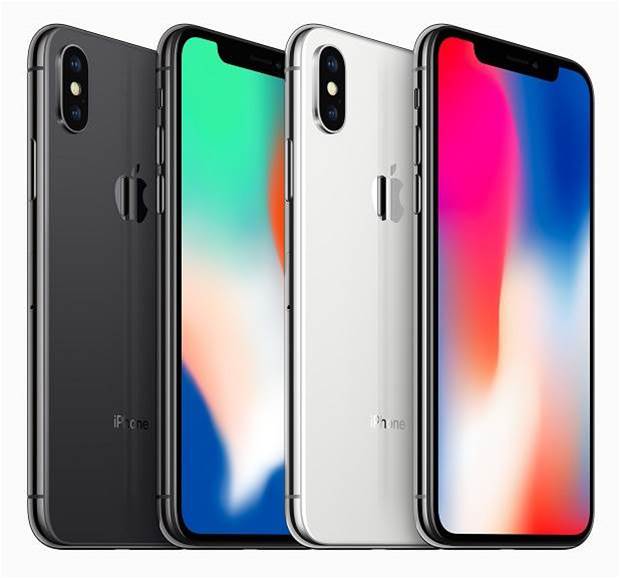 The iPhone X is available in white with a chrome silver trim, and black, with a shiny dark grey trim, and is reminiscent of the iPhone 3GS in look if not build quality. This is a bold move away from its range of previous colours – and while there’s no denying it’s a classy looking phone, it’s lost that trademark iPhone look. In fact, with its screen switched off it’s reminiscent of flagship Android phones like the Galaxy S8.

Made predominantly from glass reinforced with steel, a design move enforced by the inclusion of wireless charging, the handset has a habit of picking up fingerprints ridiculously easily. This glass panelling doesn’t feel as cold as the metal handsets of yore, though, and there’s something reassuring about how its warmth adds to how attached you feel to it, even after a couple of minutes of use.

Aside from the lack of home button, most other design features remain. The power and volume buttons are where you’d expect, preserving a modicum of familiarity. The iPhone X has IP67 dust and waterproofing and there’s still no 3.5mm headphone jack, sadly.

To compensate for the lack of home button, Siri and Apple Pay features have moved to the side button, which also needs to be clicked when installing apps. You also now take a screenshot on the iPhone X by holding the right-hand button and volume up together, which feels very “Androidy”. The camera bump is fitted vertically rather than horizontally on the rear (to make room for the Face ID sensors) and this makes the phone noticeably wobble when placed on a flat surface.

The unsightly notch mentioned before, which encroaches from the top edge of the screen, replaces the Touch ID home button and it brings with it a new form of biometric authentication: Face ID. 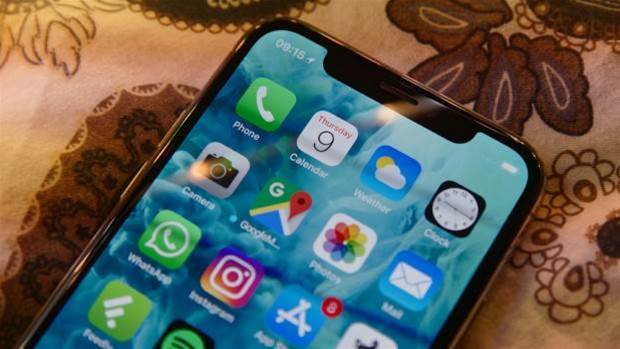 Powered by Apple’s so-called TrueDepth camera system, this includes a number of sensors designed to recognise a person’s face, including a dot projector, infrared camera and flood illuminator (a fancy name for what is effectively a flash), all of which work together to scan your face when you look at it for the purposes of unlocking the phone and authenticating Apple Pay transactions.

We were cynical at first but Face ID is incredibly slick and swiping up from the bottom of the screen as the phone unlocks soon becomes second nature. Setting up Face ID is far simpler than adding a fingerprint too, you simply roll your face in a circle, and it’s amazing just how smoothly all those sensors work with such little interaction.

Face ID works effortlessly with glasses and without, and even performs in dim or dark conditions. By comparison, Samsung’s iris recognition tech doesn’t work at all if you’re wearing glasses.  Although we’ve had more failures with Face ID in the dark than at any other time, we’ve had only a small handful of failures in the two days we’ve been using it.

Moreover, Apple has built in a certain degree of protection against accidental unlocking – a system Apple calls Attention-Aware, which checks that you’re awake and alert before unlocking the phone. Of course, the standout feature of this tech is the ability to create Animojis, which use the Face ID camera to transform your facial expressions into a singing poop or unicorn. Completely pointless but fantastic fun and a sign that Apple doesn’t always take itself too seriously.

One frustration with Face ID is that it’s not as easy to open the device when it’s on a table as it is with Touch ID and using it to pay for stuff via a contactless card reader (on the London Underground, for instance), now involves having to double tap the side button and look at the phone before placing it on the terminal.

There’s another knock-on effect from the loss of the home button, too. One of these is that the Control Centre is now accessed by swiping down from the tiny space to the right of the notch instead of the more straightforward swipe from the bottom of the screen.

We’re also not too keen on the new action for bringing up the iPhone’s notifications – a swipe from the very top of the screen, just below the notch – which, to us, feels fiddly and very Androidy.

Getting to the recent apps view is a little more intuitive. You drag your thumb up from the bottom of the screen and hold it there for a short while. However, it’s no longer possible to simply swipe your apps away; instead you have to press and hold and then click the red ‘delete’ icon. A small yet significant annoyance.

Apple has consistently made great cameras. They may not always be the best in the market (the Google Pixel 2 currently takes that crown) but the iPhone X camera, like the iPhone 8 Plus, captures photos reliably and shoots detail-packed, steady 4K video.

On its rear, the iPhone X has two 12MP rear cameras, both equipped with OIS (optical image stabilisation) and phase detect autofocus. One is a wide-angle f/1.8 camera, the other a 2x telephoto “zoom”. The latter offers slightly brighter aperture at f/2.4 than the iPhone 8 Plus’ telephoto camera, but otherwise, it’s the same setup. 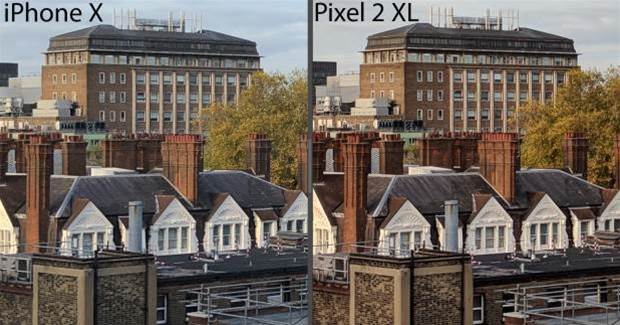 That means performance across the board is pretty similar with excellent results in both good and bad light. It may not reach Pixel heights but the iPhone X’s camera is right up there with other rivals, such as the Samsung Galaxy Note 8. 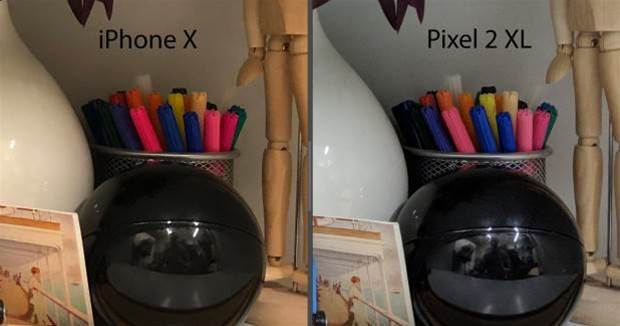 There is one oddity, though. While the brighter aperture of the zoom lens ought to translate into less noisy images in low light, what seems to happen is that when the light dips, the software simply switches to the wide-angle camera and crops the image. That’s disappointing, and it impacts on image quality.

Still, that’s a small complaint, and for the most part the camera works brilliantly. Portrait mode works as nicely as ever and, for the first time, this mode is available using the front-facing 7MP camera; a way to turn your selfies into professional-looking snaps at the touch of a button. It’s not as good as the rear camera at producing flattering photos but it’s certainly a positive addition.

Next: display, performance and verdict