Apple iPhone 5s vs 5c: which model should you buy? 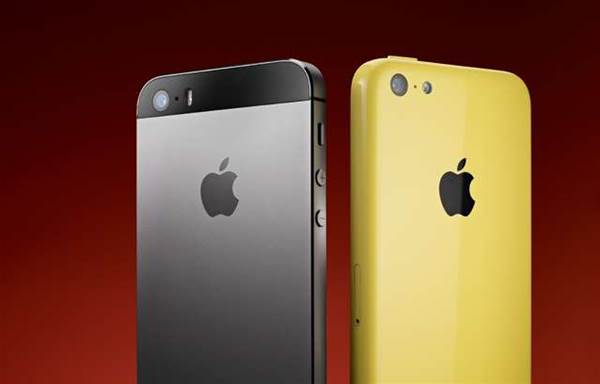 Apple stepped out of its comfort zone when it launched the iPhone 5c alongside the iPhone 5s in September. It was the first time the company had debuted more than one smartphone at an event, putting iPhone owners in a quandary.
In years gone by, there were two questions when it came to forking out for an iPhone: when to upgrade, and how much storage to opt for. Now there’s another decision to make: which model should you buy?
Newsletter Signup 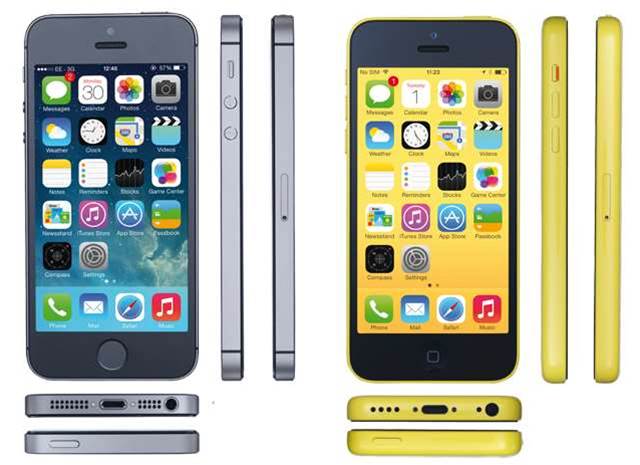 At first glance, the new iPhones look dramatically different – while the 5c is hewn from brightly coloured polycarbonate, the 5s comes in three stylish, understated metal finishes. In the hand, though, they’re both unmistakably iPhones. Apple’s decision to stick with 4in screens means both phones remain among the most pocketable smartphones on the market, and the ports, switches, buttons and speaker grilles sit in familiar locations.
The dimensions are similar to the previous version, too. In fact, the 5s and 5c are separated only by a millimetre or so all round, with the biggest differences being weight and thickness: the 5c is 1.4mm thicker than the 5s, and 20g heavier.
In terms of feel, however, the two couldn’t be more different. The 5c’s plastic case feels sturdy and well constructed – thanks to a steel endoskeleton – but it doesn’t ooze the same high-end charm as the 5s, which carries the gleaming aluminium chassis of its predecessor. With the 5s adding a “space gray” colour to the mix, and a surprisingly tasteful gold version, it’s in a different class entirely.
Touch ID and display 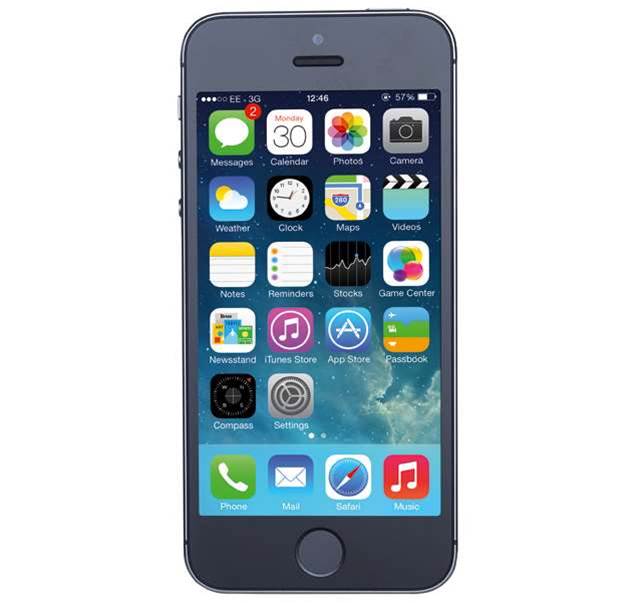 The most interesting difference between the two handsets is the iPhone 5s’ fingerprint sensor, which is built into the home button. Used to unlock the phone and authorise iTunes purchases, it’s a far cry from the unreliable swipe sensors we’ve seen built into business laptops over the years.
Once you’ve registered a thumb or finger with the phone, it’s a simple matter of resting the digit on the button to unlock the phone or authorise a purchase in place of a password. It works reliably and is genuinely convenient.
The screen, however, is the same on both handsets, and in terms of quality, it still holds its own. It’s a 4in, 640 x 1136, IPS display with a pixel density of 326ppi and a maximum brightness in excess of 500cd/m2, which makes both phones readable in all but the most extreme conditions.
Whether or not 4in is big enough in this day and age is another question entirely. Next to rivals from HTC and Samsung, both handsets look tiny, and for some jobs – browsing the web and typing long text messages, for instance – both feel cramped.
Cameras 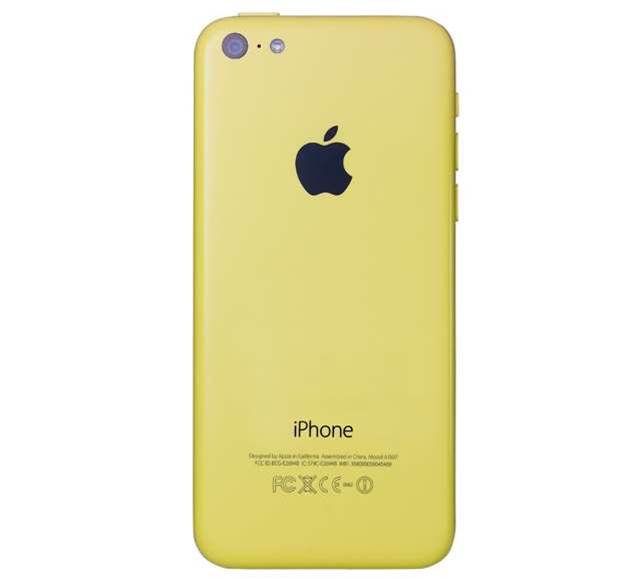 On paper, there isn’t much to separate the cameras, either: both phones feature an 8-megapixel rear camera and a 1.2-megapixel snapper on the front. It’s only by looking at the specifications, and comparing the images, that you begin to notice the differences.
The iPhone 5s’ rear camera has a 15% larger sensor than that of the 5c, and a wider aperture – f/2.2 compared to f/2.4. This suggests superior light-gathering capability, and should lead to cleaner snaps in low light. The 5s also has an improved flash, dubbed True Tone, which uses a secondary, coloured LED, ostensibly to produce more balanced indoor photos.
In our tests, we found the 5s captured more detail with lower noise in low light than the 5c, and images generally looked sharper as a result. The flash produced more natural-looking images and retained skin tones, too, whereas the 5c’s single-LED flash washed out faces significantly.
On the video front, the 5s has “improved” stabilisation over the 5c; the difference is there, but it isn’t very noticeable. There’s also a fun slow-motion video mode – which harnesses the 5s’ ability to record 720p video at 120fps – and a fast burst mode that can take ten photos per second.
The 5s’ camera is clearly the superior all-round snapper, with more features and better performance in low light than the 5c’s.
Performance and battery life
Under the hood, the two handsets are fundamentally different. Both handsets have 1GB of RAM, but while the 5c employs the same core hardware as the iPhone 5 – a 32-bit 1.3GHz dual-core Apple A6 CPU – the 5s features a faster, 64-bit processor, the dual-core 1.6GHz Apple A7.
It isn’t yet clear what benefit 64-bit can bring to a device with only 1GB of RAM, but it’s obvious from our tests that the Apple A7 is a monster. In the SunSpider browser test, it finished with an average time of 404ms; the 5c completed it in 718ms. In the Geekbench 2 CPU test, it attained a score of 2246 versus the 5c’s 1645. In the GFXBench T-Rex HD gaming test, it returned a stunning result of 37fps, compared to the 5c’s 13fps.
No other smartphone we’ve tested can match the 5s’ all-round level of performance; only the Samsung Galaxy S4 gets close, with a faster score in Geekbench, but slower scores elsewhere. But what’s even more impressive is that all this extra juice doesn’t cost battery life. In our 24-hour test, in which we perform a selection of core tasks (screen on for an hour, a 50MB data download over 3G, a phone call of 30 minutes and audio playback) then leave phones syncing in standby, both handsets retained 60% capacity after 24 hours.
Verdict
Not much else is different. Both phones run iOS 7 by default – which has its detractors, but works fine on each. Both support all current 4G bands, and neither features NFC or 802.11ac Wi-Fi.
However, it should be clear by now that there’s only one handset in the running when it comes to winning this particular race – it’s the 5s, and by several lengths. It’s lighter, faster, more desirable, has a better camera, and is considerably more innovative than its plastic-coated cousin.
It’s still an expensive handset, and arguably offers less value for money than the A-Listed HTC One, but next to the 5c – which is only $130 cheaper SIM-free – it’s an easy choice.
If you’re in the market for a new iPhone now and are uncertain about which way to go, the answer has to be to opt for the iPhone 5s. In two years’ time, when you’re installing iOS 8, you’ll almost certainly regret it if you don’t. 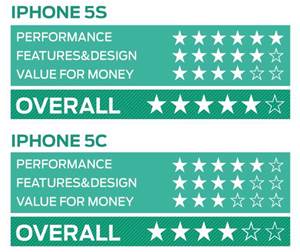