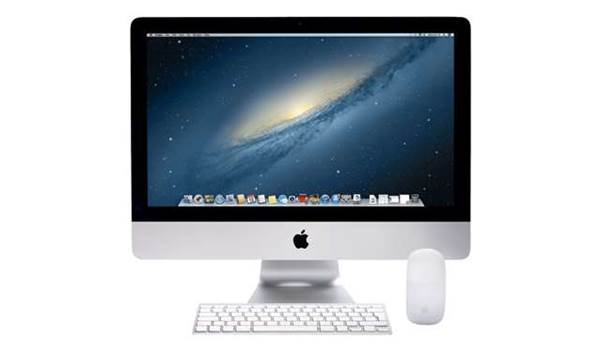 A favourite of trendy boutiques and home offices, the Apple iMac is still a striking front-of-house computer for a small business.

A process of constant refinement has established the iMac as the best-looking desktop PC around. 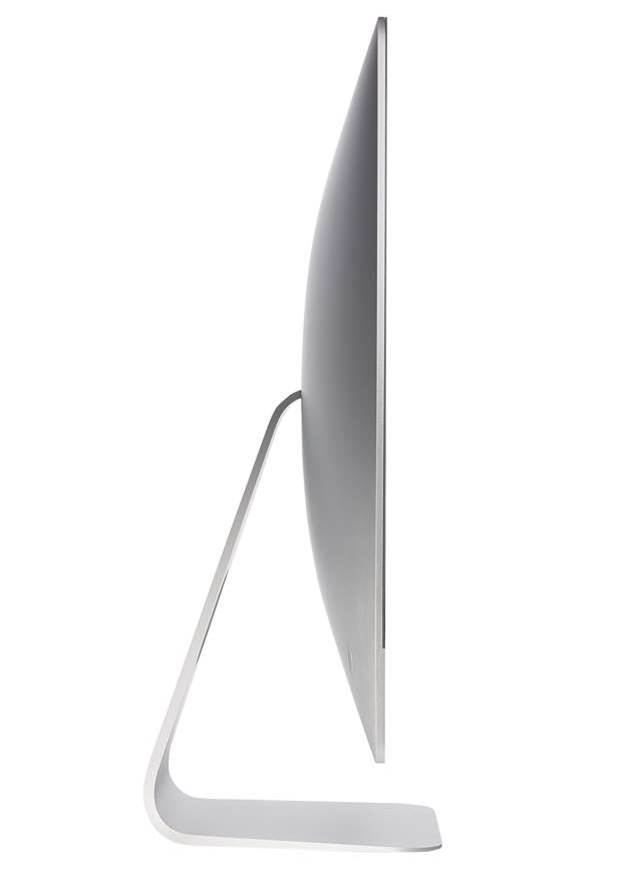 I have read and accept the privacy policy and terms and conditions and by submitting my email address I agree to receive the Business IT newsletter and receive special offers on behalf of Business IT, nextmedia and its valued partners. We will not share your details with third parties.
Viewed head-on, you might wonder what Apple’s changed with this year’s model. Peer around the side, however, and it quickly becomes apparent: the 25mm edge of the previous-generation machine has been whittled down to an astonishing 5mm.
The iMac isn’t this thin across the whole width of the chassis. It bulges to a more accommodating 40mm in the centre where all the components are housed, but it still makes a considerable difference to the way this all-in-one looks.
Approach it from an angle and it seems to float above the desk, suspended in midair.
Interestingly, Apple says this newer, sleeker iMac can’t be manufactured using the old methods, so it now uses a technique called “friction-stir welding” to join the metal section below the screen to the rear panel.
Fancy production techniques aside, though, most of the rest of the design is familiar territory. The screen is still surrounded by a glossy black border, the silver “chin” houses the familiar Apple logo and the curved stand looks as good as ever. Build quality remains sturdy, despite the trimmer profile.
Connections 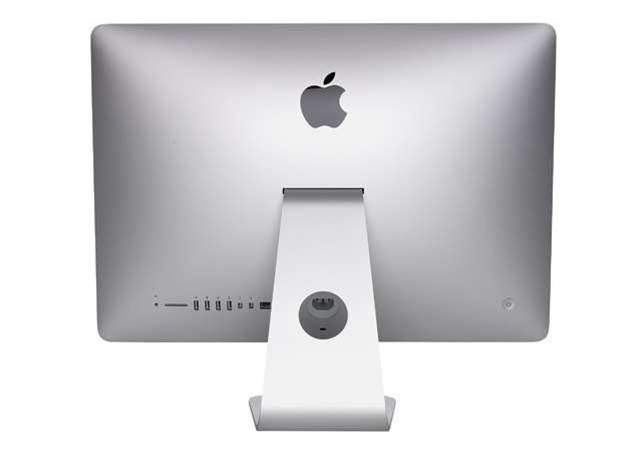 All the connections are located at the back of the screen – there are four USB 3 ports, two Thunderbolt connectors, a Gigabit Ethernet socket and a headphone jack.
There’s no room on the side for the SD card slot or an optical drive, however, so the former has been moved to the rear and the latter has been removed entirely.
Specifications
This upgrade isn’t merely superficial. Inside, Apple has made major alterations, principally to the iMac’s storage subsystem.
Instead of just a hard disk or SSD, there’s the option to specify Apple’s new Fusion Drive. This combines a 128GB SSD and hard disk to provide the best of both worlds – the speed and responsiveness of an SSD and the high capacity of a hard disk.
The idea is to store frequently used applications and files on the SSD for improved responsiveness, while keeping less critical data on the slower, platter-based hard disk.
As you might expect, the operating system resides permanently on the SSD, and a selection of key applications is placed there, too, including Safari, iMovie, iCal and iPhoto. Over time, this changes as the system learns which apps and files you use most often, moving them to the SSD, and moving those that are rarely used back to the hard disk. (Note, however, that the benefits of the Fusion Drive aren’t available to those who install Windows via Boot Camp – that’s installed on the hard disk portion of the drive.)
The effectiveness of the system will only become apparent with prolonged use, but we can say categorically that the underlying hardware is excellent.
The iMac boots quickly, taking 15 seconds to reach the desktop, and the 128GB SSD is rapid. Its score in SSD read and write tests was not much slower than a PC-based SSD like the Samsung SSD 830.
Screen
Apple also boasts that the 1920 x 1080 IPS display is “75% less reflective” than last year’s model. That’s a pretty meaningless statistic, but there have certainly been design changes.
The glass front is now laminated to the LCD underneath, eliminating a small 2mm gap, and the anti-reflective coating has been altered. To our eyes, it’s an improvement over previous models, although it still catches more reflections than a traditional, matte-finished monitor.
Regardless of reflectivity, the screen quality is outstanding. The brightness level outshines the competition and the contrast ratio is simply superb. Apple colour-calibrates all its panels at the factory, so we weren’t surprised to discover colour accuracy was top-notch. With exceedingly broad viewing angles and no backlight bleed, it’s a dream of a screen that’s equally at home with colour-accurate photo editing and professional video applications as it is with displaying movies.
Even audio has been given an overhaul, with high- and mid-range notes from the slim speaker ports along the bottom edge sounding impressively airy, clear and full-bodied. They’re fine if you only listen to acoustic and choral music, but beware – there’s no bass at all. Good to know if you will be using the system at home for work as well as other purposes.
Processor and graphics 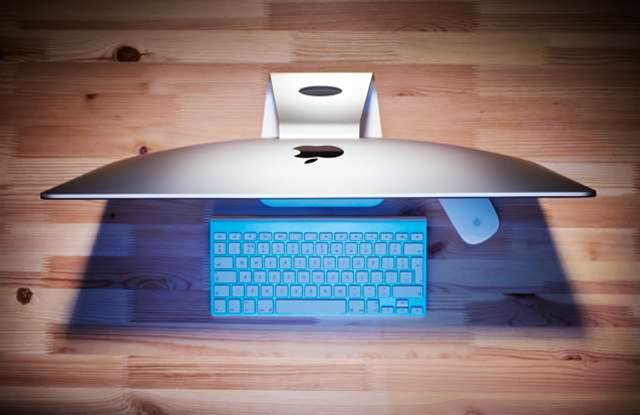 As usual, Nvidia provides the GPU, and the part in question is a GeForce GT 650M - a mobile chip based on Nvidia’s latest desktop cards. We haven't gone into detail here on gaming benchmarks, but if you will be using this system for having fun, as well as work, there is enough enough power to ensure the iMac is a strong option for a gaming machine.
It’s accompanied by an Ivy Bridge processor - in this case, the low-power, quad-core Intel 3.1GHz Core i7-3770S. Aided by 16GB of RAM, this cruised through our benchmarks with the second-fastest result we’ve ever seen from an all-in-one computer.
Our concern here isn’t speed, though, but heat. With all the components so tightly packed and only one internal fan, the new iMac can become toasty inside.
We stress-tested the system in Windows 7 and OS X and recorded peak temperatures of 100°C and 98°C under full load. The system never became unstable, and we don’t expect people to run the CPU at 100% load constantly, but it’s a concern.
Verdict
Fusion Drive, “friction-stir welding” and all the latest components clearly don’t come cheap, with the review iMac costing a hefty $2,478.
This is a lot to pay for a mere 21.5in all-in-one, but it’s possible to drop the price to a far cheaper $1,429 by losing the Fusion drive, specifying a slower but still perfectly adequate Core i5 processor, less RAM and a marginally less beefy Nvidia GeForce GT 640M.
Unfortunately, you lose the fast storage performance in the process, but with a display this good and a much faster graphics card, we’d still choose this over most pricier, Windows 8-based models.
Verdict
An attractive new design and a host of small improvements combine to make the new Apple iMac 21.5-inch a stunning all-in-one computer. Read the review.
Performance
Features & Design
Value For Money
Overall
Specs
$2478 AUD
(pricing info)
Copyright © Alphr, Dennis Publishing
Tags:
2013 215 215inch apple hardware imac inch review
By Mike Jennings
Mar 11 2013
6:43PM