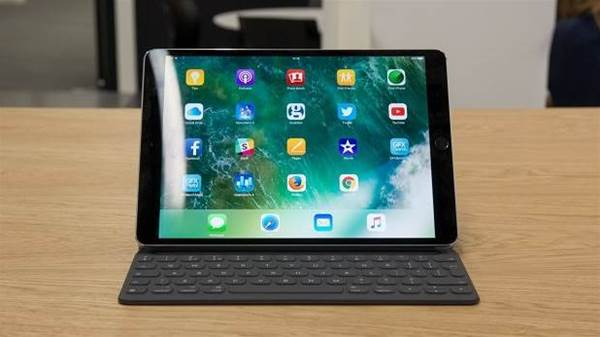 Looking to replace your tablet or laptop? The new iPad Pro may be a viable option for both.

The first change you’ll notice to the 10.5-inch iPad Pro, somewhat given away by its name, is the new display size. But it also has a slightly different design to its pro and non-pro iPad siblings.

The new iPad Pro couples compactness with a bright display that boasts an outstanding refresh rate, but its performance is what could really sets it apart. Responsive to touch and optimised for multitasking, the 10.5in iPad Pro is Apple’s best pitch yet against the laptop.

At a glance, the 10.5in iPad Pro looks to have the same footprint at the previous 9.7in iPad Pro. Measuring 251 x 174 x 6.1mm, it is in fact slightly larger, but makes the most of this real estate with thinner side bezels. The result is a tablet that offers close to 20% more screen real estate than its predecessor but in a chassis of similar size and appearance. At 469g, it’s also only marginally heavier than the 437g 9.7in iPad Pro.

Slim bezels are in vogue, with the Samsung Galaxy S8 demonstrating that there’s plenty of demand for devices that spread their displays across the whole of their face. The 10.5in iPad Pro doesn’t quite have Samsung’s “Infinity Display” design, but the thinner side bezels give the new iPad Pro a premium aesthetic that sets it apart from its predecessor. It looks an awful lot more appealing than the regular 9.7in iPad that was launched earlier this year. 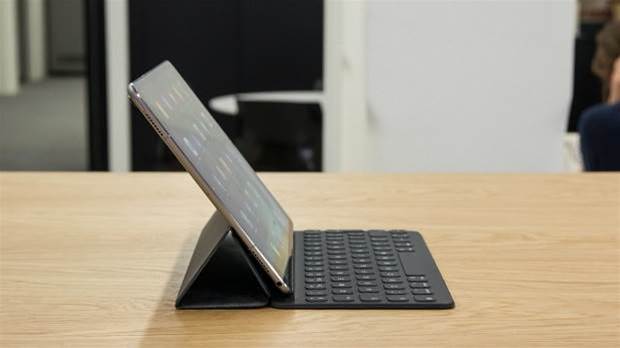 The one worry with this new design would be accidental touchscreen activation, but Apple’s palm-rejection technology does an excellent job of judging what’s purposeful from accidental.

The iPad Pro range’s display was already fabulous, and Apple has only improved on its clever screen technology with this year’s revamped lineup. Both the 12.9in and 10.5in models come with a redesigned Retina display, each packing a pixel density of 264ppi. In the 10.5in variant, the resolution is 2,048 x 1,536 pixels and Apple’s a DCI-P3 colour gamut tuning brings a resplendent vividness to whatever takes up that space.

Monument Valley 2, for example, is a joyful bloom of colours that looks spectacular on the iPad’s screen, regardless of whether it’s played indoors or outdoors. The iPad Pro’s True Tone display, which debuted in the 9.7in model, automatically adapts colour and hue to suit the light of a given environment and with the iPad Pro’s anti-reflective, oleophobic coating keeping glare and fingerprint smudges to a minimum, I was able to play games on a café patio, write emails underground and read articles in the back of a car as it passed in and out of shade just as comfortably as if I was sat in the office.

If you’re used to the iPad Pro, you’ll already be familiar with True Tone and this coterie of extras. What the new lineup brings to the mix, however, is a refresh rate of 120Hz. This “ProMotion” display setup considerably raises the game when it comes to screen responsiveness. Using either fingers or Apple Pencil feels very, very smooth, with images looking crisp in motion, and text maintaining readability as it whizzes across the screen. The refresh rate also dynamically changes depending on what’s onscreen, with the aim of maximising battery life.

The new iPad Pro lineup comes with a six-core, A10X Fusion chip and 4GB of RAM, both improvements on the 9.7in iPad Pro’s A9X and 2GB. And our tests, so far, reveal the new chip blows both its competitors and its predecessor completely out of the water.

That's impressive enough, but when you consider the multi-core score, you start to get a real feel for the new Pro’s power. While the 9.7in and original 12.9in models managed 4844 and 5095 respectively, the 10.5in iPad Pro ranked a staggering 9380.

Graphics performance is equally impressive. In terms of professional use, this means that the new iPad Pro is even more capable of editing 4K video and rendering 3D images, not to mention playing even more graphically demanding games. Not that the old tablet was a slowpoke.

Camera-wise, the 10.5-inch iPad Pro comes with the same 12-megapixel, ƒ/1.8 aperture camera as the iPhone 7 and a 7-megapixel FaceTime camera. Encompassing optical image stabilisation, quad-LED True Tone flash and the ability to shoot 4K video, the main camera is a stellar shooter, delivering pictures that look rich and full of detail and noticeably better than the 8-megapixel unit on the regular iPad. Couple it with a few editing tools and the new iPad Pro could make a convincing all-in-one film studio.

As with the previous Pro models, the 10.5in variant has punchy, four-speaker audio, which adjusts mid and high frequencies depending on how you’re holding the device. As for connectivity, you have the usual Smart Connection situated on the long left side of the tablet – three dots that promise a number of accessory match-ups.

There’s a new optional Smart Keyboard – if you already have one from the iPad Pro 9.7in, it won’t cover the full frontage of the new tablet – and it’s an identical design to the old one, sticking to the edge of the 10.5in iPad Pro like an extra limb. While I still prefer the heft of a laptop keyboard for prolonged writing sessions, this lightweight attachment is a useful tool for professionals less focused on typing.

Our review model of the 10.5-inch iPad Pro didn’t come with iOS 11 (it won’t be officially released until the autumn) but we had a chance to play around with the new OS at WWDC and it’s worth noting a few of its features, as they stand to provide some major upgrades to the iPad Pro.

iOS 11 looks to be the update that puts questions about the iPad Pro’s usefulness for “real work” to bed. The plethora of tweaks and additions are all aimed at increasing the device’s use as a multitasking work hub.

First, there’s a new Mac-like Dock, with the option for adding multiple shortcuts to apps, along with a trio of apps the iPad predicts you’ll use. Both are valuable features, reducing the number of taps and swipes before opening apps.

Multitasking has also been given an important upgrade in iOS 11. Whereas previous software versions have allowed multiple applications to be open on a single screen, the new setup now has much more flexibility.

An app such as Twitter, for example, can be opened beside Safari, but can also be dragged into a hovering “pop-over” window before being plonked down to occupy a portion of the screen on either side. 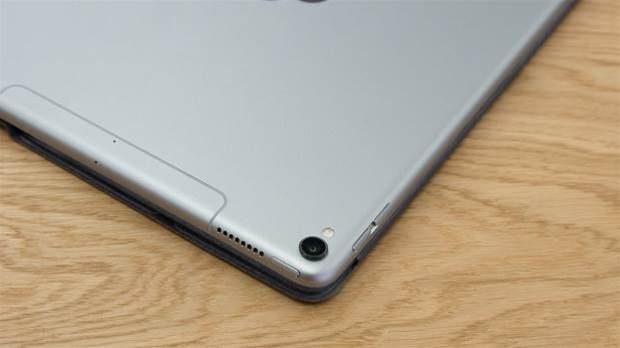 iOS 11 also adds a useful, multi-touch drag and drop. Cleverly, Apple has broadened this interactive grammar beyond the single-pointer, single-operation choices we’re used to with a computer mouse or a smartphone finger. If you want to, say, drag multiple pictures from an onscreen app into an off-screen app, you first use one hand to select different images, then use your other hand to swipe between apps, before releasing the first hand.

While iOS 11 won’t be available for a few months yet, it’s worth bearing in mind the improvements it’s set to bring if you’re buying an iPad Pro now. Soon these excellent tablets will be even more capable of handling the pace of professional work, with touch-based interactions that go further than mimicking those of laptops.

But if you’re looking to use the tablet as a replacement for a work laptop – and that work covers a lot of design or editing – then you should seriously consider the 10.5in iPad Pro. It’s more portable than a MacBook, less expensive and works out cheaper than many 12in or 13in ultraportable Windows 10 laptops as well.

With the match of iOS 11 and a newly responsive display, Apple looks like it has finally reached a tipping point with iPad Pro functionality.

Will it redefine the professional iPad, finally winning over naysayers and convincing users to opt for workplace touchscreens? Or will it be the final gasp for a sector that’s unable to find a place for itself between the worlds of laptops and smartphones? On the basis of the excellent 10.5in-inch iPad Pro, it deserves to be the former.